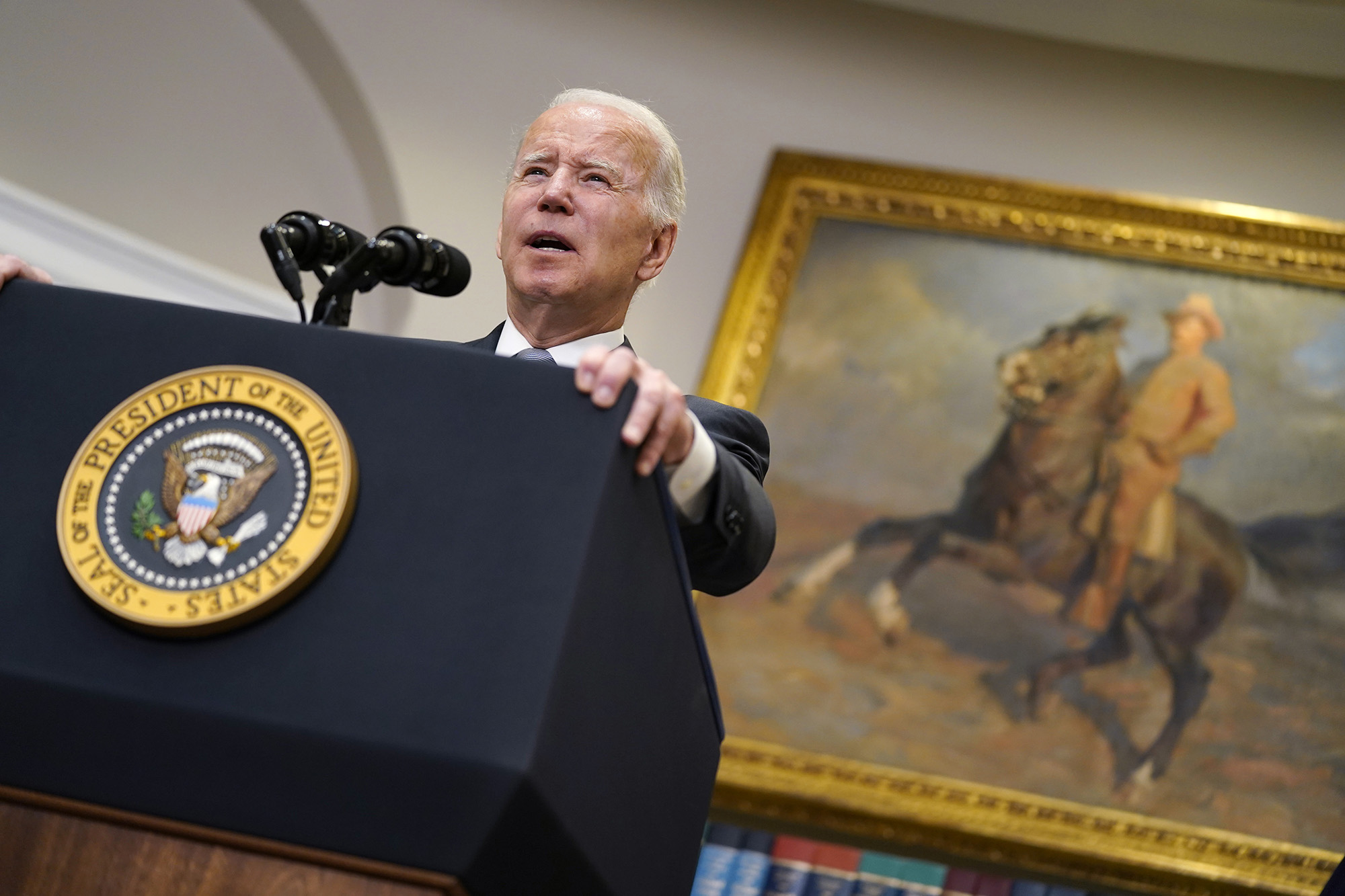 US President Joe Biden announced a separate tranche of $ 500 million in US assistance for the Ukrainian government in addition to the $ 800 million in military aid he pledged Thursday.

“In addition to bolstering Ukraine’s resistance on the battlefield, we’m also demonstrating our support for the people of Ukraine. Today, the United States is announcing that we intend to provide an additional $ 500 million in direct economic assistance to the Ukrainian government, ”Biden said in remarks in the Roosevelt Room.

The new aid brings the total US economic support for Ukraine, the President said, to $ 1 billion in the past nearly two months since Russia’s invasion.

The $ 500 million in funding can be used by Ukraine’s government “to stabilize their economy, to support communities that have been devastated by the Russian onslaught, and pay the brave workers that continue to provide essential services to the people of Ukraine,” Biden said.

He also announced “Unite for Ukraine,” a new effort to support Ukrainians seeking to come to the US amid the ongoing, brutal invasion, with approximately two-thirds of Ukrainian children displaced.

“I’m announcing a program, ‘Unite for Ukraine,’ a new program to enable Ukrainians seeking refuge to come directly from Europe to the United States. This new humanitarian parole program will complement the existing legal pathways available to Ukrainians, including immigrant visas and refugees processing, ”Biden said.

He described it as “an expedient channel for secure legal migration from Europe to the United States for Ukrainians,” noting that those migrants must have a US sponsor, including a family or non-governmental organization.

“This program will be fast, it’ll be streamlined, and it will ensure the United States honors its commitment to the people of Ukraine and need not go through our southern border,” he said.

Biden said the United States’ new actions were intending to send a message to Russian President Vladimir Putin as he continues his violent incursion into a third month.

“Our unity with our allies and partners and our unity with the Ukrainian people is sending an unmistakable message to Putin: He will never succeed in dominating and occupying all of Ukraine. He will not, ”he said.