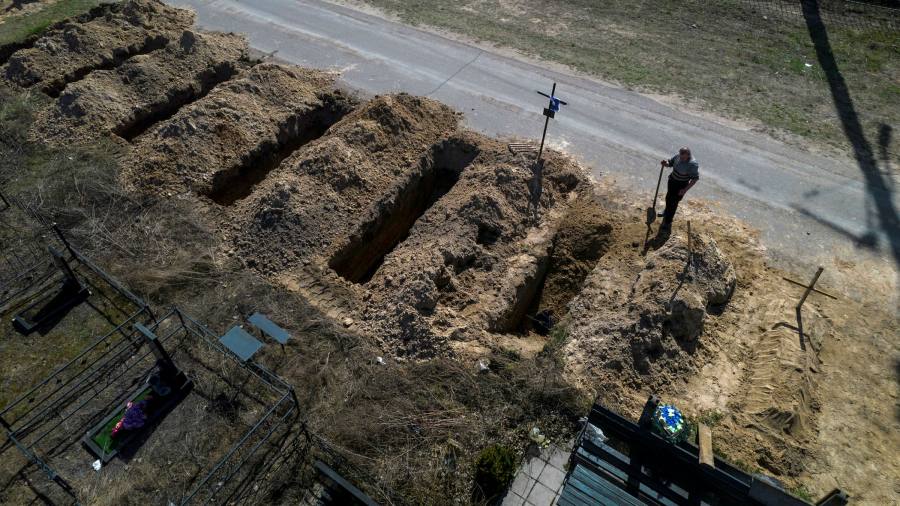 At an ethanol plant in Iowa on Tuesday, Joe Biden veered off topic from remarks on US inflation and consumer costs and declared Russian President Vladimir Putin’s war in Ukraine genocide, a sharp rhetorical escalation with potential legal consequences.

After doubling down on his assessment, the US president told reporters “we’ll let the lawyers decide” whether it qualifies as such.

It was the latest example of the American leader’s penchant for doling out strong and emotional proclamations, often going further than his own government and western allies.

Biden was among the first to call Putin a “war criminal”, though other leaders later joined the US in describing Russia’s actions in Ukraine as war crimes. In Warsaw last month he said Putin “can not remain in power”, later clarifying that he was expressing “moral outrage” but not a policy change.

Aides say Biden has been deeply moved by the atrocities in Ukraine and his forceful words reflect that.

However, his emotional responses have often forced aides to clarify that it was for the administration’s lawyers to make formal determinations, or that his words do not amount to a change in US policy. They have also raised questions about whether he is helping or hindering western efforts to end the war in Ukraine.

“The president was speaking to what we all see, what he feels is clear as day in terms of the atrocities happening on the ground,” Jen Psaki, White House press secretary, said this week, seeking to explain his genocide comments. She added that Biden promised to speak plainly while campaigning for president and his comments describing Putin as a dictator “who commits genocide half a world away” reflect that.

International law defines genocide as an act intended “to destroy in whole or in part” a national, ethnic, racial or religious group. Biden’s comments do not mean the US has made a decision to formally declare Russia’s actions in Ukraine genocide, which creates legal obligations under the Genocide Convention.

Many European leaders have avoided using the term “genocide”, fearing that dialing up the rhetoric could interfere with diplomatic efforts. Emmanuel Macron, French president, asked about Biden’s comments on Wednesday, saying: “I am very careful with some terms these days. . . I am not sure the escalation of words is helping the cause. ”

A majority of EU leaders have largely refrained from using the term “genocide” in the context of the war, even in private conversations, instead of reinforcing the need to bring those responsible for war crimes to account.

While some have credited Biden for his plain-spokenness, analysts cautioned that his pronouncements could increase pressure on Washington and its allies to do more as the war grinds on. The US and other partners have ruled out sending troops or creating a no-fly zone, wary of being drawn into direct conflict with Russia.

“The challenge here is just as with these atrocities themselves, the use of the term creates more political pressure to do more,” said Samuel Charap, a political scientist at the Rand Corporation think-tank in Washington.

“With each one of these emotional and visceral appeals that implicitly suggest we should be doing something about this, eventually that translates into pressure to intervene militarily.”

Biden’s aides were quick to walk back his comments in Warsaw that Putin could not remain in power, wary of any suggestion that they amounted to a US policy of regime change. Analysts and some western leaders said those comments could risk undermining careful efforts to frame the conflict as protecting Ukraine, rather than destroying Russia.

Daniel Fried, a former top state department official on Europe, said Biden’s consistent efforts to “push at Putin” appear to be deliberate efforts to signal a tougher US line. 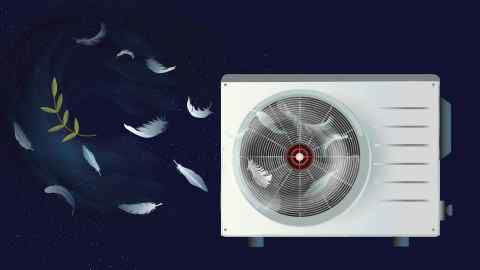 “The White House first treated it like he was off script, which is stupid – he’s the president. He’s not off script, you’s off script, ”he said. “He’s pushing things forward in a way I think is helpful.”

Biden’s passionate responses reflect his long history with Ukraine dating back to his time on the Senate Foreign Relations Committee, aides said. He was the Obama administration’s point person on the country, traveling there six times as vice president.

Administration officials said Biden has been a leader on calling Russia out since before the offensive started, including by sharing information about Moscow’s intentions and battle plans and rallying countries in a sanctions push. One senior official claimed that transparency lends him credibility on the world stage.

“He speaks from the heart, he’s going to call it exactly how he sees it,” a senior administration official said. “It’s actually been quite helpful to our diplomacy. . . because we have been very transparent about what we’re seeing. ”

Ivana Stradner, an adviser to the Foundation of Defense of Democracies, said that while Biden’s remarks appeared to be off-the-cuff, they are unlikely to escalate the conflict.

“He is saying things that many people think but cannot say out loud,” she said. “Putin is the kind of leader, the way he was trained as a KGB agent, he really does not respect weakness. . . any sugar-coated language is not going to make Putin a kinder or softer leader. ”

Rana Foroohar and Edward Luce discuss the biggest themes at the intersection of money and power in US politics every Monday and Friday. Sign up for the newsletter here