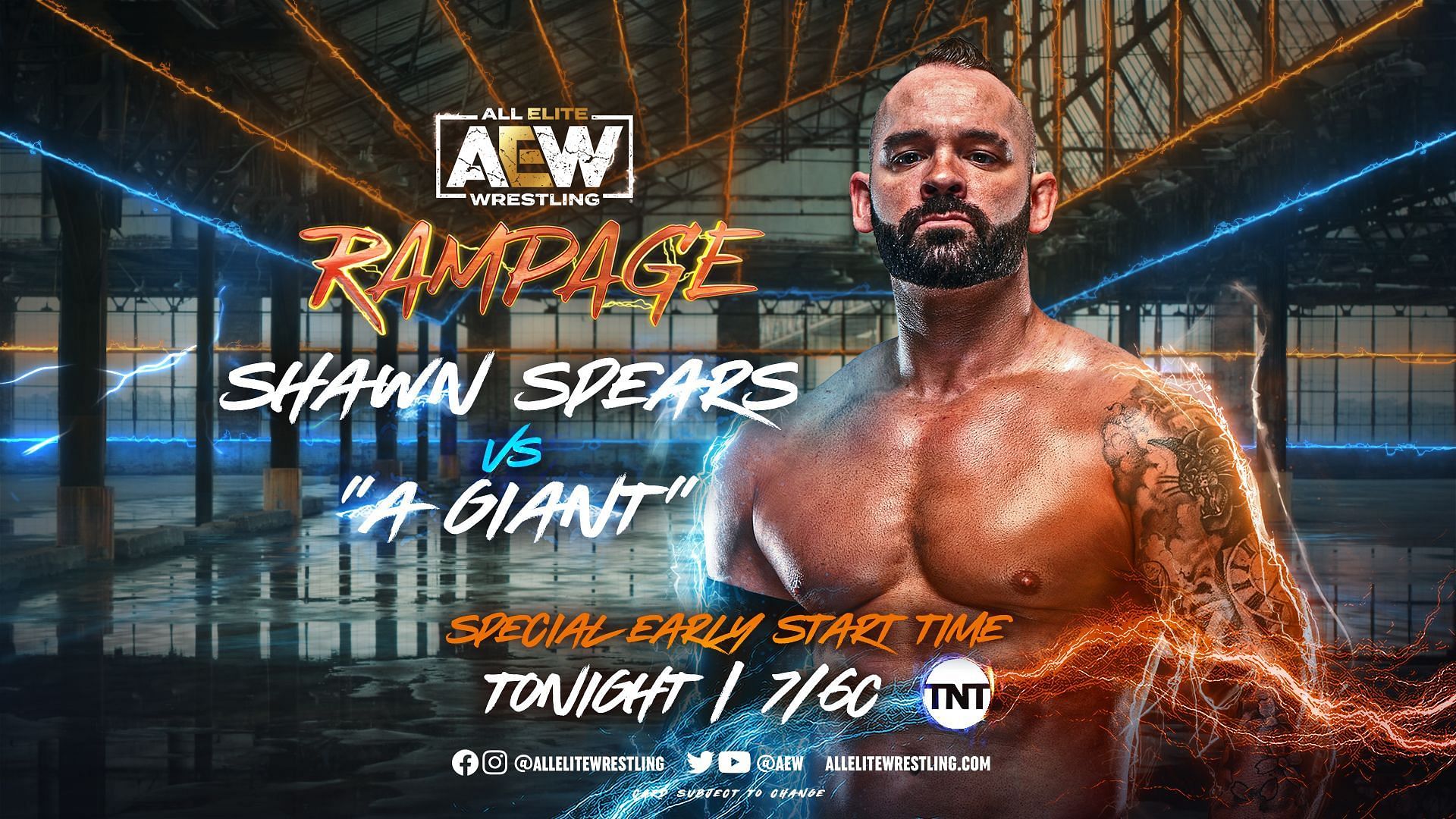 Big Damo, formerly known as Killian Dain in WWE, made his AEW debut tonight on Rampage to face Shawn Spears.

Damo was a part of WWE from 2016 to 2021 as part of a group called Sanity. The faction also consisted of Alexander Wolfe, Nikki Cross (now Nikki ASH), and Erik Young. He was released from the company in 2021 owing to budget cuts.

Meanwhile, The Chairman is slated to face Wardlow next week on AEW Dynamite inside a steel cage. The match between the two men has been laid down as one of MJF’s conditions for his former henchman to satisfy, before facing the Long Islander at Double or Nothing.

The former NXT Tag Team Champion emerged as the opponent for Shawn Spears after it was announced that The Chairman will face ‘a giant’ this week on Rampage. The match started out with some fast-paced action as Damo looked to gain the advantage. However, Spears made short work of his opponent as he planted the former WWE star with the C4 to win in less than two minutes.

Spears cut a promo after the match, perhaps fueled by confidence from his quick victory and the fact that he will be joined by MJF as a special guest referee in his cage bout next week. The Chairman insisted that Wardlow was “locked in there with him,” as he quoted Rorschach from Zack Snyder’s Watchmen.

When MJF first established The Pinnacle, he could not have possibly envisioned the group crumbling just one year later. However, that appears to be the case as only Shawn Spears stands with the Long Islander.

The original members of the faction were MJF, Spears, Wardlow, FTR, and Tully Blanchard. FTR found success within the stable as they captured the AAA Tag Team Titles from the Lucha Brothers. They dropped Tully Blanchard as their manager earlier this year, as rumors ran rife that they were set to align with Bret Hart.

Tully has since taken charge of Brian Cage, Toa Liona, and Kaun in ROH. Wardlow departed the faction after betraying MJF during the Long Islander’s Dog Collar match against CM Punk at AEW Revolution.

FTR have since refused to take sides between MJF and Wardlow, as the Pinnacle lies in tatters with only Spears and Friedman being together.

It remains to be seen what the future holds as The Salt of the Earth looks to be done with his former henchman once and for all at AEW Double or Nothing.