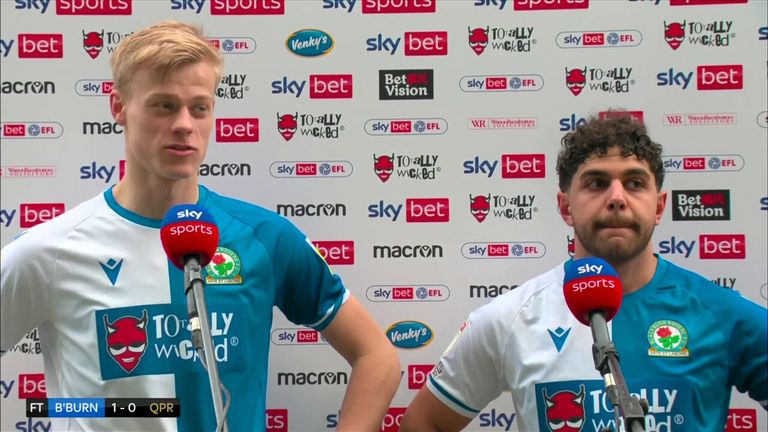 Blackburn ended a five-game winless streak and began to get their promotion push back on track with a slender 1-0 win over fellow contenders QPR.

Brighton loanee Reda Khadra – Rovers’ main threat in a game where chances came at a premium – was the match-winner, breaking the deadlock with 13 minutes to play when he hit a dipping free-kick in from a tight angle.

Tony Mowbray’s team move back up to third as a result, one point behind Bournemouth, who have played four fewer games. QPR drop back into fourth, one point further behind, and four points above seventh-placed Middlesbrough.

Blackburn win the battle of the out-of-form promotion candidates

Without a victory, or even a goal to their name, since January 24 – no doubt largely owing to Ben Brereton Diaz’s absence – Blackburn knew it was imperative to start well. They did, swarming onto QPR at every opportunity and greatly limiting their possession.

On the left, Khadra was the biggest threat for Rovers. The 20-year-old forward was sent through one-on-one and forced Rangers goalkeeper Seny Dieng into his first save of note after 15 minutes and delivered several crosses that were either saved or skidded past the far post.

Jimmy Dunne then slid in to snuff out another Khadra attack, before Bradley Johnson went close, but, out of nowhere, Rangers almost took the lead when Albert Adomah burst forward from defense and latched onto a gorgeous ball from Jeff Hendrick, with Thomas Kaminski alert to make a crucial save.

Having been caught on the leg by Sam Gallagher towards the end of the first half at Ewood Park, Dieng was replaced at the break by David Marshall, who was thrust straight into the action to push Khadra’s shot away from the lurking Gallagher.

Blackburn’s afternoon turned somewhat sour, too, when Ryan Nyambe was stretchered off after he landed awkwardly following a fair tackle from Jimmy Dunne.

But it got just that little bit sweeter with 77 minutes on the clock. Khadra stepped up to take a free-kick a few yards from the left-hand corner flag and hit a wonderful effort that looped over the stranded Marshall and over the line.

Both teams are back in action on Saturday March 5. Blackburn travel to Craven Cottage to take on leaders Fulham at 12.30pm – live on Sky Sports Football – with QPR hosting Cardiff at the Kiyan Prince Foundation Stadium at 3pm.