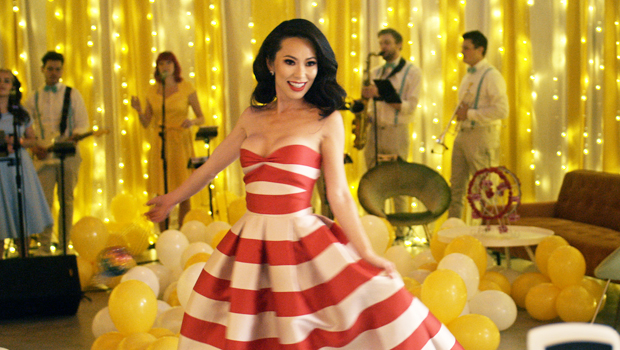 Bling Empire’s Christine Chiu admitted that she ‘takes a lot of hits for the sake of the show,’ and fans finally got to see what she meant when season 2A of the series premiered on Netflix this week. “There’s a whole other half of season two that is not released yet, so the drama continues to unfold and actually grows bigger. But in the end, the truth does come out, and the truth does prevail, ”Christine said on the HollywoodLife Podcast. “I just hope that viewers will stick with me and give me the benefit of the doubt. Yes, I would love for people to immediately side with me and be the most popular, but we’re on a show. This is a project and we wanted to keep people interested and engaged, so I do take the longer victory, I think. ”

The Beverly Hills Plastic Surgery co-founder confessed that she was “in such a dark place” at the end of season 2A, ahead of her stint on Dancing With The Stars. “Going through the death of my mother, which was very sudden and very tough for me. I had an estranged relationship with my father and I have no siblings, so it was really hard for me to go through all of that, plus the drama on the show, plus the betrayal from friends, ”she recalled. “I’m so grateful for Dancing With The Stars, because it took me out of all of that. It put me in a place of happiness. Dance is my happy place. I have been dancing since I was a little kid and music and movement was all very therapeutic for me. ”

Christine recalled “hours and hours” of rehearsals, “meeting with stage managers, costume designers, filming your package and your story,” and said she would do it “a million times over again.” Luckily, fans will get a behind-the-scenes glimpse of her hard work in the second installment of season two of Bling Empire.

She also teased the potential of giving Baby G a sibling, telling HollywoodLife that we will “see it all play out” in 2B. “Never say never!” Christine coyly replied. “There were so many doctors who told me I never, ever, ever would be a biological mother, and look at me now. I’m a mom of a rambling toddler who is full of life and joy. So, I think whether through a miracle or advanced technology or a combination of the two, I hope we get to see babies H, F, J, K! ”

As for when season 2B will be out, Christine admitted, “not soon enough!” “I have to endure all of this kind of like dragging my character through the mud until it comes out!” she laughed. Be sure to stream Bling Empire season 2A on Netflix now and listen to the full HollywoodLife Podcast here.

Netflix’s ‘Bling Empire’ Cast: Where Are They Now?