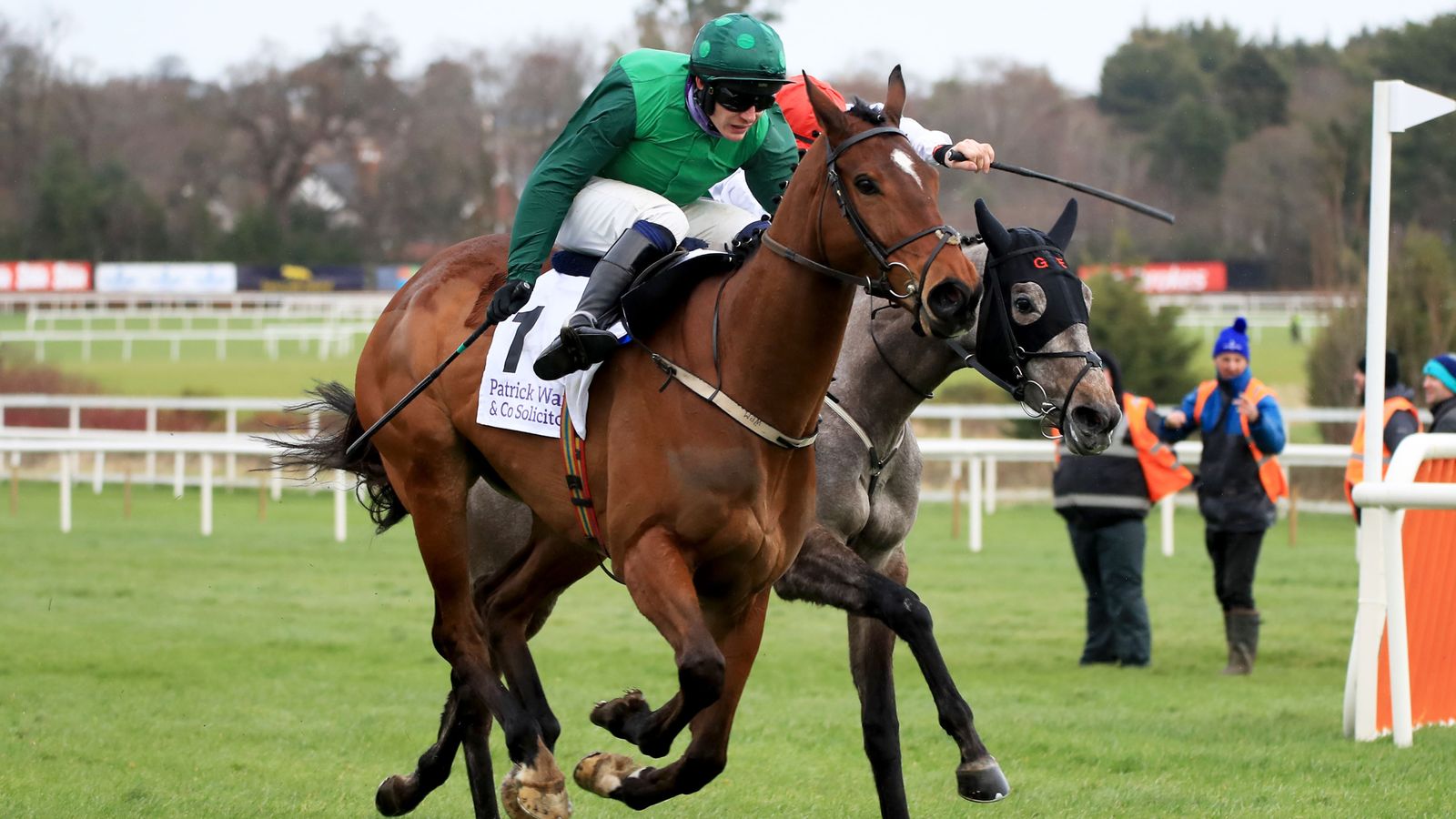 Willie Mullins’ seven-year-old arrived undefeated in two starts over fences, but he did not jump as smoothly as he had done earlier in the early stages when stablemate Saint Sam put a strong early gallop under Rachael Blackmore.

Halfway through, Saint Sam had really stretched the field out, but Jack Kennedy was keen to keep track of the leader aboard Gordon Elliott’s Riviere D’etel.

The mare took the race up and had an advantage by running to the last, where Paul Townend had a hard time keeping in touch with the Blue Lord (5-2), which proved crucial when Riviere D’etel made a mistake and lost high momentum.

The Blue Lord got away from the fence faster, but crossed in front of Riviere D’etel, which caused Kennedy to turn on his mount, and she then began to gather and closed within half a length. But while the stewards were watching, the rankings remained unchanged.

Betfair left the winner unchanged at 11-4 to Arkle at Cheltenham next month.