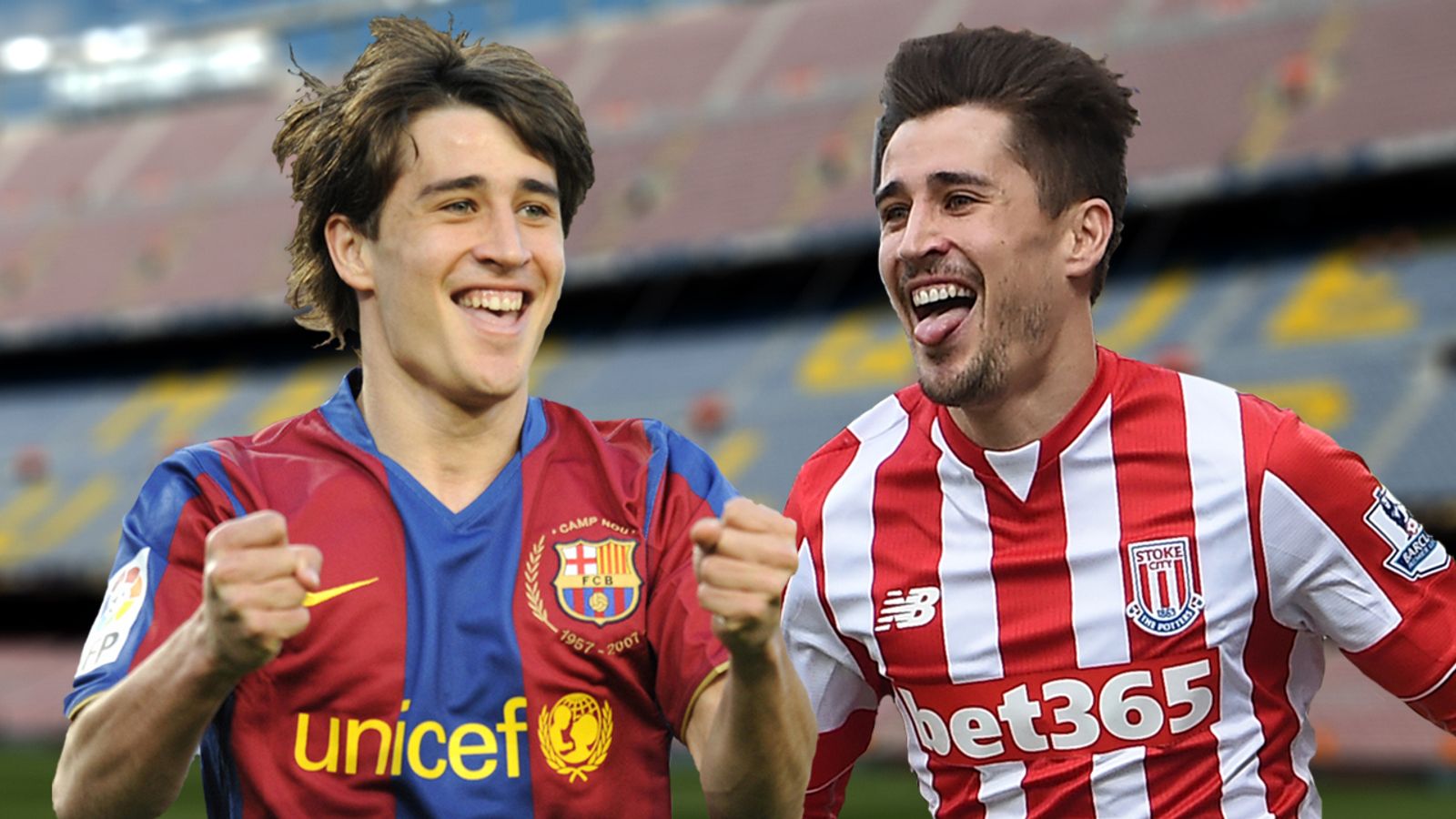 “If someone had written on a piece of paper all the things that I would experience since joining Barcelona aged nine, reaching the first team at 17, playing for some of Europe’s biggest clubs, living those amazing experiences, I would sign it immediately.”

At 31, Bojan is reflecting on his career. A Champions League winner twice with Barcelona and a folk hero at Stoke City, he has played and scored for Milan, Roma and Ajax. Now he is enjoying a new adventure in Japan alongside his old pal Andres Iniesta.

Iniesta has still got it in case you were wondering.

“He has his ability for life, you know,” Bojan tells Sky Sports. “Of course, he is 37-years-old and not as physically sharp as he was when he was 27. But he is still making the difference for us. Everyone looks to Andres. He is a unique player. He could play on for years. “

Bojan himself is not finished either. He has been in Japan since New Year’s Day preparing for the forthcoming season with Vissel Kobe, embracing the culture on a new continent.

“I always felt I had a special connection to Japanese culture. Everyone wants to visit Japan at some point in their lives. I was talking to my friends about a holiday here last summer. Soon after, I received the offer to play for Vissel. It is a privilege. “

Communication has not been easy. “It’s like living in another world here.” A translator is required in the dressing room. But there is lots to admire. “It’s how they act, how they treat people. Everyone wants to help. It’s a very respectful culture,” he explains.

“I am learning a lot about that culture. I am here to play football and I dedicate my day to that, making sure my body is ready to compete. But the rest of the day I read books about Japan, I try to visit the typical things here. I want to know as much as I can. “

Although Bojan does not see himself as a teacher, there is much for his team-mates to learn from him too. It has been some journey, one that has includes stays at Montreal and Mainz, but he will forever be associated with perhaps the greatest team there has ever been.

Bojan played 163 gamed for Barcelona in four seasons. He won La Liga three times, the Champions League twice and scored in a Copy del Rey final win. Lionel Messi was the only other player to score at least half a dozen goals for the club in each of those seasons.

It has been years since he visited Camp Nou and it is difficult for him to watch the matches on television now because of the time difference. But he still feels that connection. “I will always be a Barca fan,” he says. “That is not a thing you decide, it is a thing you feel.”

It continues to shape his thinking. “That is the style that I can feel and I believe can bring success.” But he is also a product of his experiences elsewhere, something that he has been reflecting on since completing his qualifications to become a sporting director.

“The way I see football, I want the ball. I played in the best team ever, or one of the best teams ever, playing amazing football. But I also played in teams that did not have the ball and were just running all day Between these two styles, you create your philosophy.

His time at Stoke taught him that there was a world beyond Barcelona in which he could still thrive. He was a key figure in what became a top-half Premier League team under Mark Hughes and the warmth with which he speaks of that experience shines through.

“Stoke, for me, it’s my second home,” he says. “It’s the place where I enjoyed my football the most.”

But what was it that made it so special?

“The way the fans treated the players. The years when I was there, we had fantastic seasons, finishing ninth in the Premier League, beating the best teams in the league and competing in every game. I enjoyed it everywhere but that was something special .

“My favorite moment was when they sang my name for the first time, the whole stadium. What is this? They sang my name because they respected me, they loved me, not because my name was Bojan. There was a special connection from the day that I arrived. “

Perhaps there is also satisfaction there that he was a success in the Premier League, the competition that he still regards as the world’s best. He had heard the cliches of cold and windy nights in the Midlands. But this child of La Masia managed to make it work.

“It is the best academy in the world. I believe in that philosophy. But let’s be honest, how many players make it at Barcelona? So, the other ones, as soon as you leave, there are only a few clubs that have the same mentality.Elsewhere, it is completely different.

“These players are not ready to play in teams that do not have the ball, teams that have to fight, teams where the running stats are more important than what you do with the ball. It is another world. These young guys are not really prepared to play in other teams. “

A move to Mainz provided new experiences. “One of the most special days in my career,” he says of the game at Bayern Munich in which his goal helped the relegation-threatened side stay in the Bundesliga. It means he had scored in Europe’s four major leagues.

Could he go to France and make it five? “You never know, I am still young, only 31.” How about a move to Belgrade, his father’s home city? “It is a part of me the Serbian side. I had some interest in the past from Red Star but it was never the right moment.”

For now, he is enjoying Japan. “The quality is high. One of the things that has surprised me is the intensity of the game here. There are no easy leagues now.” But it will not be too long before thoughts are turning to life after football – a career he is already planning for.

“I have learned a lot from studying to be a sporting director. I prefer it to coaching. A coach has to manage 25 players. The sporting director can really build a team. I like the idea of ​​discovering young talent and focusing more on the human side of the game. “

And when his playing days are over, there will be no regrets.

“Everything that I am still experiencing.”