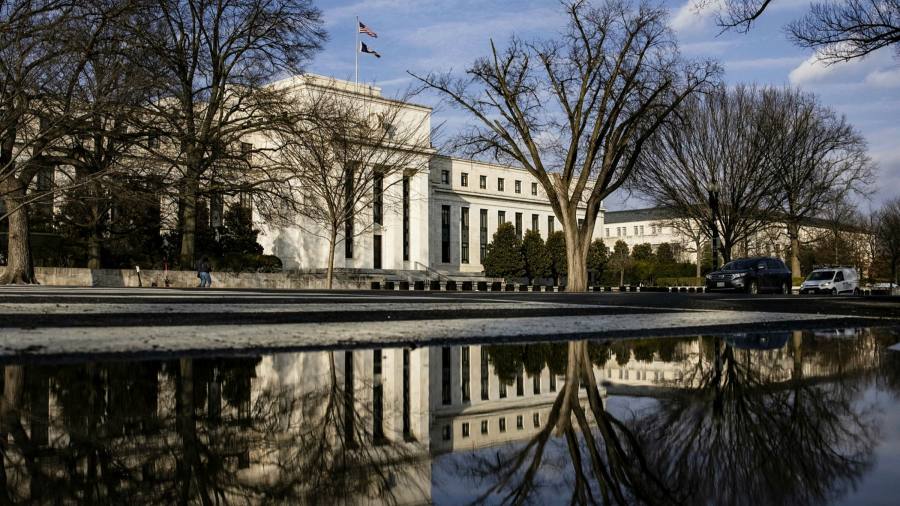 Global bond markets have suffered their deepest downturn since at least 1990 as investors brace themselves for rapid rises in interest rates from central banks that are battling the highest inflation in decades.

The Bloomberg global aggregate index, a broad gauge of government and corporate debt, has fallen by more than 11 per cent since its peak in January 2021, eclipsing a 10.8 per cent decline during the financial crisis in 2008 and marking the heaviest pullback in history of the index running back to 1990.

The selling has accelerated since the start of the year as central bankers signal their determination to rein in inflation, which has soared to the highest levels in decades – even if they risk choking off the economic recovery in the process. Federal Reserve chair Jay Powell on Monday hinted that the US central bank is prepared to act more aggressively if necessary to keep a lid on price rises after raising interest rates last week for the first time since 2018.

Markets are now expecting at least seven further rate US rate increases this year. The Bank of England raised interest rates for a third consecutive meeting this month and is expected to lift short-term borrowing costs above 2 per cent by the end of 2022.

Even the European Central Bank outlined a faster-than-expected wind-down of its bond-buying program at its most recent meeting. Its hawkish signaling comes as policymakers focus on record inflation despite the eurozone facing a greater hit than many other global economies from the war in Ukraine.

“This is a very different world for bond investors,” said Mike Riddell, a senior portfolio manager at Allianz Global Investors. “For the last 20 years we’ve lived in a world where as soon as growth starts to weaken central banks look to ease policy. Now they are determined to tighten even if that risks a recession. ”

The US Treasury market – which is on course for its worst month since November 2016 – has borne the brunt of the recent selling. The US 2-year note yield, which is highly sensitive to expectations of the path of short-term interest rates, climbed to a three-year high of 2.2 per cent this week, up from just 0.73 per cent at the start of the year . The two-year Treasury is on track to post its biggest quarterly rise in yield since 1984.

Longer-term yields have also jumped, albeit more slowly, largely as a result of rising inflation expectations, which chip away at the allure of holding the securities that provide a fixed stream of income long into the future. The US 10-year yield hit its highest since May 2019 at 2.42 per cent on Wednesday.

Bonds in Europe have followed suit, while even government bonds in Japan – where inflation is lower and the central bank is expected to buck the global hawkish trend – have recorded losses this year.

Adding to the pain for investors, corporate debt has suffered even sharper losses, widening the extra yield, or spread, that it offers relative to government bonds.

“For credit investors the bleakest scenario is when both interest rates and credit spreads move against you,” said Tatjana Greil Castro, co-head of public markets at Muzinich & Co. “That’s exactly what we are experiencing at the moment.”

“Interest rates have moved higher across jurisdictions. You can not just say ‘we’ll focus on Europe or we’ll focus on the UK’. Geographically there’s nowhere to hide, ”said Greil Castro

Losses for the safest government debt have also accompanied a pullback in equity markets. Although stocks have recovered most of the losses they made since Russia’s invasion of Ukraine major indices including the S&P 500 remain lower so far this year.

For some investors, the moves renew doubts about the traditional role of bonds within a portfolio as a counterweight that tends to rally when riskier assets are suffering, such as the classic “balanced” portfolio of 60 per cent equities and 40 per cent bonds.