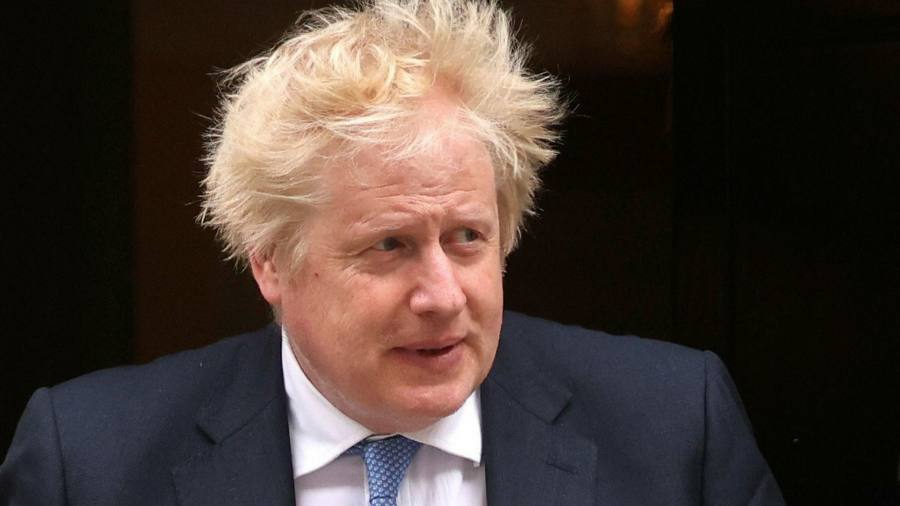 Boris Johnson has vowed to lead the Conservatives into the next election and urged people to focus on “things that matter”, ahead of a House of Commons vote on his handling of the partygate scandal.

Johnson will on Thursday table a “wrecking amendment” intended to defer for weeks a Commons vote to launch a formal investigation into claims that he deliberately misled parliament over the issue.

The amendment argues that MPs should await the conclusion of the Metropolitan Police investigation into Downing Street parties – and the full report into the affair by civil servant Sue Gray – before holding the vote.

Tory MPs are expected to back the amendment, which would effectively delay any vote to refer the matter to the Commons privileges committee until after the local elections on May 5.

The committee would assess whether Johnson had deliberately misled MPs over his attendance at Downing Street parties – an issue that would put him in contempt of parliament.

You’re better off focusing on things that really matter and make a difference to the electorate, rather than politicians

Speaking en route to India, Johnson stonewalled questions about the scandal. But asked if would fight the next election, he replied: “Of course, Yes.”

He said he could not foresee a situation where he would consider resigning. “I’m going to try to focus on the job in hand,” he said. “Not a lot springs to mind at the moment. I do not propose to go. ”

The prime minister played down the significance of the partygate scandal. “You’re better off focusing on things that really matter and make a difference to the electorate, rather than politicians,” he said.

Labor wants MPs on Thursday to mandate the Commons privileges committee to open a probe into whether Johnson told MPs the truth about the lockdown parties.

Johnson last week became the first serving UK prime minister to be found to have committed a criminal offense when the Met issued him with a fine for breaching coronavirus restrictions by attending a surprise birthday party in Downing Street in June 2020.

Labor’s parliamentary motion seeking an investigation by the privileges committee refers to four statements to MPs by Johnson last year when he said that no Covid rules had been broken in Downing Street and Whitehall.

On Tuesday, Johnson offered a “wholehearted apology” to MPs for breaking coronavirus rules by attending the birthday party in June 2020 and acknowledged that “people have a right to expect better from their prime minister”.

But he also denied deliberately misleading parliament with his past statements to MPs about the partygate affair. 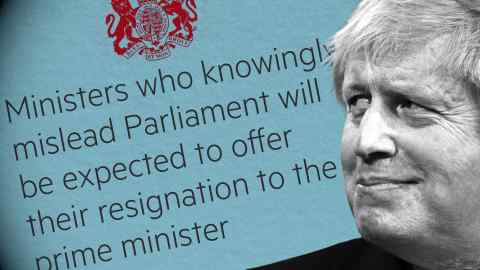 The ministerial code says members of the government who knowingly mislead parliament are expected to offer their resignation.

Johnson will not be present in the Commons on Thursday because he is on a two-day visit to India, starting in the Gujarati city of Ahmedabad, before moving to New Delhi on Friday.

Following Russia’s invasion of Ukraine, efforts by rebel Conservative MPs to push for a vote of no confidence in Johnson and a Tory leadership contest over the partygate affair have lost momentum.

One minister said Johnson was probably safe in the short term. “The bar for changing a prime minister is very high,” he added.

But Conservatives MPs said the mood in the parliamentary party was fragile because of concern that Johnson may face further fines for attending Downing Street parties during Covid restrictions and the possibility that the Tories could suffer big losses in the local elections next month.

Meanwhile, Johnson found himself embroiled in a row with Justin Welby, archbishop of Canterbury, over the government’s plan to send some asylum seekers to Rwanda for processing.

In his Easter Sunday sermon, Welby said the UK scheme raised “serious ethical questions”, adding that “subcontracting out our responsibilities, even to a country that seeks to do well, like Rwanda, is the opposite of the nature of God”.

At a private meeting with Tory MPs on Tuesday evening, Johnson said Welby had “misconstrued” the government’s plan, according to people present at the event.

Johnson declined at prime minister’s questions in the Commons to retract his criticism, telling MPs that he was “slightly taken aback for the government” at Welby’s comments.

He insisted on his flight to India that he had a “good relationship” with Welby but said that sending some migrants to Rwanda was “morally the right thing to do”.