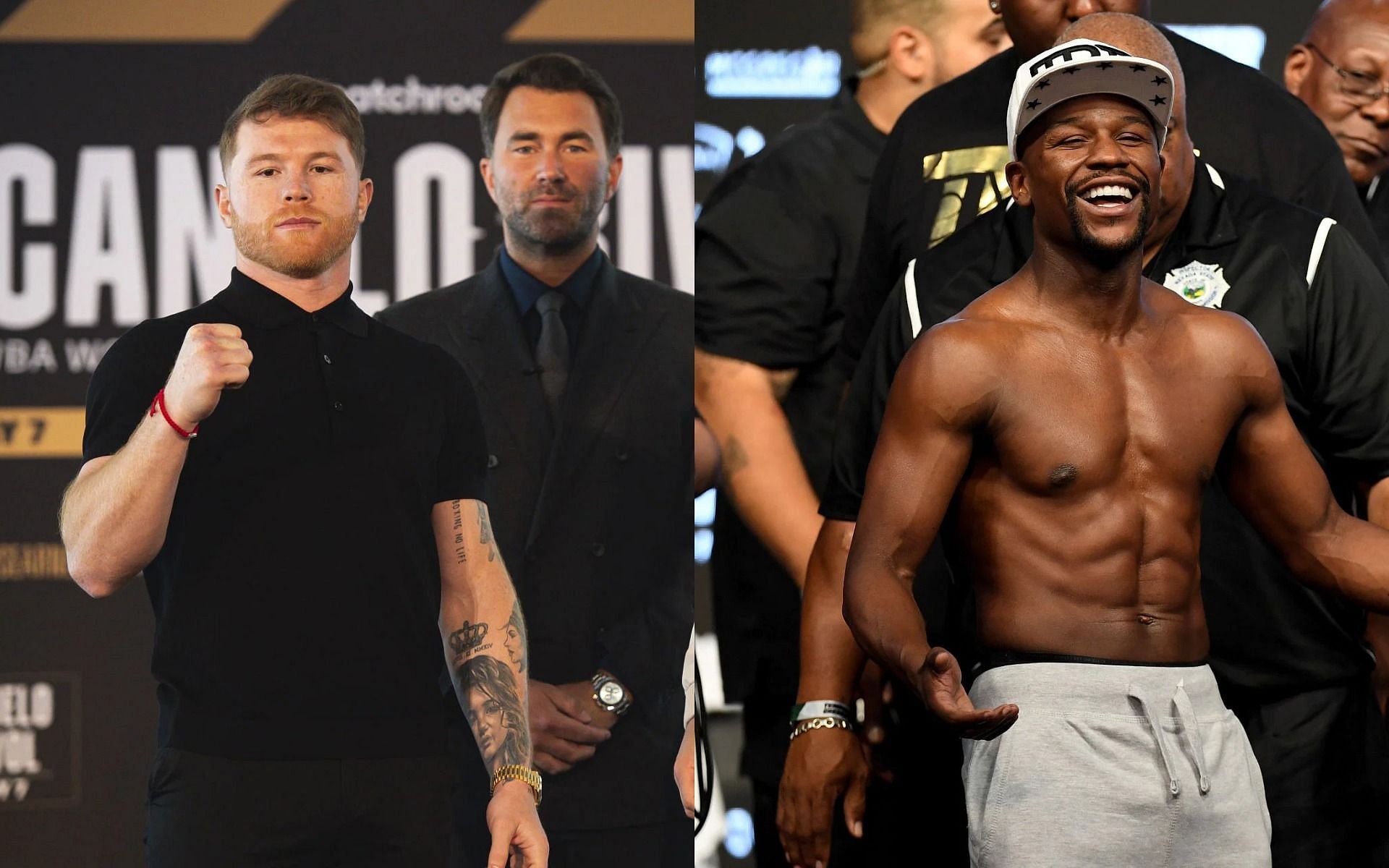 Hearn seems to be a believer in Alvarez’s skillset, enough so to sign him to a three-fight deal earlier this year. The multi-million dollar contract is set to begin with a huge showdown with the Russian next week, and also features a trilogy bout with Gennadiy Golovkin in September.

The 42-year-old has previously stated that he believes Alvarez has the capacity to be one of the greatest boxers of all-time when his career is over. In an interview with SportsBiblehe even suggested that he could defeat Floyd Mayweather in his prime.

‘Money’ is seen as arguably the greatest boxer to ever lace up the gloves. However, that does not mean that Hearn believes he would be able to defeat Prime Alvarez. In the interview, the boxing promoter said:

“It’s a tough question because Floyd [Mayweather] was so difficult to beat. Canelo is twice the fighter he was then. Could he beat Floyd Mayweather in his prime? I think so. “

Eddie Hearn’s comments are sure to catch flack from fans. The main reason being that Floyd Mayweather defeated Canelo Alvarez when they clashed in 2013.

In September 2013, the two undefeated boxers clashed with the WBA (Super), WBC, and The Ring super middleweight titles on the line. Years later, it was revealed that Alvarez’s then-promoter Oscar De La Hoya told him to avoid the fight.

Nonetheless, the 23-year-old Alvarez stepped up to the plate against ‘Money’. In the end, the youngster was the victim of a boxing clinic, as he could not even hit the legend. At the end of the night, Mayweather earned the win via majority decision.

While Mayweather did indeed easily defeat Alvarez in their lone matchup, many fans believe that the fight would be different if they clashed in their primes. When they did have their pay-per-view clash, ‘Money’ was 36 years old, while the Mexican superstar was only 23.

While many fans currently doubt Eddie Hearn’s comments about Canelo Alvarez, the 31-year-old has a chance to add to his legacy with a win over Dmitry Bivol in May.