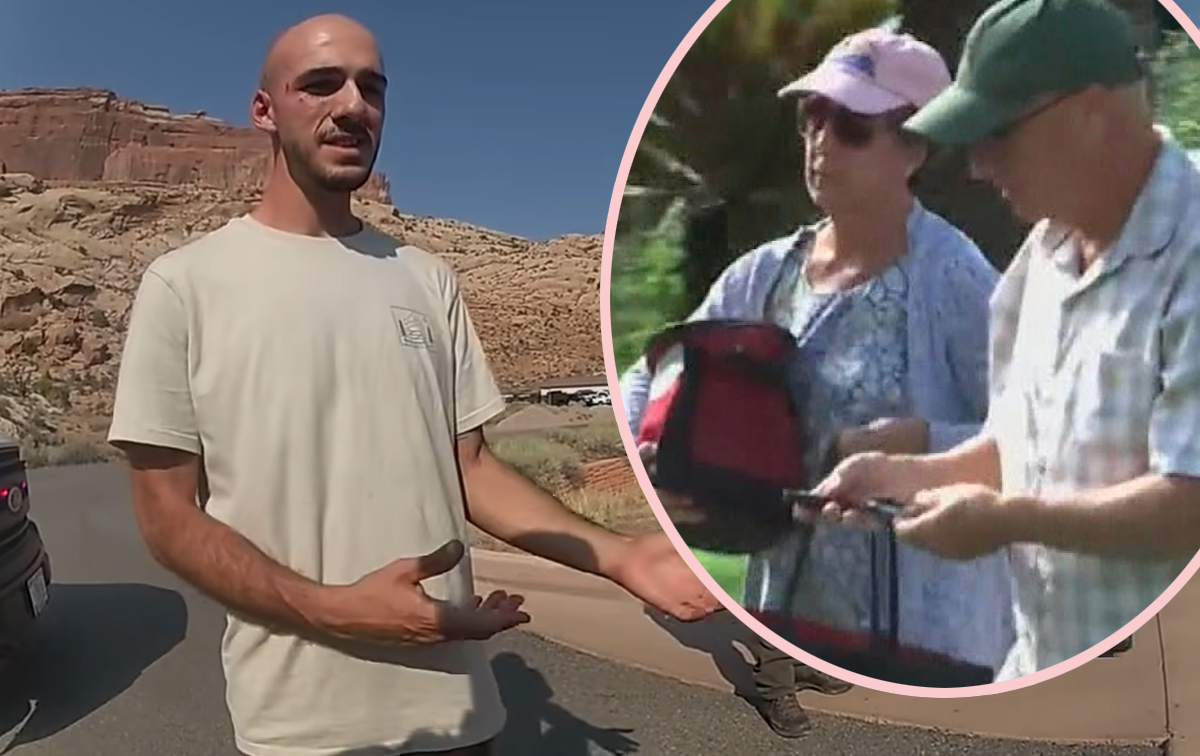 While the Gabby Petito murder case is pretty definitively closed – in that we know from the FBI that her fiancé Brian Laundrie admitted to killing her in his personal notebook before committing suicide – there are always going to be more questions.

Some of those are being answered thanks to a family source spilling to The Sun. on Wednesday.

In particular, we’ve wondered what the plan was when the 23-year-old stayed with his parents – then suddenly decided to disappear into the swamps of Florida, just before Gabby’s body was discovered. If he was just going to go on the run, why not do that in the first place? Before the case became a national concern?

Related: Gabby’s Family & Friends Share Tributes On What Would Have Been Her 23rd Birthday

This insider claims Brian was actually thinking about turning himself in! The source, who wished to remain anonymous, said:

“I’m sure he was contemplating everything. I’m sure he told his parents would turn himself in and fight the case. But that whole day was awful. ”

That’s right. According to this source, Brian’s parents did NOT help him escape capture – they did not even know he was leaving when he did! This insider, purportedly close to the family, says they assumed he would turn himself in. Interestingly, if that’s true it does kind of confirm they knew he had committed the murder, right? Unless he convinced him there was a perfectly explainable reason he was innocent but still expecting a warrant to be issued for his arrest?

In any case, this family confidant says it was a very specific moment that changed his mind: his mother, Roberta Laundriewas apparently in danger of being arrested!

The police were talking to Steven (Bertolino, the Laundries’ lawyer), and all the media frenzy stuff started. Brian found out that they might arrest his mom. That’s when he left. ”

Did he hear this on the media coverage? Or is the source saying police warned the family lawyer that they’d be arresting Roberta and Chris Laundrie because they’d already come to the conclusion they were hiding something?

Either way, says the insider, that was the breaking point – and when he left he did NOT get his parents’ help or even their blessing:

“His dad tried to stop him since he was leaving upset, but Brian said he needed to get fresh air and clear his head, which was not unusual for him.”

Wait, this does not make any sense. Is the source saying Brian told his parents he was going to the Carlton Reserve for a hike, just as they’ve always said? If that’s the case, how did they find him so fast in the Myakkahatchee Creek Environmental Park when they joined the search? Logically, it seems pretty clear they knew where he was. That does not really match with this account of them being completely in the dark…

The source went further in their defense of the parents, saying:

“And his parents are falling apart. It kills me because it’s not their fault. They did not cause this and they do not deserve this. I get such an awful knot in my stomach knowing they’re suffering so much. ”

In regards to the lawsuit Gabby’s parents filed earlier this month, in which they straight-up accuse the Laundries of covering up the murder and keeping important details from them, the source says it’s causing Roberta even more undue stress:

“The bottom line is the Petitos filed this lawsuit knowing that if his mom did do anything that she could be blaming herself and is living with the consequences.”

Hmm. These quotes do not really add up for us. And believe it or not, the Laundries’ lawyer said the same thing! Bertolino told The Sun. he knows exactly who the source claiming to be close to the family is – and he says:

“I do not know what her motives are.”

Hmm. But how much of what the source says was real? Bertolino says there are some “inaccuracies.” So was it really his mother’s freedom that had Brian worried? If so, why not turn himself in immediately? Surely going on the run left his parents more in the firing line, without the actual murder suspect to focus on. What do YOU ​​think about these new quotes ??