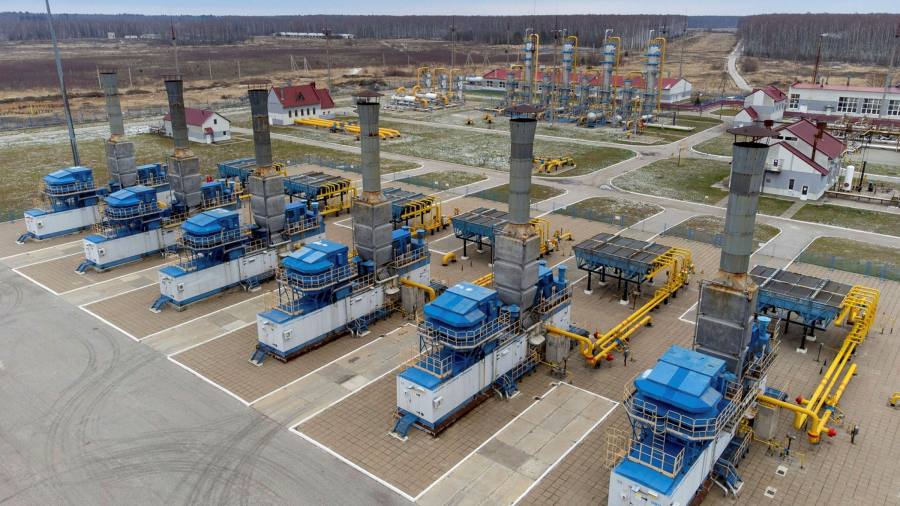 A British energy group will sell gas produced from one of the newest fields in the North Sea to a subsidiary of Gazprom at a time when western companies are under pressure to sever business links with Russia.

London-listed gas producer IOG has committed to sell its share of production from the Elgood gasfield to the Russian state energy company’s UK-based trading and marketing arm for two years.

Elgood, in which IOG has a 50 per cent holding, is scheduled to start production within the next fortnight.

The sales agreement with Gazprom was struck months before Vladimir Putin’s invasion of Ukraine but is due to kick in as western companies face a growing backlash over their dealings with Russian state-backed entities.

BP said on Sunday it would divest its 20 per cent stake in the Russian state-backed oil company Rosneft following pressure from the UK government. Shell said a day later that it would exit its joint ventures with Gazprom if it was “shocked by the loss of life in Ukraine”.

IOG said on Monday that if the Gazprom subsidiary were to become subject to further sanctions, it “would expect to sell this gas to another UK offftaker”. The company added that it already had a separate sales contract with BP’s gas marketing business governing its share of production from Blythe, another field shortly due to start production.

Energy trading businesses, including those linked to large energy companies, regularly strike sales agreements with producers of all sizes in an effort to diversify supplies.

Gazprom Trading & Marketing has been active in the UK gas market for more than 20 years and has offices in London and Manchester as well as internationally. It is principally a trader of energy products including natural gas and power but also has its own retail arm, which is one of the largest suppliers to UK industrial sites and businesses.

Energy industry executives pointed out that intermediaries such as Gazprom Marketing & Trading would have similar sales agreements with multiple other fossil fuel producers in Britain and Europe. Such contracts are not always publicly disclosed, making it difficult to gauge the true extent of their influence in the region.

The Elgood field is part of a new North Sea development known as Saturn Banks and is estimated to hold gas reserves of around 14bn cubic feet. While each individual field in the scheme is relatively modest in size, analysts said they collectively represented a sizeable resource for the 50-year-old UK oil and gas producing region, which is in long-term decline.

IOG’s agreement with Gazprom, reached after a competitive bidding process involving more than 10 traders, also covers the company’s share of production from several other fields in the Saturn Banks scheme, which are at a later stage of development.

UK Business Secretary Kwasi Kwarteng said on Monday there was a “strong moral imperative on British companies to isolate Russia”.

Sir Ed Davey, leader of the Liberal Democrat party, said the UK government “must assist British businesses trying to do the right thing in supporting Ukraine, even where that might mean offering legal support when businesses have to refuse to honor contracts with Russian companies ”.

Shadow energy secretary Ed Miliband said: “Just as BP made the right decision in seeking to divest from Rosneft, we would urge all oil and gas companies to reconsider their relationships with Russian firms.”

Gazprom Marketing & Trading did not respond to requests for comment on Monday.

According to its latest strategic report, the company paid a £ 179mn dividend to its immediate parent company, Gazprom Germania, in 2020 after generating a profit that year of £ 236mn. Its ultimate parent is PAO Gazprom in Russia.