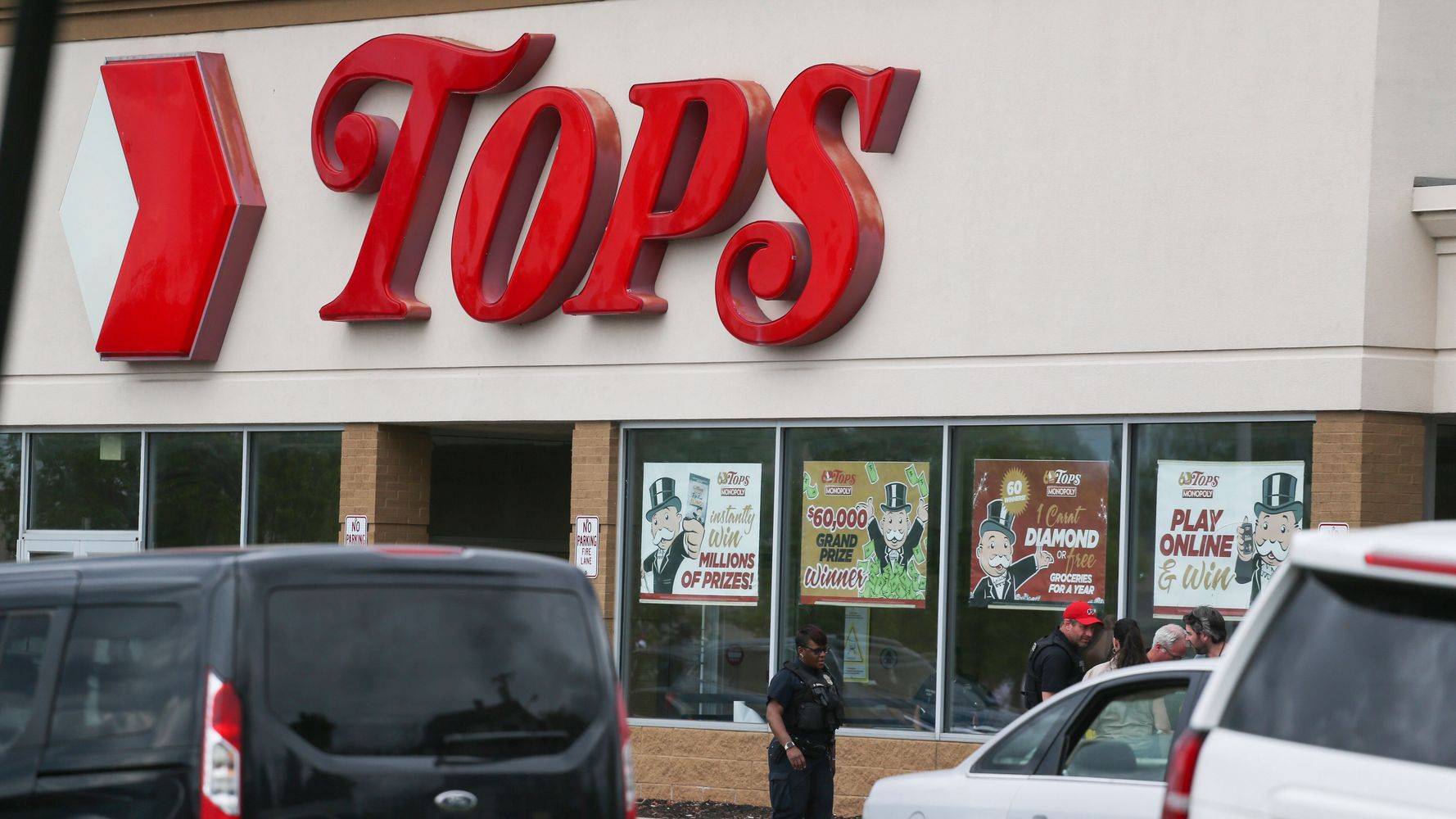 BUFFALO, NY (AP) – Tops Friendly Market was more than a place to buy groceries. As the only supermarket for miles, it became a sort of community hub on Buffalo’s East Side – where you chatted with neighbors and caught up on people’s lives.

“It’s where we go to buy bread and stay for 15, 20 minutes because if you just go in for a loaf of bread, you’re going to find four or five people you know, we’re going to have a couple of conversations before you leave, ”said Buffalo City Councilman Ulysees O. Wingo, who represents the struggling Black neighborhood, where he grew up. “You just feel good because this is your store.”

Now residents are grieving the deaths of 10 Black people at the hands of an 18-year-old white man who drove three hours to carry out a racist, livestreamed shooting rampage in the crowded supermarket on Saturday.

They’re also grappling with being targeted in a place that has been so vital to the community. Before Tops opened on the East Side in 2003, residents had to travel to other communities to buy nutritious food or settle for snacks and higher-priced staples like milk and eggs from corner stores and gas stations.

The fact that there are no other options lays bare the racial and economic divide that existed in Buffalo long before the shooting.

“People talked about demographics, income levels, crime and other factors,” Buffalo Mayor Byron Brown said. “I felt that the money here was as green as the money anywhere, that there was a lot of money to be spent in this community and there were needs to be served.”

Wingo said it was no accident that the gunman chose the store to carry out the shooting.

“Knowing the density of African Americans on this side of the city and going to that Tops knowing that this side of the city is a food desert was intentional, it was deliberate, and it was evil,” Wingo said. “And we know that because he did reconnaissance the day before to ensure that there were Black folks there.”

Tops said Wednesday its store remains under active police investigation. Once that’s done, “we will have a team assess next steps with the intention of rebuilding and repairing the store for the community in as short a period of time as possible,” it said.

In the meantime, Tops and others are working to make sure residents do not go without.

A makeshift food bank was set up not far from the supermarket. The Buffalo Community Fridge received enough monetary donations that it will distribute some funds to other local organizations. Tops also arranged for a bus to shuttle East Side residents to and from another of its Buffalo locations.

Pastor James Giles, coordinator of the anti-violence group Buffalo Peacemakers, said he has been juggling calls offering help from area churches and businesses, the Buffalo Bills, competing grocery stores and even the utility company after the shooting.

“I want us to be the City of Good Neighbors. And I do hope that we aspire to live up to that nickname, ”Giles said. “But I feel like we can not get there until and unless we tell the truth about the white supremacy and racism that is already present in our town.”

After decades of neglect and decline, only a handful of stores are along Jefferson Avenue, the East Side’s once-thriving main drag, among them a Family Dollar, a deli, a liquor store and a couple of convenience stores, as well as a library and Black-run businesses like Golden Cup Coffee, Zawadi Books and The Challenger News.

Jillian Hanesworth, 29, who was born and raised there, said construction of an expressway contributed to cutting off the neighborhood, with drivers passing underground without ever having to see it. At a recent rally, Hanesworth said she asked the crowd how many needed GPS to get there, and many of the white people raised their hands.

“A lot of people who talk about Buffalo do not live here,” said Hanesworth, the city’s poet laureate and director of leadership development at Open Buffalo, a nonprofit focused on social justice and community development.

Like many residents, she pauses to think when asked where the next-closest major grocery is located: None is within walking distance, and it takes three different buses to get to the Price Rite.

Before Tops opened on the East Side, residents, lawmakers and other advocates pushed for years for a supermarket after groceries and other stores closed in the neighborhood’s Central Park Plaza, Wingo said.

Yvette Mack, 62, remembers when the streets weren’t so empty. But when she was around 15 or 16, she noticed places going out of business.

“Everything started fading away as I got older,” she said.

Eventually she moved downtown but came back to the East Side in 2020, happy that a supermarket had returned. Mack says she shopped at Tops daily, sometimes three or four times, to buy pop, meat and to play her numbers. She was there Saturday before the shooting.

Now, she’s not sure she can go back once the store reopens, but hopes community conversations lead to more businesses on the East Side.

Hanesworth worries that when Tops does reopen, “it’s not going to feel like ours anymore.”

Sarkar and Nasir are members of AP’s Race and Ethnicity team. AP writers John Wawrow and Carolyn Thompson in Buffalo, New York, and Tammy Webber in Fenton, Michigan, contributed to this story.