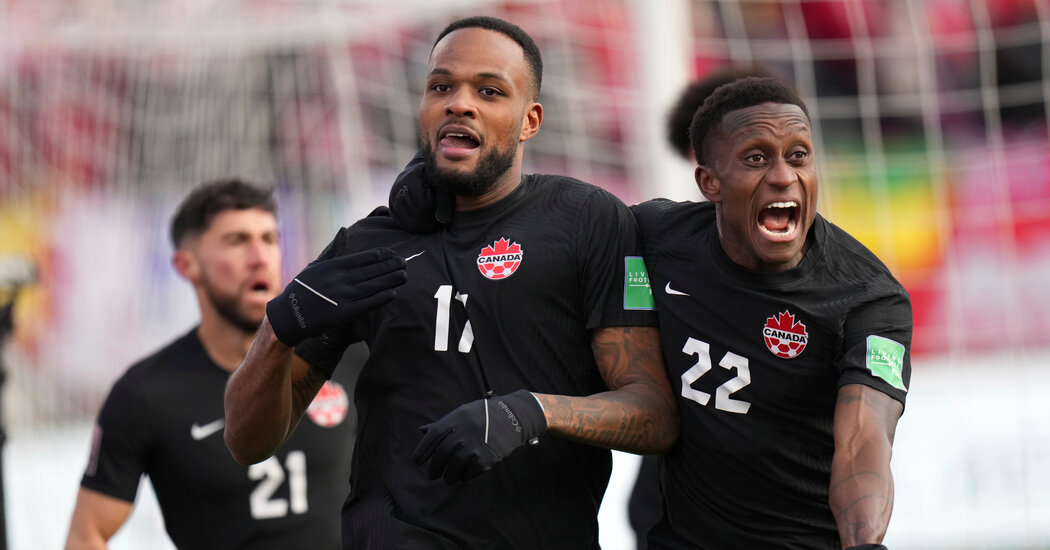 HAMILTON, Canada – If it was not already clear which country in North and Central America and the Caribbean had the best soccer team during this World Cup qualifying cycle, Canada provided another resounding argument for its primacy on Sunday.

With a 2-0 win over the United States on a frigid afternoon, Canada extended its lead atop the eight-team qualifying group that will determine the region’s berths in this year’s World Cup. Now four points clear of its closest rival with four games remaining, Canada has put itself in pole position for one of the region’s three automatic spots in Qatar in November.

And with its hardest tests behind it – Canada went unbeaten in home and away matches against the region’s two traditional heavyweights, the United States (1-0-1) and Mexico (1-0-1) – a generational achievement may be just around the corner: Should Canada qualify, its World Cup trip will be the first for its men’s team since 1986.

The defeat, in front of a raucous crowd in Hamilton, was a blow for the United States, but hardly a fatal one. The Americans remained in second place in the table, temporarily, just ahead of Mexico, which played Costa Rica later Sunday.

The last – and only previous – time Canada played in the soccer’s showcase tournament, only one player on its current national team roster was alive: defender Atiba Hutchinson, 39. But re-energized by a talented crop of young stars, and Europe-based pros like Cyle Larin, who scored an early opening goal on Sunday, and Sam Adekugbe, who added the late clincher, Canada has risen from years as an afterthought into a power.

With its victory, Canada remained the only unbeaten team in the final round of qualifying in the region, and posted its first victory over the United States in World Cup qualifying in 42 years.

Canada took advantage of a sloppy start by the United States to snatch an early goal after only seven minutes, and held on to the rest of the game even after the Americans began to dominate play. In front of a crowd that braved the wind chill of 18 degrees Fahrenheit at game time, Canada yielded its share of possession at times but little ground, matching the Americans’ pressure with aggressive, physical and at times pugnacious responses.

The opening goal came amid a series of US mistakes. Canada won Matt Turner’s short goal kick in the air and then used a quick interchange of passes to transform a turnover into a goal. Larin, after a give-and-go with Jonathan David, got a step on US center back Miles Robinson, who slipped trying to keep up, and blasted a shot past a diving Turner.

As the first half wore on, the United States slowly gained more control of both the pace and the ball. But the same issue that marked its earlier qualifying missteps returned: It failed to convert its chances.

US Coach Gregg Berhalter has relied on a rotation of players, particularly at forward, as he has chased both balance and goals in World Cup qualifying. On Sunday, he started Gyasi Zardes at striker over Jesús Ferreira, the surprise starter in Thursday’s win over El Salvador, and Ricardo Pepi, the teenager whose form may be the key to America’s World Cup hopes. Called upon again by Berhalter on Sunday, Zardes looked overmatched at times, and eventually was replaced in the 67th minute. Pepi offered a spark, but by then Canada had hunkered down to close out its victory.

Zardes, though, was not the only American who failed to convert his chances. In the 36th minute, Christian Pulisic sailed a free kick from just beyond the penalty area over the goal.

When Adekugbe split the defense on a counterattack in injury time and slotted in the second goal, the Canadians on the field, on the bench and in the stands knew victory – and perhaps a World Cup spot – was theirs. It may take another game or two, but for the players, and perhaps for some of their fans, it is starting to feel like the chance of a lifetime.