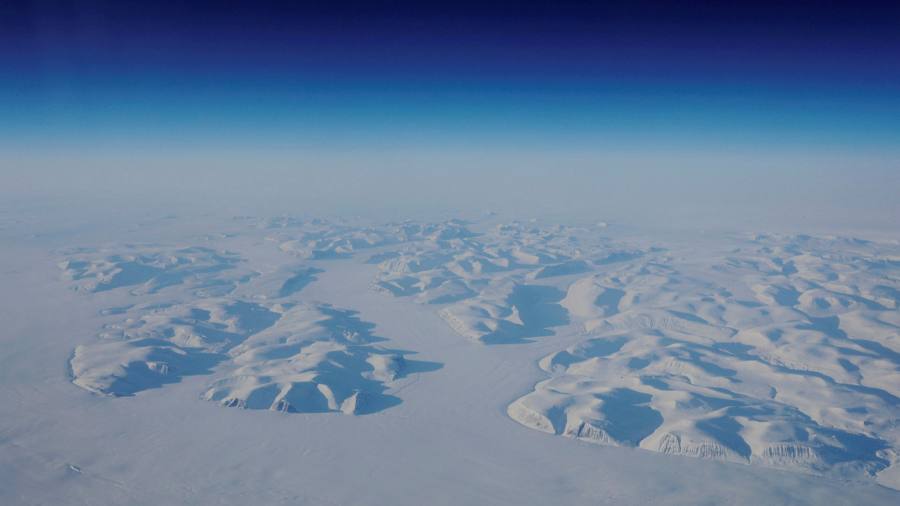 The “unavoidable” need to remove carbon dioxide from the atmosphere to limit global warming, starkly laid out in the latest UN report on climate change, has given a boost to the technologies involved despite their shortcomings.

Carbon removal includes through biological methods, such as planting trees and soil preservation, as well as chemically or mechanically, by using machines to extract it from the air and store it underground.

Some technological solutions would be needed because there was “only so much land, and you can not expect the land to mop up all the greenhouse gas emissions,” said Joanna House, from the University of Bristol, and one of the authors of the Intergovernmental Panel on Climate Change report.

Carbon capture technology would be needed to “reduce emissions we really can not get rid of”, and required investment “now, because they are behind the curve of what we need”, she said.

Biological methods, such as planting trees or changing agricultural practices, remain the cheapest way to remove carbon from the atmosphere. But there has also been increasing investment in more expensive mechanical methods such as “direct air capture” to combat global warming.

The IPCC concluded that emissions must peak within a window of just three years to avoid breaking the 1.5C level that would destroy habitats and lead to further extreme weather disasters. Temperatures have already risen at least 1.1C since pre-industrial times, and the urgent need to tackle greenhouse gases has raised the prospects for mechanical removal.

The day after the IPCC released its report, Swiss start-up Climeworks, which builds machines that suck CO2 from the air – rather than from the source of the emissions – said it had raised $ 600mn from investors including the Singaporean fund GIC, and Edinburgh -based Baillie Gifford.

“Technologically removals were always part of the equation, but in this report they are embraced more clearly. Which I think is a very important signal, ”said Nicolas Lefevre-Marton, managing director at Engie Impact, the consulting arm of Engie, the French multinational utility company.

The IPCC report would give a “bit of a boost” to the carbon removal industry, said Sushil Purohit, president of Wartsila Energy, a Finnish industrial group that builds power plants. The company has invested in one so-called direct air capture start-up, Soletair Power. “We will keep looking at this space with some interest,” he said.

The report was clear that the most urgent task is to cut emissions released by 43 per cent this decade directly. But it also recognizes the need for carbon removal to help address emissions that are extremely hard to eliminate, such as through industrial processes.

At the same time, it highlighted the downsides and limitations of carbon removal technology. Direct air capture requires “a considerable amount of energy” and is “less efficient and more costly than conventional carbon capture applied to power plants”, the IPCC report said.

Bill Gates, who has invested in direct air capture through his Breakthrough Energy group, has said he believes it is the technology that will be “the hardest” in his portfolio to prove itself financially.

Capturing 10 gigatonnes of carbon dioxide a year through a direct air capture machine – the level forecast for 2100 in several scenarios in the report – would consume an amount of energy equivalent to half of the world’s electricity production, according to the report.

For other types of carbon removal, such as forest management or agricultural practices that help to store carbon, the report acknowledged there are natural limits to how much can be removed.

Most importantly, the report cautioned that all types of carbon removal “might not deliver the intended benefit of removing CO2 durably from the atmosphere”.

“The dilemma we are facing is that we need to have carbon dioxide removal to bring our legacy into the atmosphere down,” said Stephan Singer, senior climate science adviser at the Climate Action Network of more than 1,500 civil society organizations, and an observer of the talks. “As an atmospheric scientist, I say, we need that one, but we need to be careful how we are doing that.” 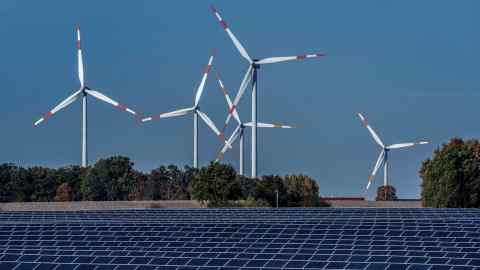 For the power sector, the most immediate message from the IPCC is to accelerate wind and solar energy development, as this would have the greatest effect in cutting emissions this decade out of all the technologies reviewed.

“The report recognizes that emissions need to peak by 2025, for us to get to this [1.5C] target, ”said Wartsila’s Purohit. “We have to implement renewable energy at a breathtaking pace, to achieve 50 percent reduction in emissions by 2030.”

Separately, the report also addressed the more controversial practice of carbon capture and storage, which typically refers to burning fossil fuels then capturing their carbon pollution in the smokestack.

References to CCS were added to the report’s summary document at the request of Saudi Arabia, as a major fossil fuel producer.

“The Saudis have changed their strategy, they have not been as vehemently opposed to 1.5C, instead they focused on” abated fossil fuels “which is a code word for CCS,” Singer said.

The IPCC report said: “CCS may be needed to mitigate emissions from the remaining fossil fuels that cannot be decarbonized, but the economic feasibility of deployment is not yet clear.”

But it warned carbon capture costs presented a “key challenge”. While some fossil fuel use may persist when combined with CCS in the long term, “it is likely that electrification or use of non-fossil alternative fuels will prove to be the cheapest options”.

Cement making, one of the most energy intensive industries, is among those counting on CCS. Thomas Guillot, chief executive of the Global Cement and Concrete Association industry group, said he expected a wave of investment in the coming years.

One IPCC report author said “of course” there would be more global attention on CCS, because the fossil fuel industry is now really scared about how bad climate change could be and it would like to be in business, so it’s desperate for a CCS solution ”.

Are you curious about the FT’s environmental sustainability commitments? Find out more about our science-based targets here