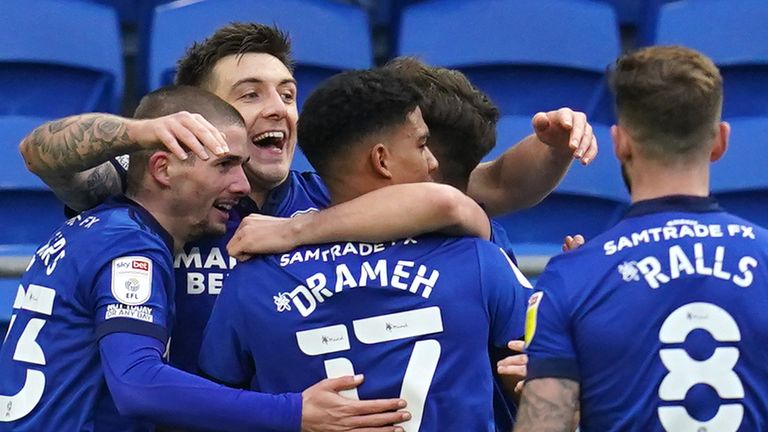 Cardiff gave their survival chances a significant boost on Sunday evening after they held on to beat Nottingham Forest 2-1.

The Bluebirds stormed ahead after just six minutes at the Cardiff City Stadium when Jordan Hugill – whose arrival on loan from Norwich was confirmed just hours earlier – fired in the opener.

Substitute Isaak Davies netted the important second goal with more than an hour gone to settle nerves and hopes of an unlikely comeback from the visitors, and though Keinan Davis did head in deep into stoppage time to extinguish hopes of a first clean sheet in 25 games for Steve Morison’s men, it was not enough to spark a dramatic comeback.

Despite Cardiff’s first league win since November 27, they remain in 20th place, though this result increases the gap between themselves and the relegation zone to six points. Forest stay eighth, two points outside the play-off places.

How Cardiff held on to earn an important – and deserved – win

Having struggled to establish any sort of consistency since Morison replaced Mick McCarthy in mid-November, Cardiff had been slowly sinking towards the bottom three and into the relegation battle at the bottom of the Championship. 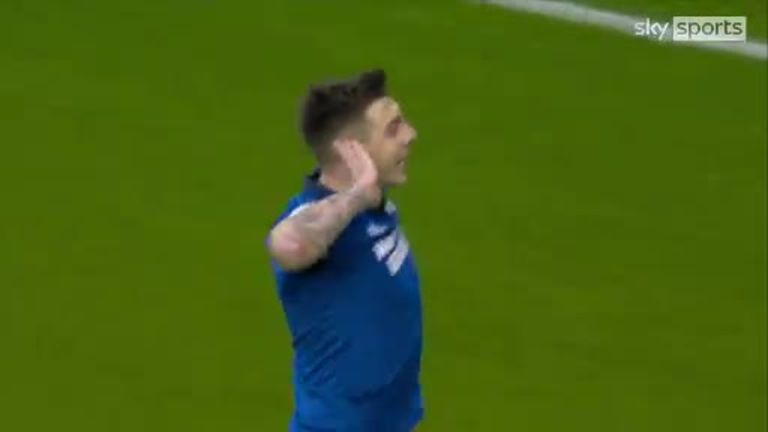 With new signings Alfie Doughty and Hugill in the starting line-up, they started on the front foot, with the latter immediately announcing his arrival after driving forward from midfield and tucking a low shot across Brice Samba and into the back of the net.

They afforded Nottingham Forest more time and space having taken the lead, yet the visitors struggled to break down their stubborn backline and, barring a dangerous ball across the six-yard box from in-demand wide man Brennan Johnson, offered little in terms of final product. 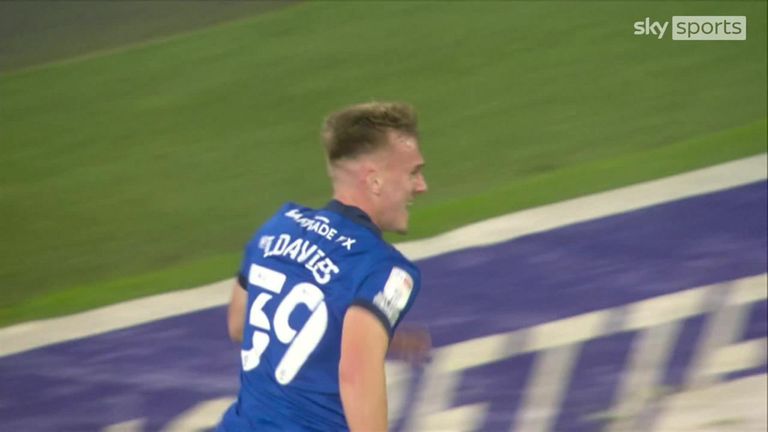 The visitors could have pulled level when a dangerous ball in from James Garner just evaded the clutches of Johnson, but soon found themselves two behind when Joe Ralls thumped a shot from 25 yards onto the left-hand post, with Davies on hand to control and casually prod the ball over the line.

As had been the case throughout the game, Forest struggled to fashion any goalscoring opportunities of note and suffered a blow when top scorer Lewis Grabban was helped off with what looked like a foot injury with just a couple of minutes of the 90s to play. Keinan Davis with a late consolation for Forest

Though Forest were reduced to 10 men as a result, having made each of their three substitutions, they did manage to pull one back when Davis leapt above Perry Ng to meet an inswinging corner, but it proved to be nothing more than a consolation.

Man of the match – Jordan Hugill 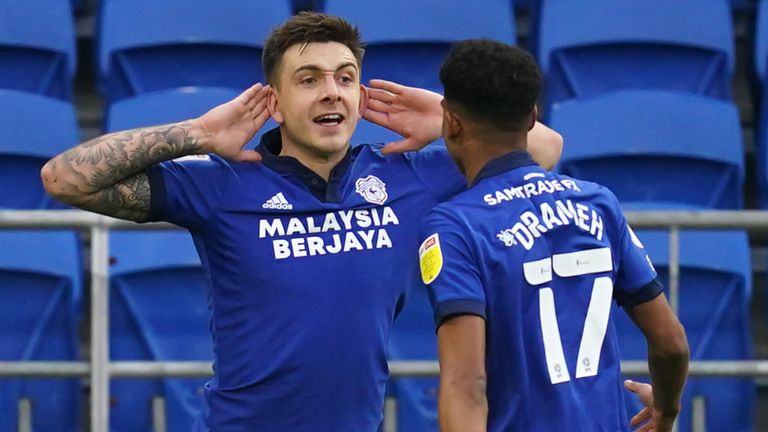 Following Cardiff’s 2-1 victory over Nottingham Forest, Man of the Match Jordan Hugill has said he believes his debut for the side could not have gone better

“He has been brought in for a variety of reasons and, today, he has ticked every single box. An outstanding debut.” 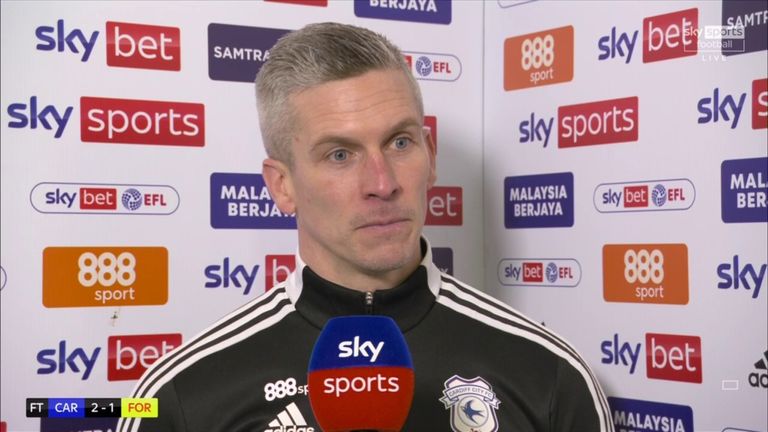 Cardiff’s Steve Morison: “It’s huge. We know we need to win games of football, especially with the teams around us losing over the weekend, and what an excellent job they did. We set them up in a game plan and we brought new players in because the players we already have need help.I thought, to a man, they were outstanding.

“We have been heavily reliant this year on players from the academy and younger players who have had good moments this year. The reality is that they need help and we need players to come in to help them to allow them to flourish. Isaak Davies scored the winning goal in the end, but my question is would he have been able to do that if the other boys hadn’t have put in that shift beforehand? 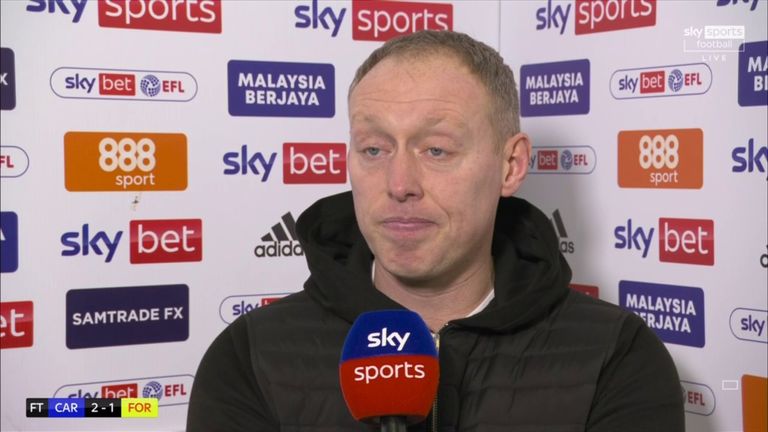 Nottingham Forest’s Steve Cooper: “We have only got ourselves to blame for not winning today. I think the goals were poor ones – we turned it over too easily on both occasions – and, technically, we were not at the level to create and score. For all of the decent areas we got in and for all of the ball that we had, we just did not create enough.

“In the end, if you want to create and score chances, you have to show a bit of quality, particularly in the way I want the team to play. We’re not going to just boot it in the box, we want to create ‘proper’ chances, but to do that, we need to be technically better than what we were today. “

Cardiff are back in action at 7.45pm on Wednesday February 2, when they travel to Ashton Gate to take on Bristol City, in a game live on Sky Sports Football. Nottingham Forest, meanwhile, host Leicester at 4pm on Sunday February 6 in the FA Cup fourth round.