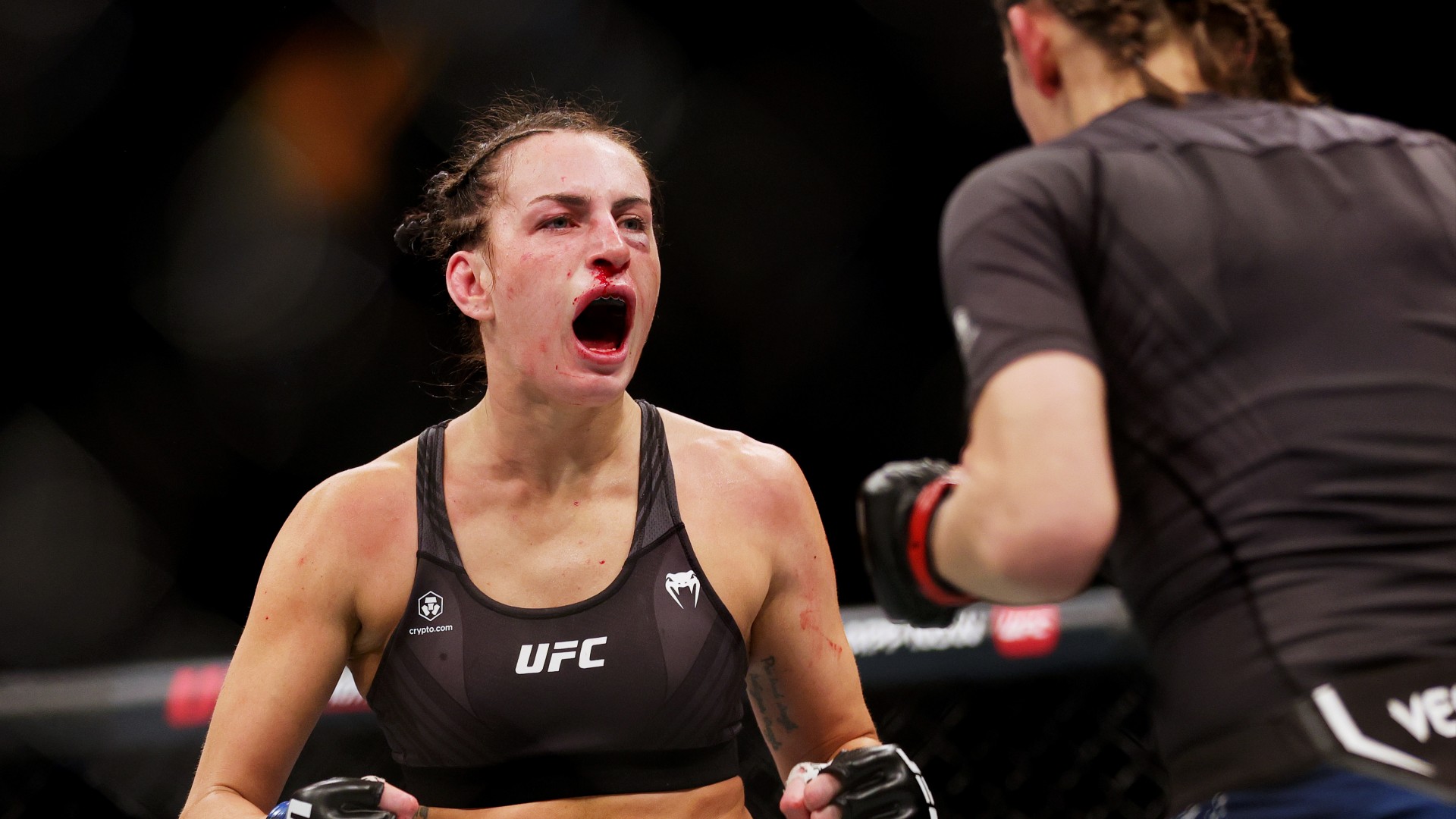 Aussie flyweight Casey O’Neill has no problem playing the heel and she stepped it up a notch at UFC 271 in Houston.

A clear fan favorite, the American struggled to get much offense going against O’Neill, who set a new record for significant strikes landed in a three-round fight at flyweight.

MORE: Final battle for ‘The Happy Warrior’: Roxanne Modafferi on her last fight at UFC 271, favorite moments, and anime

Some sections of the crowd at the Toyota Center could be heard booing ahead of O’Neill’s post-fight octagon interview with Daniel Cormier. The 24-year-old responded emphatically.

“Hey, stop booing me,” O’Neill told those in attendance as the boos ramped up. “I know it was her retirement fight but it takes two to tango.” If you want me to be that bad guy, then f — you, I’ll be the f — in ‘bad guy. “

Take a look at the interview below.

Despite improving her UFC record to 4-0 (9-0 total as a professional), questions were raised over the scoring of the fight following the decision. Two judges scored the bout 29-28 in O’Neill’s favor, while Robert Alexander had it 29-28 the other way.

Commentators and former UFC champions Cormier and Michael Bisping were left frustrated by Alexander’s read of the fight.

“I do not think he should be judging mixed martial arts because that was crazy,” Bisping said. “That judge did not know what he was looking at.”

Cormier echoed those sentiments, calling for reform to the current system.

“We’ve got to find a better way of making sure these judges know what they’re doing,” Cormier added.

The win should see O’Neill knocking on the door of the division’s top ten, and she’s ready to keep the momentum going.

“Let’s get back on another pay-per-view as soon as I can and whoever they decide to give me next, I’m good with,” she said.