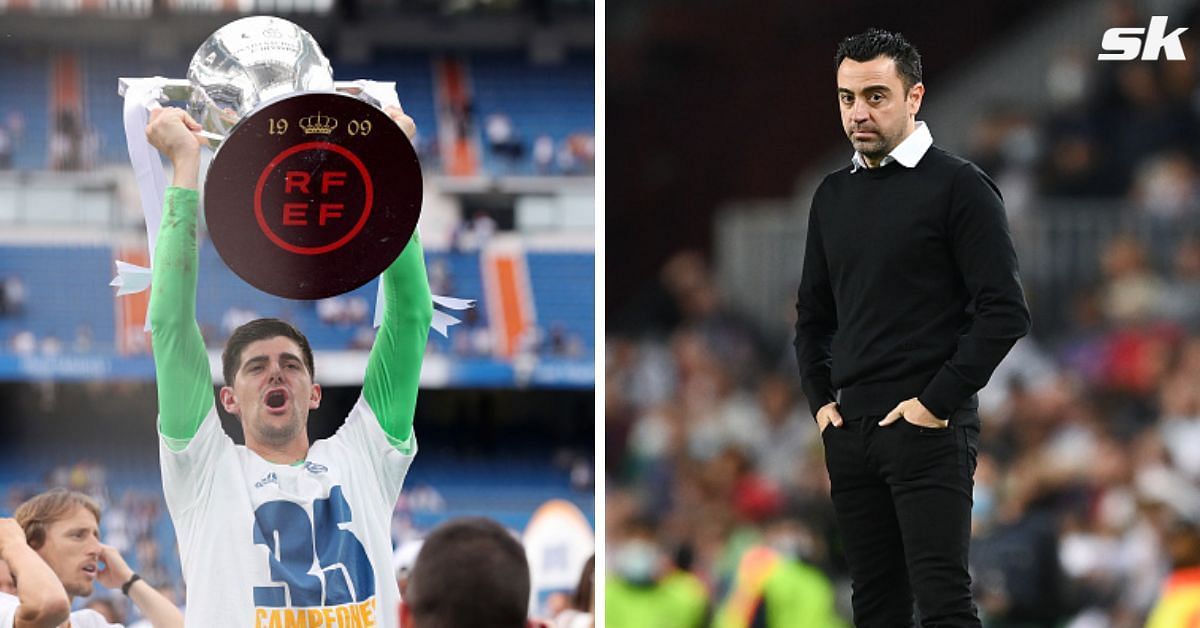 The Belgian referred to the Blaugrana‘s 4-0 victory over them in March and stated that they celebrated it as a title win.

Real Madrid beat Espanyol 4-0 at the Santiago Bernabeu on April 30 to secure the league title. Speaking after the triumph, Courtois said to Moviestar + (via Goal.com):

“The key moment came after the Clasico. Some celebrated as if they had just won the title, that they had come back [to our level]. But we kept our calm to beat Celta in a tough match and then Getafe, who are always difficult opponents. “

The Belgium international also cited Los Blancos‘team effort as the catalyst for the triumph. He used their match against Sevilla in April as an example. His side came back from two goals down to win 3-2.

“La Liga is a team effort. We all attack and defend. That day against Sevilla was crucial, coming back from 2-0 down when everybody thought we were on the floor and that killed our rivals a little.”

Barcelona are currently in third place in the league, a whopping 18 points behind Real Madrid, having played a game less.

It is evident that Barcelona have had a rough campaign as they will end the season without a trophy. However, they have seen a major upturn in fortunes since Xavi Hernandez took over as manager from Ronald Koeman in November.

The Catalan giants were ninth in La Liga back then. They are now third and could possibly finish the season in second place.

The Blaugrana also reached the quarter-finals of the Europa League, where they were eliminated by Eintracht Frankfurt.

Barcelona will look to continue on their upward trajectory and hope to invest in the summer transfer window to be able to compete with their fierce rivals.

Real Madrid, meanwhile, have already won two trophies this season in the form of La Liga and the Supercopa de Espana in January. They also have the opportunity to win the Champions League this season.

They face Manchester City in the second leg of the semi-final on May 4 at the Santiago Bernabeu. They trail the Premier League side 4-3 from the first leg at the Etihad last week.