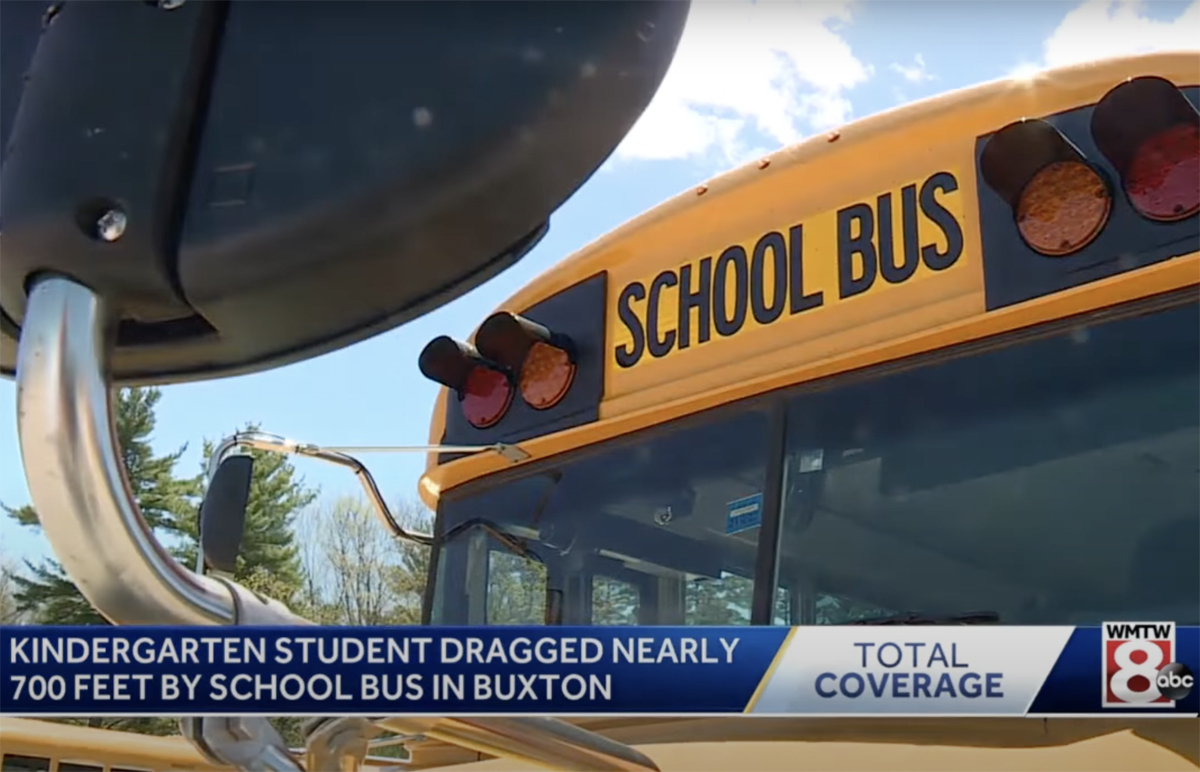 This is so awful.

On Thursday, a 6-year-old boy in Buxton, Maine was left injured after he was dragged on the outside of a school bus after the driver took off while his backpack was stuck in the door! Yikes !! The child’s mother, Athena Lavignewho was watching the terrifying incident when it took place, told local outlet WMTW that she feared for her boy’s life, saying:

We can not imagine how scary that must have been.

Related: Girl With ‘Rare Disease’ Was ‘Charged For Crying’ During Doctor’s Appointment!

The child was rushed to the hospital, where photos were taken of his very scrapped-up and bloody legs. His parents also showed reporters his sneakers which were torn up after getting dragged along the pavement. Thankfully, he seems to be doing well, all things considered, his father, Matt Lavignetold the outlet:

“He’s having a hard time walking, but that’s just from his legs being all scraped up.”

She also added that school bus drivers go through at least 40 hours of training and that “loading and unloading” of the students is the most vital part of the training and job, adding:

“We focus on the loading and unloading of our students. It’s very important. It’s the most critical time of a bus driver’s job. ”

Interestingly, it seems as if the driver may have ignored one of the rules set up to prevent accidents like these. According to Muchmore, the standard safety procedure requires drivers to wait for kids to finish crossing the street before closing the doors and pulling away. Seeing as the child’s bag got stuck in the door, it seems the driver was not abiding by this guideline – and it’s hard to believe the driver was paying close enough attention to their surroundings in general because something like this should have been easily avoidable.

Buxton Police Department Chief Troy Clinewho confirmed in a police report that the accident is being looked into, is grateful that the child is okay, expressing:

“There are many things that could have gone wrong. You’re just hoping that child is OK and not severely injured. ”

It sounds like the boy is already on the mend, his mother explained:

“He’s doing well. He’s such a trooper. He has taken better care of me during this than I have. I’m just really grateful he’s OK. ”

School district officials revealed that administrators rode with students on the busses on Friday following the scary incident. We’re glad they’re already taking some precautions to ensure everyone’s safety. This could have been an even more devastating situation. To hear more, check out the video (below).

Sending love to the kiddo as he recovers!