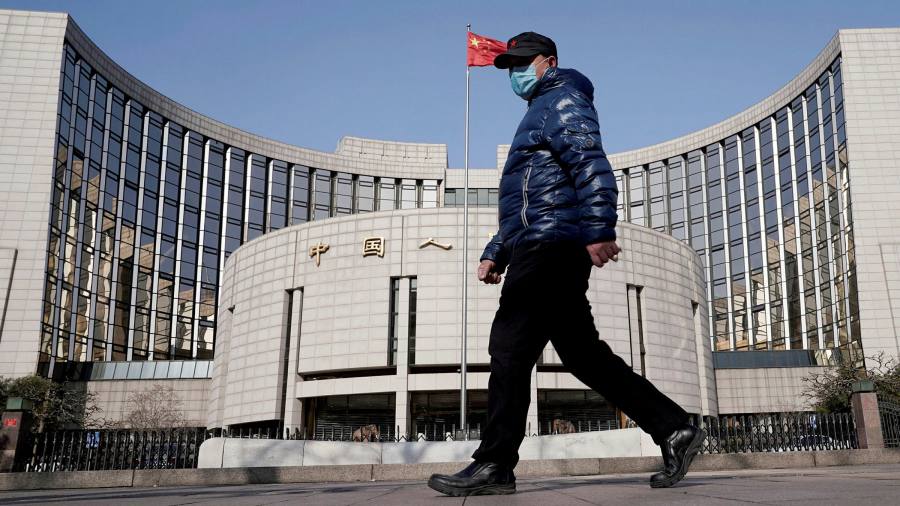 China’s central bank has reduced the amount of reserves that banks must maintain in an attempt to boost the economy, which is struggling with the impact of Covid-19 lockdowns implemented by dozens of cities in recent weeks.

However, it chose not to cut a key interest rate; Chinese policymakers are concerned that easing too aggressively could exacerbate capital outflows as the US raises rates to combat inflation.

The limited stimulus effort comes days before the release of first-quarter output figures, which are expected to show the world’s second-largest economy is growing at a rate below Beijing’s target pace.

The 25 basis point reduction in banks’ reserve requirement ratio in theory allows them to inject more than Rmb500bn ($ 78bn) into new loans into the economy. Analysts are skeptical that such measures, even if coupled with rate cuts, will be enough.

“If demand is strong, easing will allow companies to borrow and expand productively, but that’s not the problem in China,” said Michael Pettis, a finance professor at Peking University. “There is very little evidence of strong demand. Even before the latest Covid outbreak, consumption was way down. ”

China’s National Bureau of Statistics is scheduled to release its estimates for first-quarter gross domestic product on Monday. The world’s second-largest economy grew 4 per cent year on year in the last three months of 2021 and will struggle to meet the central government’s official full-year growth target of 5.5 per cent for 2022.

Nomura analysts recently warned of a “rising risk of recession” in China because of lockdown measures in at least 45 regions that account for about 40 per cent of national GDP.

The State Council, which oversees the People’s Bank of China, last month promised to use monetary policy and other tools to support the economy and stock markets, which have been hit by investor fears about the repercussions of Covid outbreaks and Russia’s invasion of Ukraine.

But there were no significant follow-up measures despite the deteriorating situation in Shanghai, where the city’s 26mn residents were supposed to begin exiting temporary lockdowns on April 1. They have since been extended with no exit strategy in sight, putting a huge strain on supply chains and production.

Earlier on Friday, the PBoC left its one-year medium lending facility rate unchanged at 2.85 per cent.

Craig Botham, chief China economist at Pantheon Macroeconomics, called the PBoC’s move “the bare minimum”. “The real problem is the weakness of the economy,” he wrote in a research note. “Banks are unwilling to lend to the kind of borrowers who still want credit in this environment because the likelihood of repayment is much lower.” 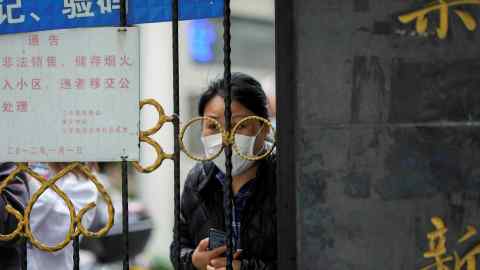 Sun Chunlan, the vice-premier overseeing Shanghai’s lockdown, on Thursday reiterated the government’s commitment to its controversial zero-covid policy. “Persistence is victory,” President Xi Jinping said earlier in the week during an inspection tour of southern Hainan province. “We need to overcome paralysis, war-weariness and complacency.”

Relatively few of the more than 20,000 daily cases routinely reported by Shanghai have been symptomatic, let alone severe.

Changchun, a large industrial city in northeast China, implemented a strict lockdown in early March when it had far fewer cases. It only began to ease restrictions earlier this week, as authorities announced that all positive cases had been discharged or were safely contained in hospitals and other quarantine facilities.

The PBoC last cut its one-year medium lending facility rate by 10 basis points in January – its first reduction since the pandemic erupted out of central China in early 2020.

It also cut its one and five-year prime lending rates slightly in January – the latter of which is used to price mortgages. The central bank last cut the reserve requirement ratio in December, by 50 basis points.