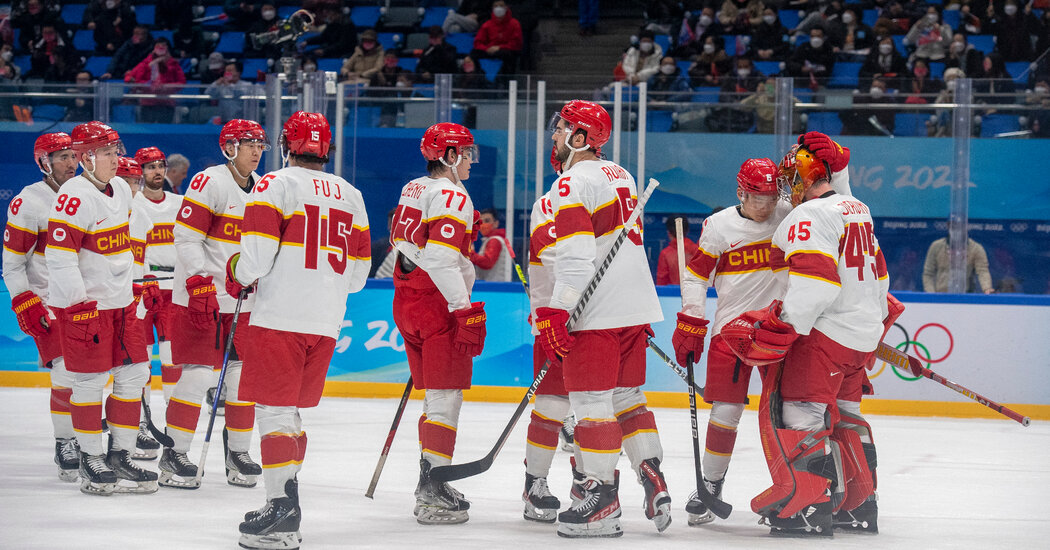 “With individual sports, you can lock someone in a room for five years and say, ‘Be the best figure skater or Ping-Pong player or whatever,'” said Mark Simon, who coached in Chinese youth leagues for 14 years and was a consultant to Kunlun Red Star, the Beijing men’s hockey team that ultimately supplied every member of China’s Olympic roster. The Olympic squad plays Canada on Sunday.

“It’s been proven to work,” he added. “But with teams, and big fluid sports like hockey and soccer, it’s different. There are too many mental sides to the game and emotional sides to the game when you’re part of the team that has to be brought along and nurtured. ”

There are also relatively few of the grass roots sports networks that are common elsewhere and routinely help other countries build and replenish their reservoirs of next-generation talents.

In the United States, for example, athletes move from one carefully planned phase of development to the next, sometimes having been drawn into team sports like soccer as early as their preschool years. Recreational leagues give way to higher levels of competition and coaching as a narrowing number of players blossom into the people who fill the collegiate and professional ranks.

China’s system, though, sweeps in comparably fewer prospective team sports athletes, partly, researchers say, because athletics are not seen as a lucrative career path. Adding to the challenge is the legacy of China’s one-child policy, which has left many parents especially protective of their offspring and, in turn, more wary than many of the medical risks that can accompany sports.

Still, some Chinese teams have excelled on the international stage, especially in volleyball, a sport in which Chinese women have won three Olympic gold medals. And with only a handful of rivals at the time, a Chinese team forced the United States into penalty kicks before losing the final of the 1999 Women’s World Cup.

“The level was rather low for a while,” said Susan Brownell, a professor at the University of Missouri-St. Louis who ran college track in Beijing and has studied China’s sports industry for decades. “A state-supported system like China could put together a team that was competitive.”