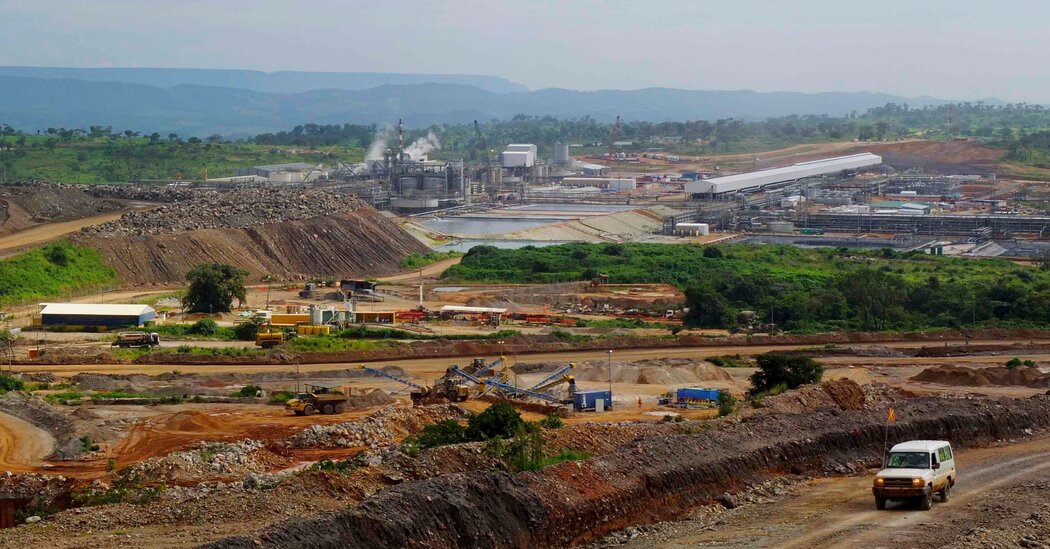 A court in the Democratic Republic of Congo has sidelined the Chinese owner of one of the world’s largest copper and cobalt mines, a major victory for the Congolese government as it seeks to become a bigger player in the global clean energy revolution.

The ruling, which removes Chinese leadership of the mine for at least six months, stems from a dispute over billions of dollars in payments the Congolese government says it is owed by the Chinese owner, China Molybdenum.

Backed by Chinese government financing, the company bought the Tenke Fungurume mine in 2016 from an Arizona-based mining company. The mine figures prominently in the Chinese government’s effort to dominate major supply chains for minerals and metals needed in the production of batteries for electric vehicles.

Cobalt is essential for electric vehicles because it extends battery range. It is now trading at a three-year high.

The New York Times reported in November that employees at the mine had complained about a dramatic decline in worker safety under Chinese ownership, including claims by safety inspectors that workers had been assaulted after raising concerns and been offered bribes to cover up accidents. The company disputed those claims, suggesting they were part of a broader effort to discredit it.

Congo’s president, Felix Tshisekedi, last year named a commission to investigate allegations that China Molybdenum might have cheated the Congolese government out of royalty payments from the mine. The legal action on Monday, by the Commercial Court of Lubumbashi, came after the country’s state-owned mining enterprise had sought the removal of the mine’s Chinese management.

The court ruling, reviewed by The Times, leaves a third-party administrator in charge of the mine for at least six months, as auditors evaluate the allegations against the company. The state mining enterprise, known as Gécamines, asserts that China Molybdenum failed to declare hundreds of thousands of tons of copper and cobalt reserves buried at the site, depriving the agency of significant annual payments required when new reserves are found and verified.

During the review period, Gécamines will retain its 20 percent stake in the mine, which was the world’s second-largest source of cobalt in 2020. Congo last year produced 70 percent of the world’s cobalt.

President Tshisekedi’s office declined on Monday to comment on the ruling. China Molybdenum did not respond to a request for comment, but in the past it has denied that it concealed reserves or owed any additional royalties.

Congo has a history of threatening legal action against foreign mining companies; in some instances the threats were resolved when the companies made payments to government officials, a process that some mining industry executives described as a shakedown.

In this case, executives at both Gécamines and the mine have told The Times that the claims against China Molybdenum are based on legitimate concerns about its operations and a belief that the company has been improperly hiding information.

The court on Monday named Sage Ngoie, a Congolese engineer who until recently served as a project manager at the mine, as the new temporary mine administrator.

Dr. Ngoie worked at Tenke for two years overseeing waste disposal and other major engineering tasks and had recently been appointed to a new management role. In a telephone interview, he said he was not prepared to describe changes he might make at the mine, which is one of the largest employers in Congo, with more than 7,000 employees and contractors.

According to the ruling, the court entrusted Dr. Ngoie “with the task of reconciling the two partners on divergent issues,” including “access to technical information and the determination of the rights of the parties to the mining reserves.” It also gave him the authority to make decisions related to mine operations and the sale of its copper and cobalt. Currently, a vast majority of the mine’s cobalt is exported to China.

Congolese government officials are conducting a broader examination of contracts signed with Chinese-backed mining companies after complaints of promises unfulfilled to Congo, a nation trying to regain its economic footing after devastating civil war and years of corrupt leadership. As of 2020, Chinese-backed companies owned or had a financial stake in 15 of Congo’s 19 cobalt-producing mines.

Mr. Tshisekedi has said that too much of the profits from the nation’s metals and minerals – increasingly in demand as the world weans itself from fossil fuels – fail to benefit the Congolese.

US officials have separately raised alarms that China could control the supply chain for cobalt and drive up battery prices, a prospect that troubles auto manufacturers that have pledged to convert fleets away from the combustion engine in coming years.

“China has a sort of a stranglehold on the supply chain,” said Tiffin Caverly, a vice president at the Export-Import Bank of the United States, which held a hearing last week about metals needed for renewable energy and military applications. “Unfortunately, I’ll say I do not have an answer for how you break that supply chain advantage that China has built. Other than to say it is, it is absolutely an issue. ”

Biden administration officials have been looking for ways to strengthen ties with Congo and gain access to critical resources like cobalt. In February, a delegation of White House officials flew to Kinshasa, the capital, for meetings with Mr. Tshisekedi and other top officials. The US government is backing the review of mining contracts in Congo as part of an effort to crack down on corruption.