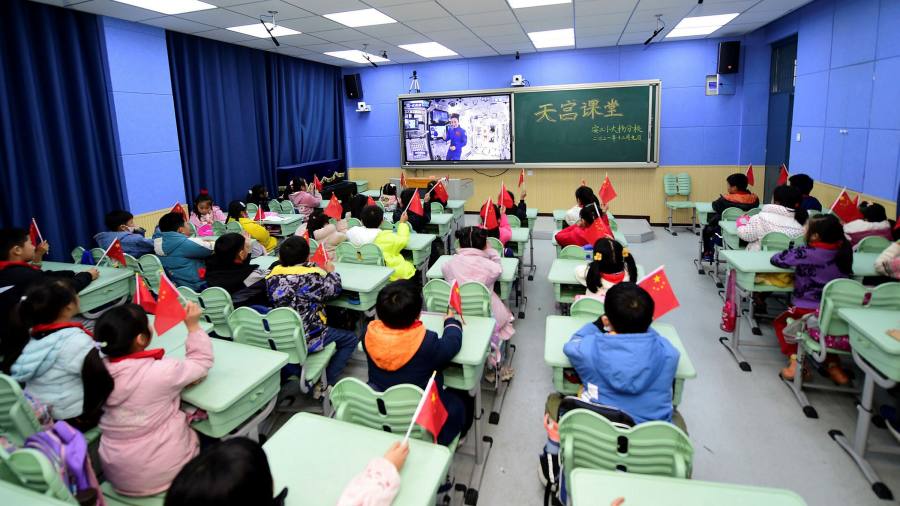 The New York-listed education group reported an $ 876mn loss for the six months to November 30, compared to a $ 229mn net profit over the same period a year earlier.

New Oriental blamed the losses on the “substantial adverse impact” of having to halt its tutoring services for school-age pupils, following China’s crackdown last July as part of a broader government effort to reduce childcare costs and boost the country’s low birth rate.

Beijing’s clampdown on the previously highly profitable tutoring industry has seen valuations of US-listed Chinese education technology companies collapse. New Oriental’s share price has fallen more than 92 per cent since its peak last year, while competitor Tal Education is down 96 per cent.

New Oriental said the losses were down to lay-off costs after it let go 60,000 of its staff and had to pay for the termination of property leases after the company shut down many of its education centers in China.

The group’s results came the day after Tal Education reported a $ 1bn net loss in the nine months to November 30, compared with a profit of $ 53mn in the same period a year earlier.

New Oriental has been seeking out new revenue streams, including adult tutoring services and camping holidays, as Beijing deepens its efforts to stamp out expensive childhood extracurriculars that exacerbate social inequality. In January, Yu Minhong, chair of the education group, urged his remaining staff who survived the mass lay-offs to be “bold” in finding “new business opportunities” aligned with government policy.

The group has been investing in a range of new ventures over the past few months, including a stationery company and data storage provider, as it seeks a future beyond the regulatory crackdown. It reported $ 1bn in cash and cash equivalents on the balance sheet.

Ekaterina Kologrivaya, co-founder at EdTech Expand, a Beijing-based consulting start-up, said: “New Oriental will need to spend a lot of money training employees in these new businesses, but they will be able to handle these costs.”

The private education sector’s recent losses have highlighted the financial impact of Beijing’s regulatory power as investors continue to dump stocks in some of the country’s largest internet companies.

The share price of Chinese food delivery group Meituan has fallen more than 20 per cent after regulators warned on Friday they would push to lower the fees food platforms can charge restaurants for delivery.

Michael Norris, senior research analyst at Shanghai-based consultancy AgencyChina, said the recent moves were a “wake-up call” to investors that the regulatory storm in China was far from over.