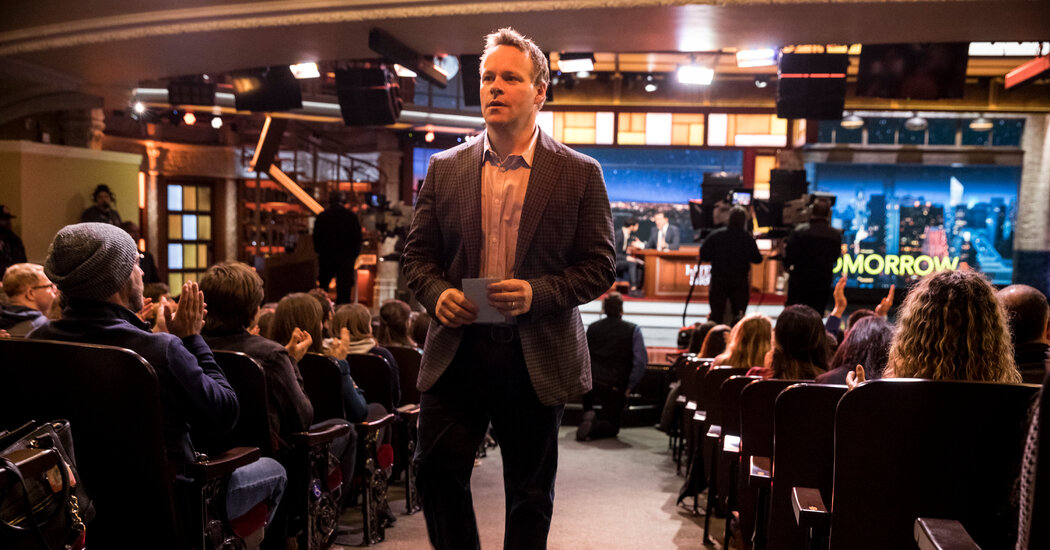 Chris Licht, a Creator of ‘Morning Joe’ and ‘Colbert’ Producer, Is Set to Run CNN

Chris Licht, a veteran television producer who helped create “Morning Joe” on MSNBC and later successfully retooled morning and late-night programming on CBS, is set to be the next leader of CNN, according to three people with direct knowledge of the decision.

Mr. Licht, 50, who is currently the executive producer of “Late Show with Stephen Colbert,” is poised to succeed Jeff Zucker, the CNN president whose nine-year tenure abruptly ended this month when he resigned over an undisclosed romantic relationship with a colleague.

He is expected to join the network once its parent company, WarnerMedia, completes a merger with Discovery Inc., a deal that could close by April. Mr. Licht and David Zaslav, the chief executive of Discovery, are professional and social friends who have known each other for more than a decade.

Discussions between Mr. Licht and Mr. Zaslav began shortly after Mr. Zucker’s departure, and accelerated over the past two weeks, one of the people said. A formal announcement is expected as soon as this coming week. Puck first reported the news of Mr. Light’s selection.

Overseeing CNN – a sprawling news organization with a worldwide footprint, thousands of employees and hundreds of millions of dollars in annual revenue – would be by far the biggest undertaking of Mr. Licht’s career in television. And he is joining the network at a time of turmoil.

Its newsroom was roiled by the stunning exit of Mr. Zucker, who commanded deep loyalty among anchors and correspondents. Its prime-time and morning ratings have been mired in third place behind rivals Fox News and MSNBC. And the looming takeover by Discovery has raised questions about the future direction of the network.

Mr. Licht is a co-creator of “Morning Joe,” the hugely successful MSNBC franchise that still dominates that network’s morning lineup. He jumped to CBS News in 2011, where he was widely credited with turning around the fortunes of “CBS This Morning,” adding hosts Charlie Rose and Gayle King and introducing a chattier, more freewheeling format.

In 2016, CBS tapped Mr. Licht to take over “The Late Show with Stephen Colbert,” which had struggled in its early months to secure viewers and the critical praise enjoyed by Mr. Colbert’s predecessor, David Letterman.

Mr. Licht engineered a remarkable ratings turnaround, encouraging Mr. Colbert to more forcefully engage with current events and political news. He added live shows after major news events like election nights and State of the Union speeches. By 2017, Mr. Colbert had achieved something Mr. Letterman rarely did in his long career: besting NBC’s “The Tonight Show” in the ratings, a winning streak that continues five years later.

Late-night comedy is a different challenge than a global network at the scale of CNN.

The channel currently has dozens of journalists on the ground in Ukraine covering the Russian invasion. It is weeks away from starting a new digital subscription service, CNN +, a late entry in the news streaming wars to which the network has devoted tens of millions of dollars. Mr. Zucker’s exit was also followed by the forced resignation of his romantic partner, Allison Gollust, who served as CNN’s communications and marketing chief.

Under Mr. Zucker, the channel’s programming moved into more partisan territory, driven in part by the scathing attacks it faced from then-President Donald J. Trump. Recently, John Malone, the chairman of Liberty Media who will be a key player in the soon-to-be-formed Warner Bros. Discovery, publicly lamented that CNN had drifted from its traditional down-the-middle news coverage.

Mr. Licht is likely to have the full-throated support of Mr. Zaslav, the Discovery chief executive. The men dine together several times a year, and Mr. Licht has been a regular attendee of Mr. Zaslav’s starry Labor Day weekend party in East Hampton, NY

Mr. Licht, a graduate of the SI Newhouse communications school at Syracuse University (where a control room for students is named after him), started his television career in local news. He worked in Los Angeles around the time of the OJ Simpson trial and spent time in San Francisco before moving to MSNBC, where he became a producer of Joe Scarborough’s talk show.

He has a family connection to his new employer: His wife, Jenny Blanco, worked at CNN for several years as a producer for the anchor Anderson Cooper and then as a director of talent recruiting and development. They began dating while on assignment at the Athens Summer Olympics in 2004.

Opinion: Charisma-free al-Zawahiri was running al-Qaeda into the ground

Editor's Note: Peter Bergen is CNN's national security analyst, a vice president at New America and a professor of practice at Arizona State University. Bergen's new paperback is “The Rise and fall of Osama bin Laden.” from which this article... 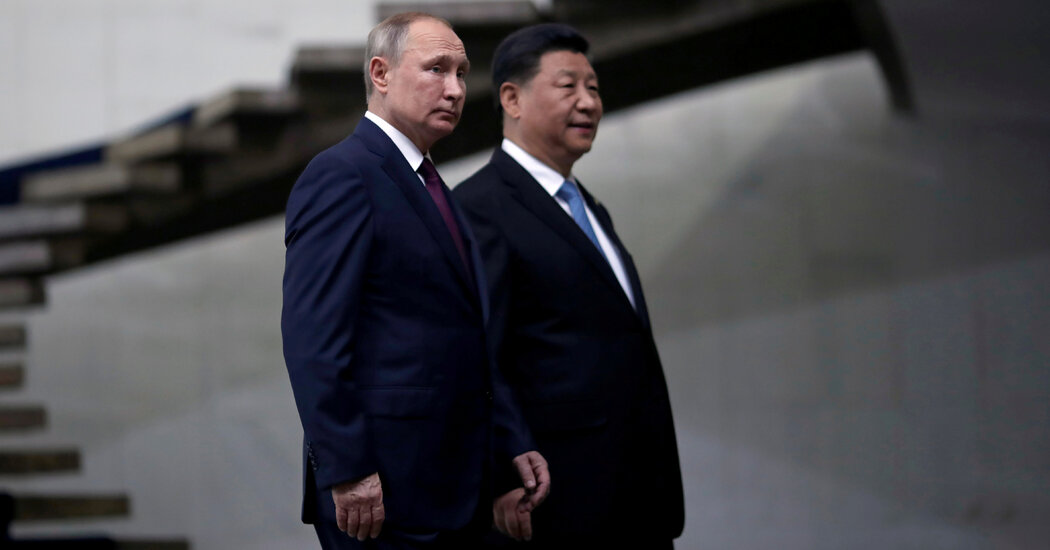 Mao Zedong arrived in Moscow in 1949 expecting to be feted for delivering China, the world's most populous country, to Communism. Instead, Joseph Stalin humiliated him by making him wait for a meeting.Although Stalin and Mao eventually signed a Treaty... 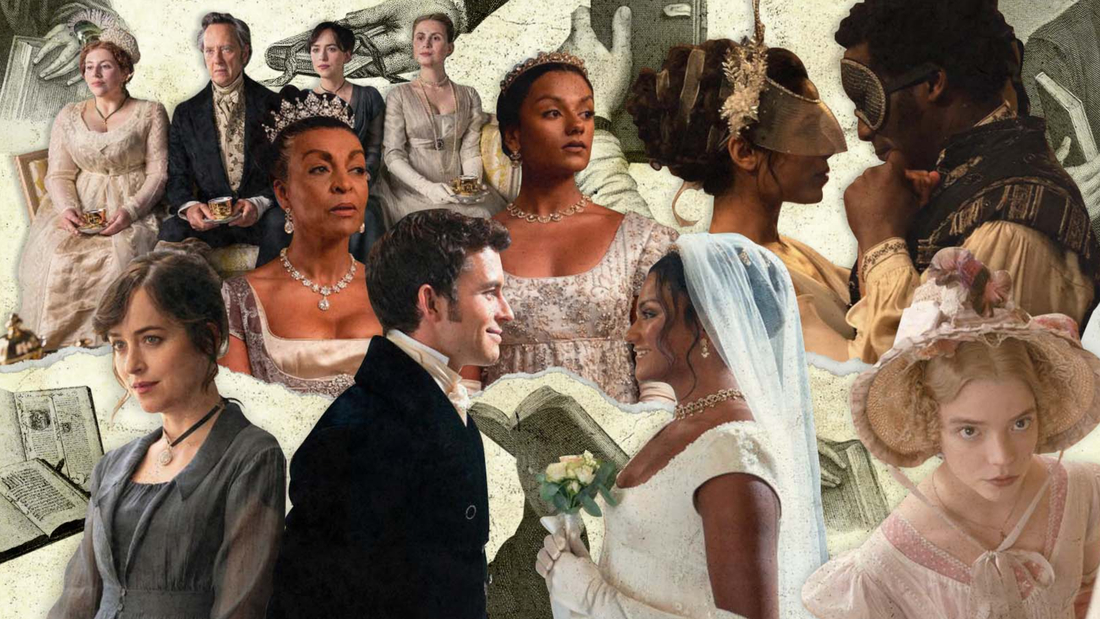 Every few years, the Austenites must feed. Netflix's adaptation of "Persuasion" and the revival of the cult-favorite show "Sanditon" are the latest offerings to Jane Austen, whose memory must be regularly appeased by new odes to her groundbreaking romantic novels....