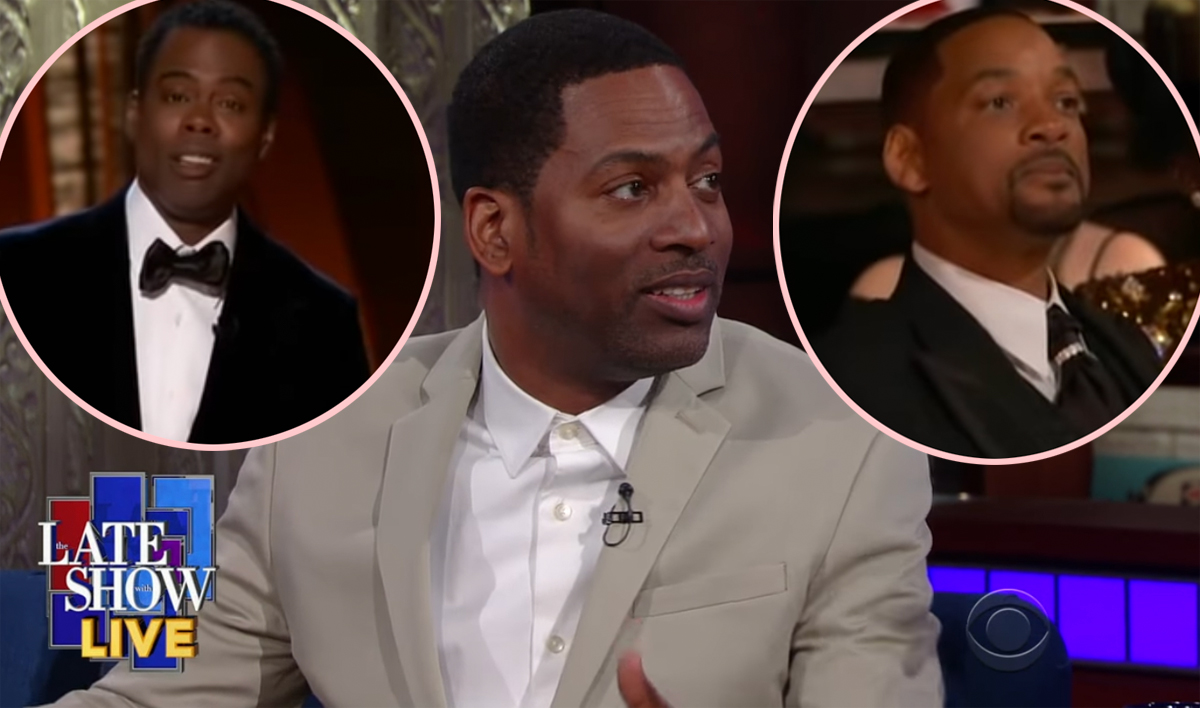 Chris Rock‘s younger brother is not pleased with Will Smith‘s apology at all!

If you somehow missed it, Will shockingly stormed the Oscars stage and slapped Chris for making a joke about his wife Jada Pinkett Smith‘s shaved head. And while the comedian has yet to comment on the assault, his sibling Tony Rock has decided to join the many celebs who have weighed in on what went down during the award show – and made it pretty clear that he is not ready to forgive and forget!

On Tuesday, the 47-year-old hopped on Twitter to answer some questions from fans who could not help but ask for his take on the messy situation. When someone asked him if he approved of Will’s apology, he simply replied:

As you know by now, the Aladdin star first apologized to the Academy and his fellow nominees – but not Rock – on Sunday evening when he took home the best actor prize for his role in King Richard. However, he later took to Instagram to specifically address Chris in another statement, writing:

“Violence in all of its forms is poisonous and destructive. My behavior at last night’s Academy Awards was unacceptable and inexcusable. Jokes at my expense are a part of the job, but a joke about Jada’s medical condition was too much for me to bear and I reacted emotionally. I would like to publicly apologize to you, Chris. I was out of line and I was wrong. I am embarrassed and my actions were not indicative of the man I want to be. There is no place for violence in a world of love and kindness. ”

While Will may have issued a public apology on social media, he has not said one word to Chris. The All of Us alum told followers that his bro is still “waiting” to hear from the rapper directly. In fact, Tony confirmed that Chris and Will have NOT made amends personally after the show despite Sean “Diddy” Combs saying they had reconciled:

“That’s not a problem. That’s over. I can confirm that. It’s all love. They’re brothers. ”

As for whether he thinks the Fresh Prince of Bel-Air alum will lose his Oscar over the slap, Tony said it ultimately it was not up to him:

As we mentioned, Chris has thus far kept his lips sealed on the attack. However, the Madagascar actor is set to kick off his Ego Death World Tour in Boston, where he was seen for the first time since the incident, and we can imagine many attendees are anxiously waiting to see if he will address everything during the show. We certainly hope he does!

Thoughts on Tony’s reaction to Will’s apology? Sound OFF in the comments!

[Image via ABC 7 Chicago/YouTube, The Late Show with Stephen Colbert/YouTube]