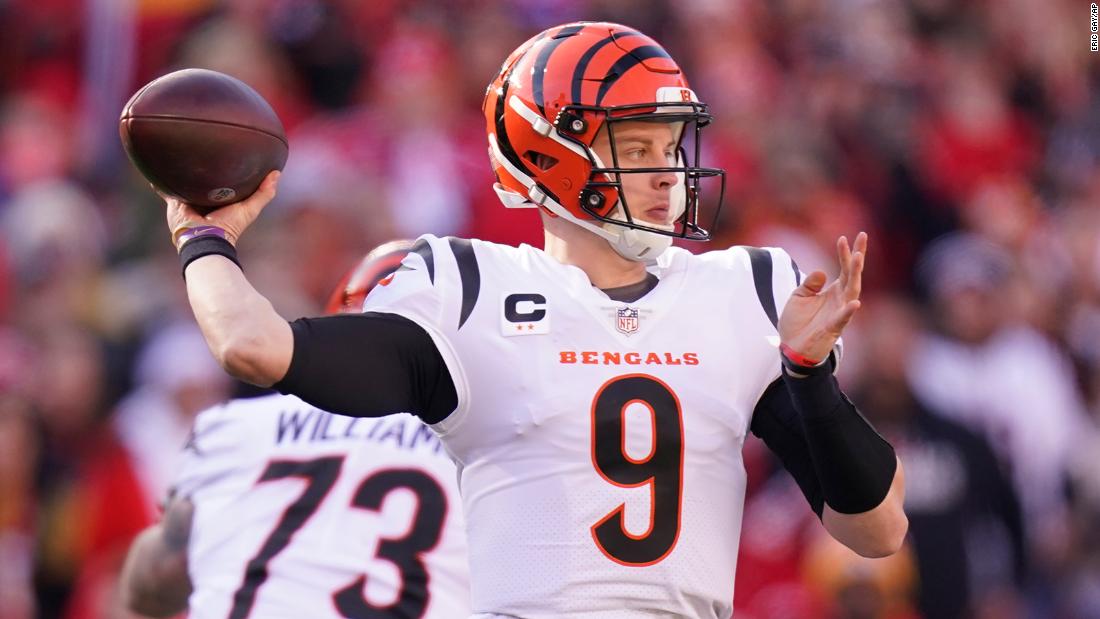 The upstart Bengals, led by second-year quarterback Joe Burrow, defeated the Kansas City Chiefs 27-24 in overtime on Sunday afternoon, ending the Chiefs’ chance to play in the Super Bowl for a third straight year.

The Bengals will play the winner of tonight’s NFC championship game on Sunday, February 13, at SoFi Stadium in Inglewood, California.

The Chiefs took an early lead in the first quarter, and appeared on their way to a rout of the Bengals, at one point leading 21-3 toward the end of the second quarter.

Kansas City quarterback Patrick Mahomes was in fine form, and the team’s offense played an almost perfect first half, cheered on by a raucous home crowd at GEHA Field at Arrowhead Stadium.

But the Chiefs would go on to blow a 21-3 lead. The Bengals scored a touchdown in the waning minutes of the first half, making the score 21-10, and made a strong defensive stop as the half ended.

The Bengals opened the third quarter with two strong defensive stops against Mahomes and the high-powered Chiefs offense, followed by a field goal to make the score 21-13. Then, after a Chiefs turnover, the Bengals tied the game with a touchdown and a two-point conversion as the third quarter came to an end.

However, the Chiefs came back at the end of regulation, tying the game on a Harrison Butker field goal, setting up the third AFC title game in NFL history to go into overtime.

The Chiefs won the coin toss in overtime, but Mahomes was intercepted on his team’s first possession. That set up a Bengals’ field goal to win the game.

The Bengals have never won a Super Bowl, and it will be head coach Zac Taylor’s first time as head coach of a Super Bowl team. Taylor was the quarterbacks’ coach for the Los Angeles Rams when they appeared in Super Bowl LIII.