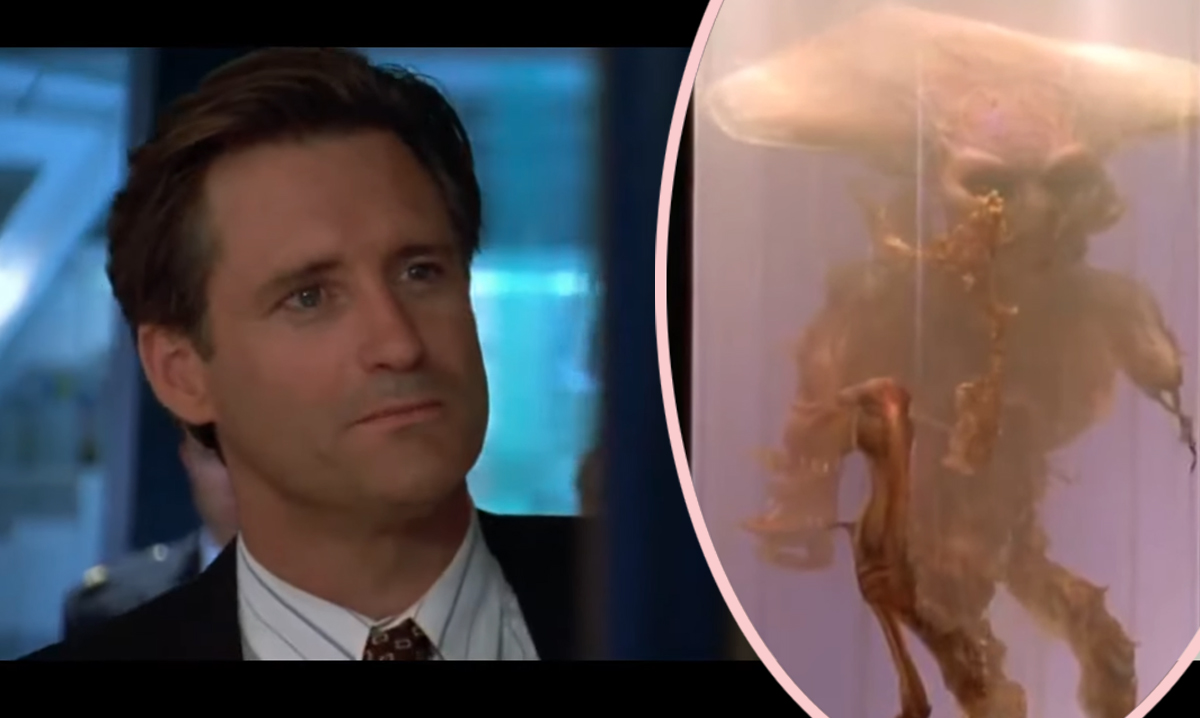 Another day, another UFO bombshell that officials swept under the rug for years!

A US congressman is now claiming the country has recovered “material” from the objects or craft that have been reported in skies over the States.

Rep. Tim Burchett did not elaborate further, as he told The Sun. the intel had been passed to him in a “classified setting,” but he offered:

“I’ve been told by multiple sources we have recovered something from these [crafts or objects]. ”

Burchett is spilling what he heard just as Washington holds the first UFO hearing in decades, which will be led by the House Intelligence Counterterrorism, Counterintelligence, and Counterproliferation subcommittee.

For his part, though, Burchett – who is not on the committee – does not have faith in the Congressional hearing, as he believes that institutions in Washington will continue to cover up whatever officials know about UFOs – despite the fact that revealing evidence of alien life visiting Earth could change the world. He mused:

“It would do away with the ‘bogeyman from overseas’.”

Burchett went on to insist that the public “need[s] to know ”the truth about alien life, adding:

“All we do is cover up, let’s just be transparent – what’s wrong with telling the world and saying ‘We’ve got this, we’re going to share it and we can figure out what it’s together’? ‘I don’ t think a lot is going to come from the hearings. It’s bringing in the people who created the problem to fix the problem. ”

As for the recent Pentagon reports on UFOs, Burchett slammed them as “bogus” and described them as “swiss cheese” because of the amount of redactions. He continued:

“We need full disclosure. This is what we know and this what we do not know. We can and should do better. ”

After the hearing, he doubled down, tweeting:

“The UFO hearing this morning was a total joke. We should have heard from people who could talk about things they’d personally seen, but instead the witnesses were government officials with limited knowledge who could not give real answers to serious questions. ”

The Tennessee Republican says he’s in the minority in Congress though. He noted that there are still tons of opposition among elected lawmakers who do not want to touch the issue with a “ten foot pole” for political reasons.

However, Burchett said he believes the public’s curiosity is growing, and that the stigma surrounding discussing UFOs is starting to dissipate. He added:

“I do not care if they abuse me, I think the American people need to know – I even put out a t-shirt on my website saying ‘more people believe in UFOs than in Congress’, and that’s the truth.”

Ha! He’s not wrong about that…

Burchett told The Sun. he’s personally spoken to US pilots who have encountered the mysterious aircrafts, sharing:

“The only reason we are talking about this right now is the leak US Navy videos and the pilots who saw them. I’ve talked to other pilots as well [who have seen things] – and these people are some of the best in the world and very patriotic… These are people in their 20s who are very confident in their abilities – a lot of them just laughed about it as they simply had no control. It’s wild stuff, the [objects] turn on a dime, and accelerate at an incredible rate with no heat trail. It’s miraculous. ”

He confessed that the only other explanation for the encounters would be US black technology – but he thinks that theory is a stretch. He explained:

“According to our technology, a human could not survive inside that – he would be turned into a ketchup packet. There is no heat from the front end from friction or at the back from propulsion – which is obviously something we currently can not do and can not control. ”

The Congressman also does not agree with the experts who suggested that disclosure about alien life could damage society and the world’s religions, adding:

“In God’s vast universe, if you think we are the best God can do you hold God in low esteem. Even if you believe in God, there must be something else out there – we can not just be it. Infinity is a long way. ”

Do U think we’ll ever learn the truth about this, Perezcious readers? If so, how would society react? Share your thoughts in the comments.