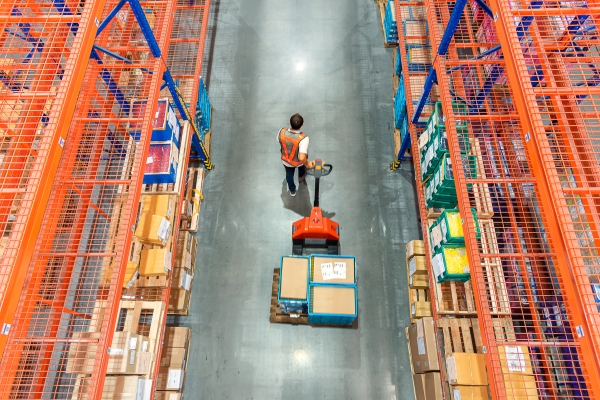 After years of being overlooked, front-line employees and others who do not sit at desks all day are taking center stage in a new wave of workplace productivity apps. In the latest development, Connecteam – an all-in-one app providing HR tools, communications services, and daily operations management (eg scheduling, virtual time cards) – has raised $ 120 million, funding that it will be using to continue building out the functionality on its platform – recruitment is one area that is currently missing, for example, – and to bring on more customers.

Stripes and Insight Partners co-led this round, a Series C, with Tiger Global, Qumra Capital, and OG Tech also participating. Connecteam is not disclosing its valuation but Amir Nehemia, the startup’s CEO and co-founder, hinted that it was typical for a Series C. A well-placed source tells me that the valuation with this round is just over $ 800 million.

Connecteam – founded in Israel, where it still has offices, but officially based in New York – last raised money, a $ 37 million Series B, only ten months ago. But in what is a sign of the times – not only are deskless workers, estimated to account for some 80% of all workers globally, getting more attention; but the push for more digital transformation has led companies themselves into investing more into technology to make those teams’ jobs more efficient – the startup has been in the middle of a growth spurt. Revenues and business expanded by 400% last year, and it is on track to do the same again this year, and that caught the eye of investors and led to this growth round.

Building tech for frontline and other unanchored workers has become a more crowded field, including tech to address specific functions (eg EduMe building a training and online learning platform; or Meta’s Workplace honing its focus on one-to-many internal communications and conversations), and those providing platforms or more general purpose approaches that compete more directly with Connecteam. (That list includes Flip, which announced funding just last month after passing 1 million users; Snapshift, Teams from Microsoft, Crew (now owned by Block / Square), Blink, Yoobic, When I Work, Workstream and many more.

But in that context, Connecteam is one of the bigger players, currently with 20,000 business customers, ranging from small businesses with 5 employees through to organizations like SodaStream (part of Pepsi), Nike and McDonalds, and covering what COO Yuval Magid described as 200 different verticals. That customer base works out to around half a million monthly active users across 80 countries, although currently North America accounts for 70% of its business.

And beyond that, the startup is finding success because it’s tapping into another important enterprise trend, which is a current interest in buying products that cover several functions rather than going for point solutions, which makes both the app and IT spend easier to manage.

Connecteam does provide an option for those who need it to integrate third-party tools – something a larger enterprise might choose to use – but it also gives customers the option of importing data from other software if it’s migrating to do everything on Connecteam.

“There is no need to have multiple apps” when using Connecteam, Nehemia said. “This is why we include a bunch of features.”

It also has tried to put itself into the mindset of the customer in another regard, by aiming to make the app easy to use.

“You do not require IT to implement Connecteam. You do not need any training, ”Nehemiah said. “Our customers are busy and operational in nature.” 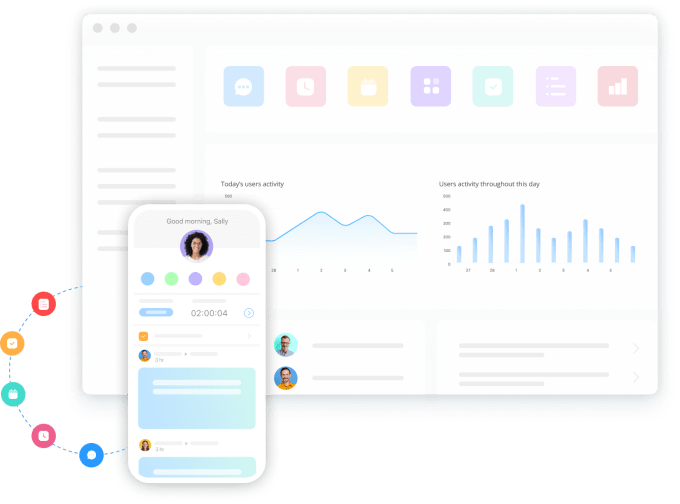 The company got its start in part from picking up what Nehemia said was a “huge gap” in the market and subsequently pivoting from a previous startup idea to address it.

He and co-founders Daniel and Yonatan Nuriel were building Mobile Lesson, a training platform for both knowledge workers and deskless workers. In the process of meeting with potential and existing customers, Nehemia found that many of them could not answer basic questions about their teams.

“I would ask how many employees they had, and the response was that they did not know,” he said. It turns out that modern scheduling and labor distribution, combined with the growing obsolescence of “clocking in” using a physical machine had led to people resorting to a hacked-together mix of approaches to answer that question daily. Some would “watch CCTV” to see who was where or if they were following up and doing something that they said they would.

It seemed like that was a bigger opportunity for the company to tackle first before hoping to sell training to those teams, and that’s where Connecteam got its start.

The company’s approach to providing a platform to cover any and all functions has so far led it to building some 14 different features, which include some of the training tech it had developed for the previous iteration of the startup; as well as company-wide updates, chat functionality, employee directories and other knowledge libraries essential for doing jobs; and deskless-worker focused operational tools, to manage scheduling, “clocking in” for a job, task management and so on. That mix, plus its ambitions to bring on more features like recruitment – a natural complement to the existing HR onboarding features – gives investors a lot of hope for Connecteam continuing to gain more traction.

“The beauty of the Connecteam product is that it is incredibly powerful and versatile, yet also extremely easy for owners, managers, and employees to adopt and use,” said Saagar Kulkarni, partner at Stripes, in a statement. “After speaking with glowing Connecteam customers who raved about how the product has transformed their businesses, it’s hard to understand how you can manage a business with deskless workers without using Connecteam. We are proud to back an incredible team that has built such an amazing product. ”

“As more companies adapt to a deskless workplace, Connecteam provides the tools and confidence managers need to be successful. With its best-in-class product and strong leadership, Connecteam has already achieved traction in more than 80 countries and continues to grow, ”added Jeff Horing, co-founder and MD at Insight Partners. “We’re confident Connecteam will shape the future of the deskless workforce, and we look forward to our partnership as the company continues to scale up.”