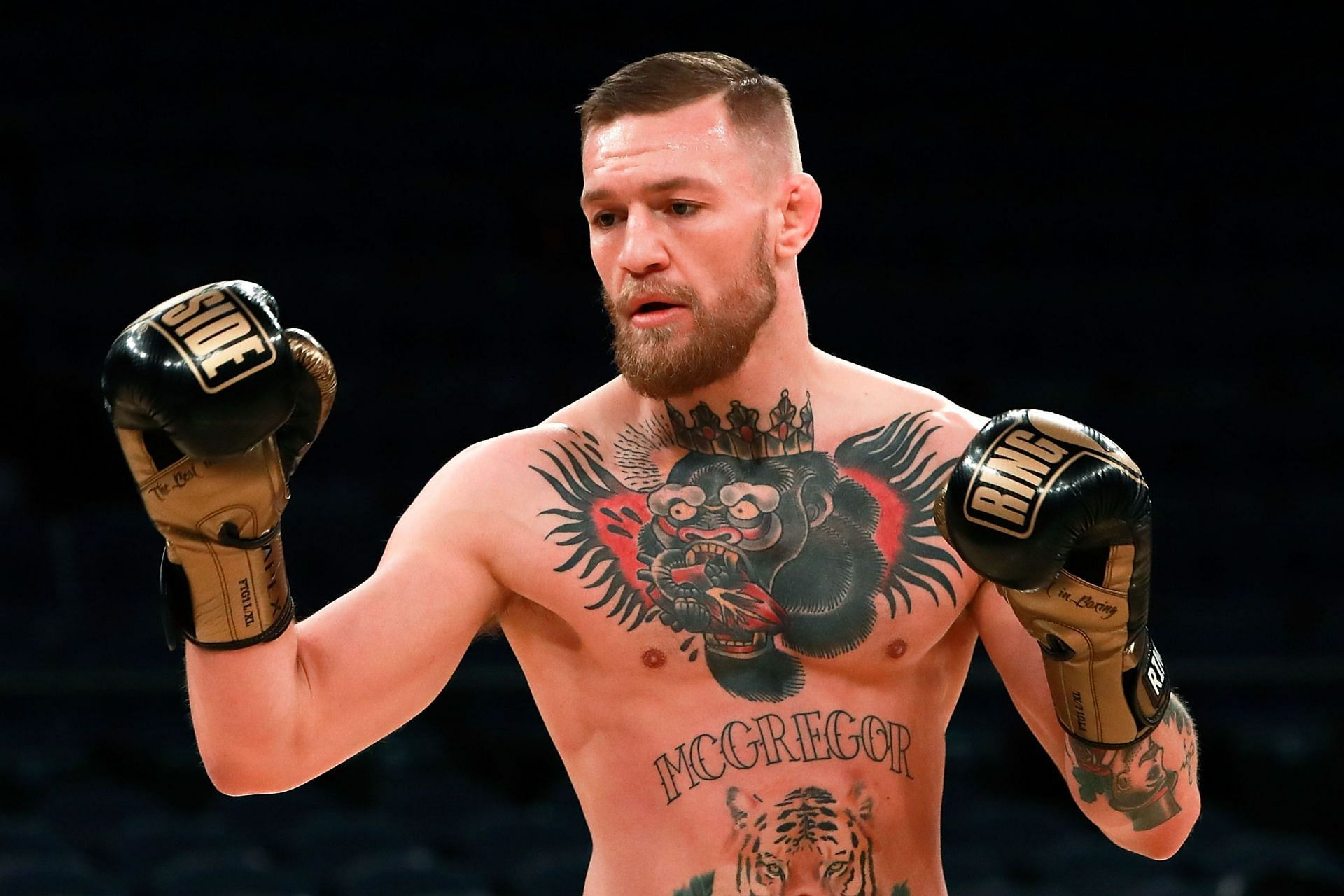 Conor McGregor just had his first sparring session since breaking his leg nearly a year ago, and the images have fans going wild.

McGregor has been rehabbing his leg since suffering a combined fracture of the tibia and fibula during his third fight with Dustin Poirier at UFC 246. That meant months off his feet, and then months with a cane, and then more months before he could do any combat training. In the past month McGregor finally started doing some pad work in the gym, hitting gloves being held by his coaches. Now he’s back to sparring with opponents in the ring.

Take a look at the pictures posted by Conor McGregor of his first sparring session:

While fellow fighters have been quick to criticize McGregor’s recent training posts, his fans have been more than supportive as a return to action later in 2022 looms. The comments section on Instagram was overwhelmingly positive regarding the Irish sports star’s progress.

Conor McGregor has declared his intention to fight at welterweight upon his return, and is hoping the UFC will grant him an immediate title shot against 170 pound champ Kamaru Usman. Usman is currently set to face Leon Edwards sometime in the summer, which could line up well for McGregor’s anticipated Fall 2022 comeback.

Another potential opponent for Conor McGregor upon his return is Dustin Poirier. McGregor and Poirier have fought three times, with McGregor beating Poirier once in 2014 and Poirier winning the next two fights in 2021. Typically fighters move on after a trilogy of bouts, but McGregor does not consider his third loss to Poirier as legit on account of the leg injury.

Dustin Poirier has been sitting on the sidelines since a lightweight title fight loss to Charles Oliveira in December 2021. After calling the UFC out repeatedly for a fight over social media, he agreed with a fan that suggested he was being shelved until McGregor returned.

Poirier has been campaigning for a fight against Nate Diaz, another frontrunner for a return fight against McGregor. Diaz is in a similar position to Poirier: unable to secure a fight despite months of asking. With the Stockton fighter on the last bout of his UFC contract, it’s likely the company could be delaying his return too for a potential McGregor trilogy bout.