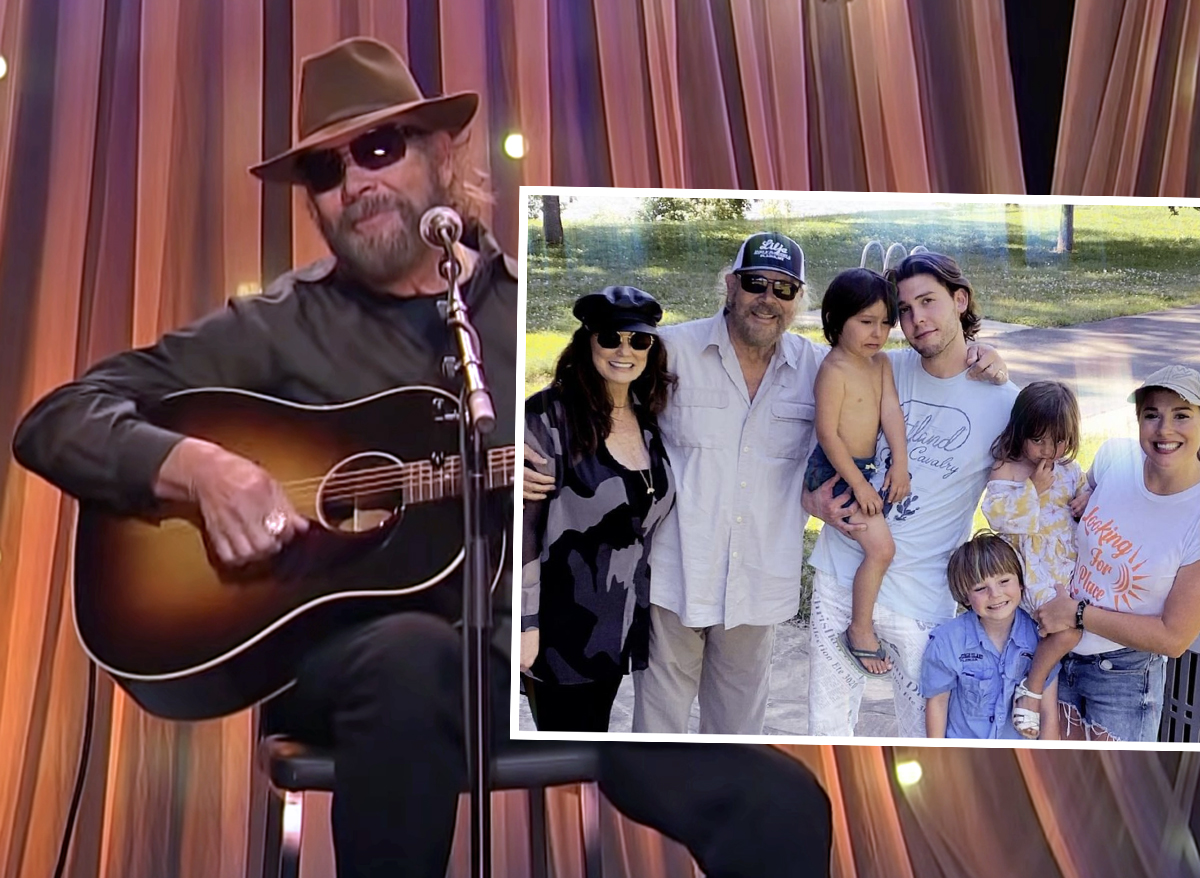 It’s a sad day for this country music star and his family.

Hank Williams Jr. is mourning the death of his wife Mary Jane Thomas (inset, far left), according to TMZ. A family member spoke to the outlet and confirmed that Mary Jane passed away on Tuesday in Jupiter, Florida. No official cause of death has been revealed yet, but it appears she suffered complications (potentially a blood clot) following a medical procedure. She was just 58.

A spokesperson for the Jupiter Police Department revealed that they responded to a medical call from the Jupiter Beach Resort & Spa at around 5 pm on Tuesday. Thomas was transported to a local hospital where she was pronounced dead. They do not suspect anything suspicious led to her untimely passing.

Mary Jane was a former model for Hawaiian Tropic suntan lotion. She married the All My Rowdy Friends crooner in 1990 after meeting at one of his concerts back in 1985. They were briefly separated in 2007 before ultimately saving their marriage and celebrating their 21st anniversary in 2011. They remained a very private couple living their lives off social media, but things seemed to be going well. In November, they even got dressed up and attended Hank’s Country Music Hall of Fame induction together.

They shared two kids: Katie Williams-Dunning spirit Samuel Williams. Sadly, this is not the only tragedy they’ve experienced lately. Heartbreakingly, in 2020, Katie passed away in a car accident in Tennessee. Her husband Tyler Dunning was also in the vehicle at the time, but he survived with critical injuries.

Early last month, Sam revealed he was placed under a conservatorship by his father and half-sister Holly nearly two months after Katie’s death in order to “protect him.” In a silent video, which you can see here, he held up a sign that read “I want out,” and wrote in the caption:

“I’ve been quiet a long time now. I want out of this, and I do not mind people knowing. They took my grievance process, my spirit, my money, my car, my home, and everything possible in order to ‘protect me.’ Well, I need protection from them. ”

TMZ confirmed that an emergency petition was filed in August 2020, but the status is unclear at this time. Clearly, though, it has been a tough few years for the Williams. We are keeping them all in our thoughts as they grieve yet another beloved family member.

Mary Jane leaves behind Hank, Sam, and three grandchildren. The family has asked for privacy in this devastating time. RIP