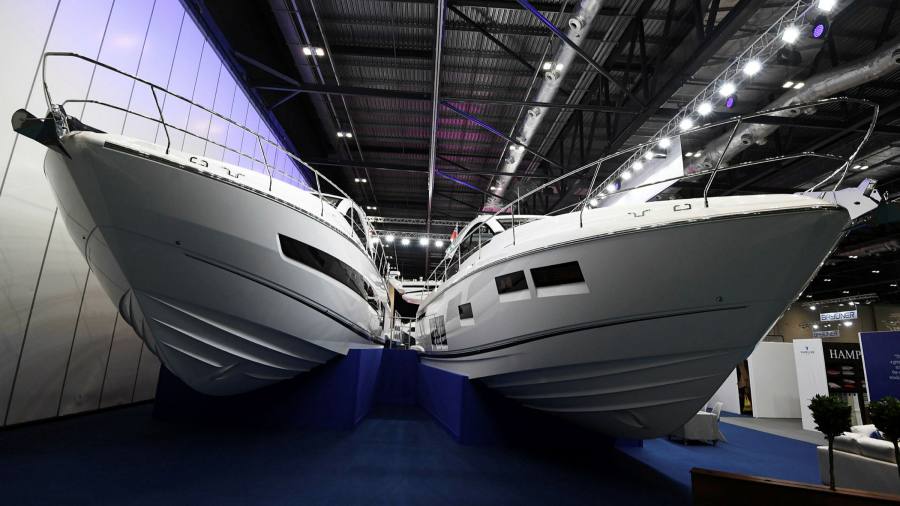 Credit Suisse has asked hedge funds and other investors to destroy documents relating to its richest clients’ yachts and private jets, in an attempt to stop information leaking about a unit of the bank that has made loans to oligarchs who were later sanctioned.

Investors this week received letters from the Swiss bank requesting that they destroy the documents relating to a securitization of loans backed by “jets, yachts, real estate and / or financial assets”, according to three people whose firm received the request.

The letters tell the investors to “destroy and permanently erase” any confidential information Credit Suisse previously provided in relation to the transaction, citing a “recent data leak to the media” that it said had been “verified by our investigators”.

Credit Suisse took the action after a Financial Times report last month detailing how it offloaded the risks relating to $ 2bn of loans to a group of hedge funds.

The FT report quoted extensively from the transaction’s investor presentation, which lifted the lid on closely guarded business secrets of the bank’s international wealth management franchise.

One slide revealed that a third of the defaults on its yacht and aircraft loans in 2017 and 2018 were “related to US sanctions against Russian oligarchs”. Press reports at the time indicated that Oleg Deripaska and brothers Arkady and Boris Rotenberg had to terminate private jet leases with the bank in those years.

The letters from Credit Suisse were sent during a week when the US, UK and the EU instigated a fresh wave of sanctions against Russia due to its invasion of Ukraine.

“I do not think we’ve ever had a request like this,” said one investor who received the letter, noting that his firm had only ever received similar notices when it had been sent confidential documents accidentally.

The attempt to stop clients leaking confidential information came after Credit Suisse was also hit with an extraordinary leak of documents detailing the accounts of 30,000 of its customers. The so-called “Suisse Secrets” papers pulled back the veil of Swiss banking secrecy, revealing the lender’s ties to oligarchs, corrupt government officials and drug smugglers.

Credit Suisse quietly closed the jet and yacht securitization deal at the end of 2021, offering an annual interest rate in excess of 11 per cent to entice a handful of hedge funds into the transaction.

The structure of the deal shields Credit Suisse from the first 4 per cent of losses in the portfolio, which are instead worn by the funds. This means that only a small number of defaults from the bank’s clients could wipe out their $ 80mn investment.

Several investors that passed on the deal said their concerns around the transaction had only heightened after the raft of sanctions recently placed on Russian oligarchs.

Switzerland announced on Monday that it intended to match EU sanctions on Russia, breaking with its longstanding tradition of political neutrality.

The investor presentation on the securitization deal is oblique on the geographic split of Credit Suisse’s ultra-rich clients.

One slide notes that its jet loan portfolio had shrunk since 2016 “due to stricter underwriting principles and uncertainties” in areas such as “Northern Asia”. While the term Northern Asia commonly refers to areas of Russia, a person close to the deal said that Credit Suisse used it to reference China and Hong Kong.

The documents also state that portfolio excludes any borrower on Credit Suisse’s internal “watchlist” or that is already subject to management by its “recovery team”.