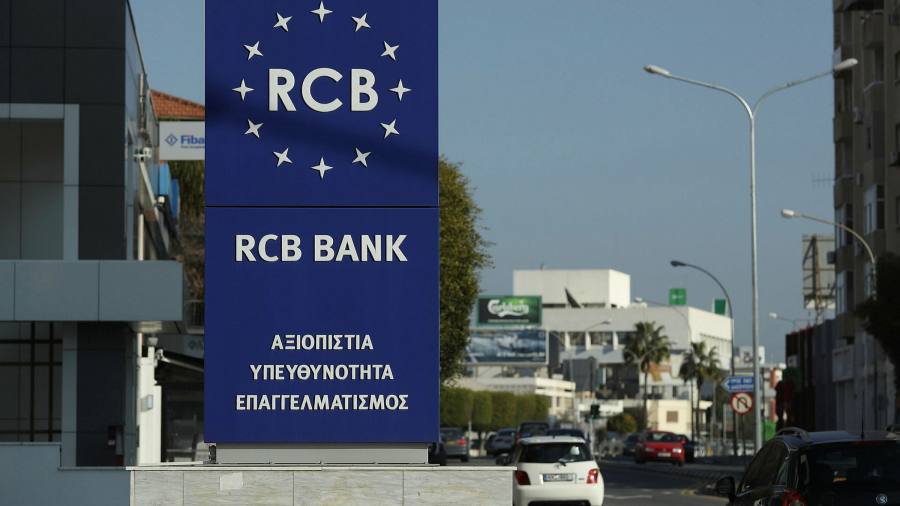 Cypriot lender RCB Bank is planning to close its retail business, making it the first bank to return money to depositors in response to Russia’s invasion of Ukraine, according to four people with knowledge of the internal discussions.

The bank, which was founded in 1995 as a subsidiary of Russian state-owned VTB Bank, has long been a favored lender for the large Russian expat community living in Cyprus.

Formerly called Russian Commercial Bank, it is effectively winding itself up before customers’ concern over the war in Ukraine leads to it suffering the same fate as the Austrian-based subsidiary of Russia’s Sberbank, which was placed into administration this month after being hit by a run on its deposits.

Banks with Russian clients have been particularly badly hit by western sanctions that limit the size of new deposits Russian nationals can make.

RCB is expected to announce as early as Thursday morning that it plans to close its retail operation, according to people familiar with its plans. The bank had € 2.8bn of customer deposits at the end of 2020, of which € 769mn were retail deposits.

On Tuesday, RCB announced it had reached an agreement with fellow Cypriot lender Hellenic Bank to sell a € 556mn performing loan portfolio for more than € 500mn. The bank said the transaction would allow it to have enough liquidity to cover all its liabilities and meet “its obligations towards all of its customers in full”.

Customers will receive their deposits in full or be able to transfer their accounts to rival banks, according to people familiar with the plans.

After it repays its retail depositors, it intends to give up its banking license and wind down its corporate loan book, the people added.

The bank declined to comment on its plans for its retail business.

Banks with close links to Russia have been hit hardest by the west’s sanctions regime targeting the country’s financial sector in response to Moscow’s invasion of Ukraine last month.

Sberbank Europe, a subsidiary of Russia’s biggest lender, collapsed at the start of March, with its EU operations transferred to local rivals or wound down.

VTB, Russia’s second-biggest bank, has been winding down its operations in Frankfurt and laying off investment banking staff in London.

The lender, which is majority owned by the Russian government, had its assets frozen by the UK last month and has been kicked off the Swift global transaction messaging system.

VTB has been gradually selling down its stake in RCB, which stood at 46 per cent last month. On February 24, the first day of Russia’s invasion, RCB announced that VTB’s holding in the bank had been sold to “Cypriot shareholders of the bank who represent management”.

The deal increased the shareholding in the bank of its chief executive, Kirill Zimarin, a Russian former VTB employee who has a Cypriot passport.

Four days later, the bank published a statement saying: “RCB Bank condemns war and violence in any form. We call for a peaceful solution as soon as possible. ” 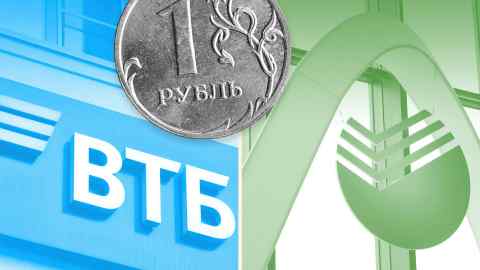 The European Central Bank could fine RCB up to € 5mn for not seeking the central bank’s approval before completing the sale of VTB’s stake in the bank, which the supervisor was only informed of after the transaction had been done, say people familiar with the matter.

ECB officials have long had concerns about RCB’s business model and its exposure to Russian interests, prompting them to issue warnings to tighten up its money laundering and sanctions controls, according to a person briefed on the situation.

Leaked documents known as the Panama Papers that were published by the International Consortium of Investigative Journalists said in 2016 that RCB gave Sandalwood Continental more than $ 800mn in unsecured loans and sweetheart deals on interest payment swaps from 2008 to 2013.

RCB said it refutes any links to Roldugin or granting unsecured loans.

While central bank supervisors are frustrated at being side-stepped by RCB, they are also relieved that the outcome of the bank’s retreat looks likely to protect depositors and reduce the exposure of Cyprus’s banking system to Russia, according to people familiar with their thinking.