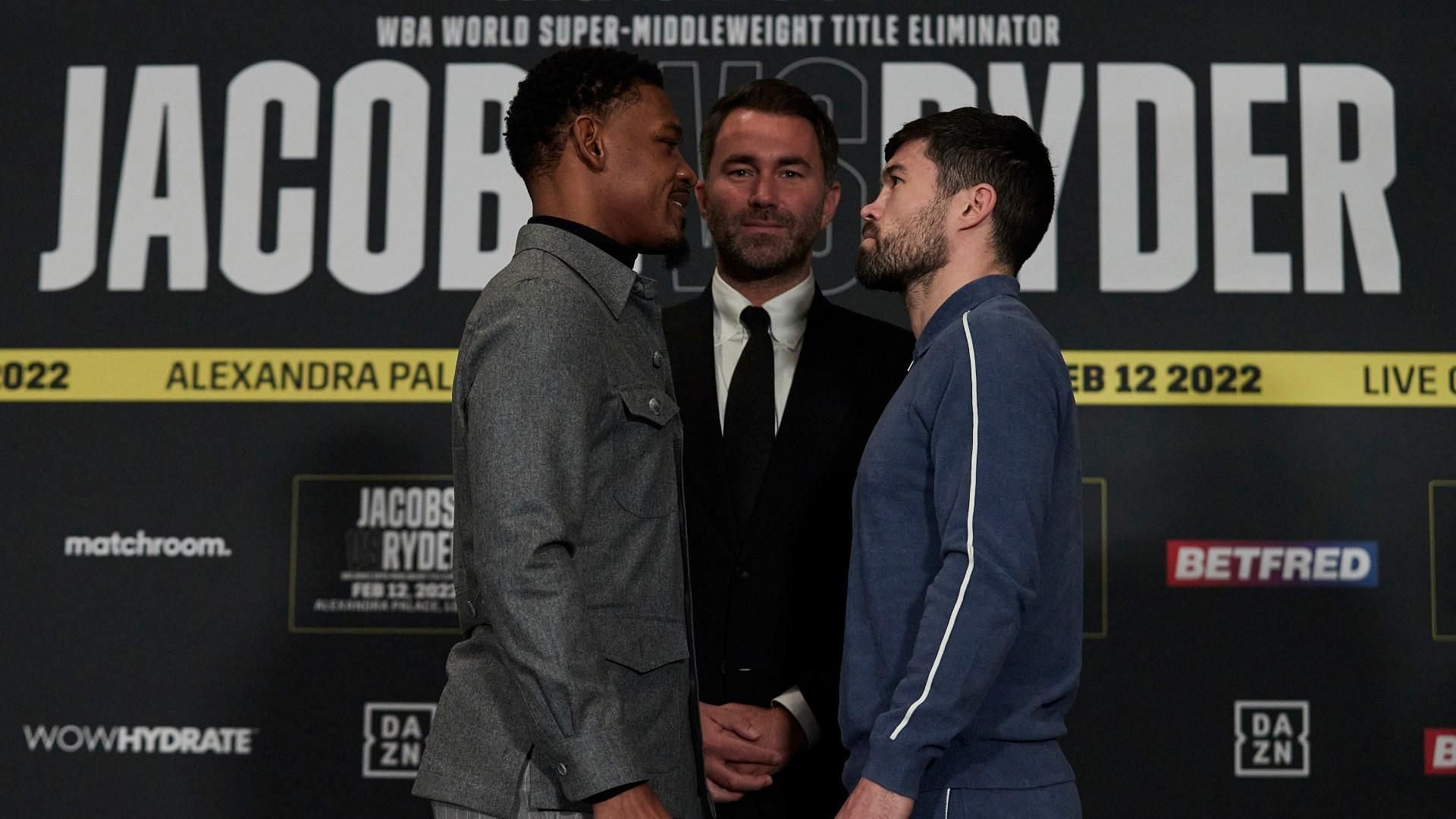 Super-middleweight contenders Daniel Jacobs and John Ryder squared off Saturday night in London. No championships were on the line in the bout, but the winner positioned themselves right back into title contention.

The trip to the ring was the first since 2020 for ‘Miracle Man’. Ahead of the bout, he stated that he was excited to fight in the UK, despite the fact ‘The Gorilla’ had the hometown advantage.

The co-main event saw heavyweight prospect Johnny Fisher back in action. The undefeated Brit took on veteran Gabriel Enguema in a six-round bout.

There was no divine intervention for ‘Miracle Man’ tonight in London. The former middleweight champion jumped out to an early lead as the Brit was gunshy in the early rounds of the contest.

However, midway through the fight, the tides turned. Ryder began becoming the aggressor and clearly took the final rounds of the bout. At the end of 12 rounds, ‘The Gorilla’ earned the victory and got one step closer to a title shot.

Felix Cash scored a unanimous decision victory over Magomed Madiev. The English fighter had to pick himself up off the canvas twice, but scored the WBC international middleweight championship with the win.

Austin Williams def. Javier Maciel via TKO (1:02 of Round 6)