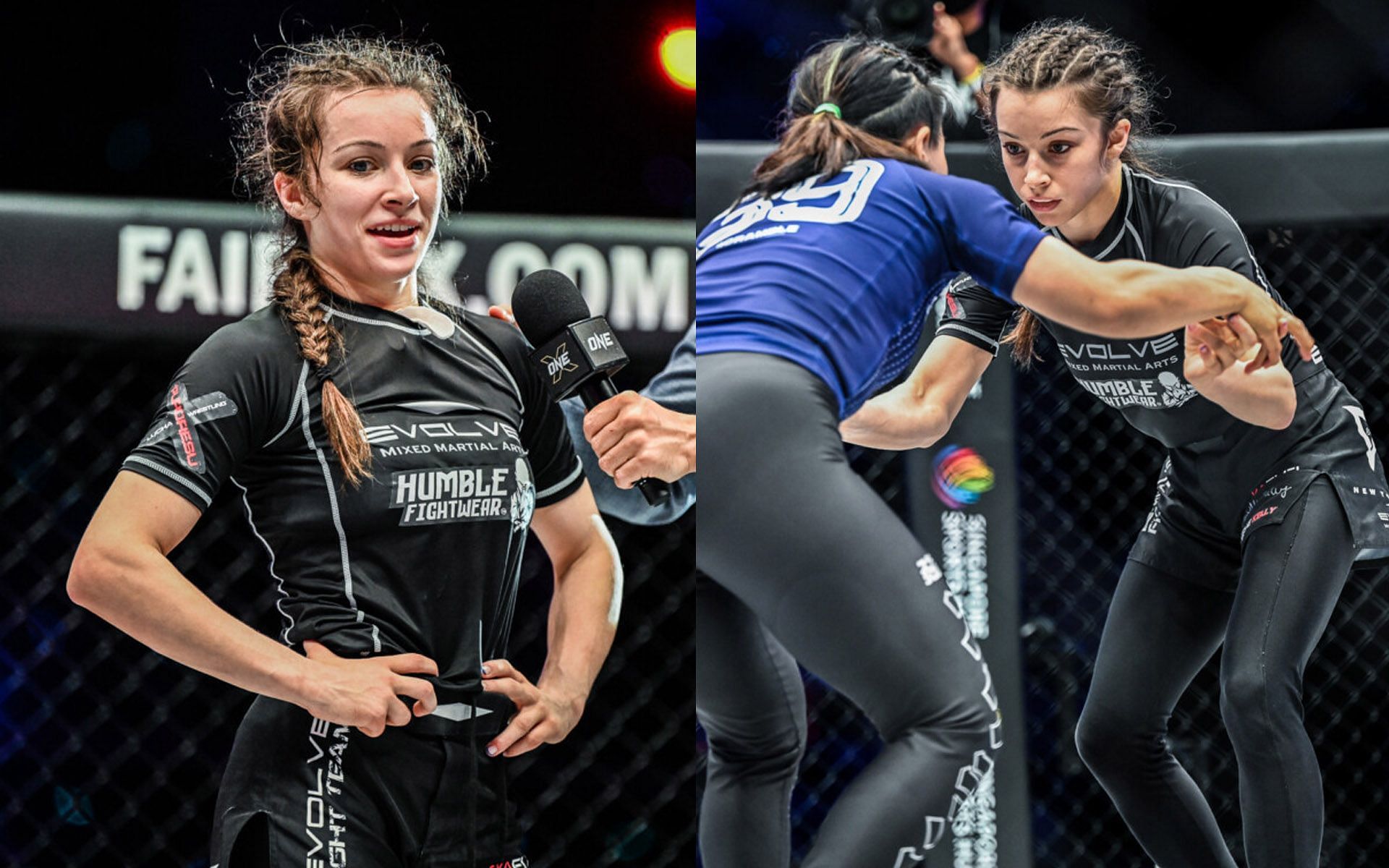 Danielle Kelly likes to finish her opponents whenever she gets the chance. Among the list of weapons in her arsenal, the rear-naked choke is her favorite move.

In an interview with Drake Riggs for MMA ManiaKelly explained why she thinks it’s an effective move.

“It depends on what’s there, but I really like the rear-naked choke because as time goes on, if you try to do a lot of heel hooks or like ankle locks or kneebars, especially with women, they’re very flexible. People just fight out of that. I think just to choke, it takes time and the person will just fall asleep. ”

According to FloGrappling, six of Kelly’s 10 wins have come by way of submission. Four of those wins have come via either a heel hook, kneebar or ankle lock. As such, she understands how difficult it is to lock in such submissions.

Danielle Kelly could not get the finish at ONE X

Danielle Kelly made her ONE Championship debut at the promotion’s 10-year anniversary showcase, ONE X, in March 2022. Kelly faced former ONE women’s atomweight world title challenger Mei Yamaguchi in a submission grappling contest in the second bout of the historic card.

The 26-year-old looked eager to finish her bout with Yamaguchi, constantly attacking through the 12 minutes of their contest. However, she failed to get the finish and the match was declared a draw.

Kelly was in for a pleasant surprise though. Her performance impressed ONE Chairman and CEO Chatri Sityodtong enough to award her with a USD 50,000 performance bonus.

The American BJJ phenom was emotional upon hearing the news and clearly did not expect it. In a later interview with the South China Morning Postshe shared how much of an honor it was to receive the bonus.

“I put in the time, I put in the work for all these years,” Kelly said. “I was putting in matches where I would make two hundred dollars in a small gymnasium. To be acknowledged for my work on such a big stage, it meant a lot to me. ”