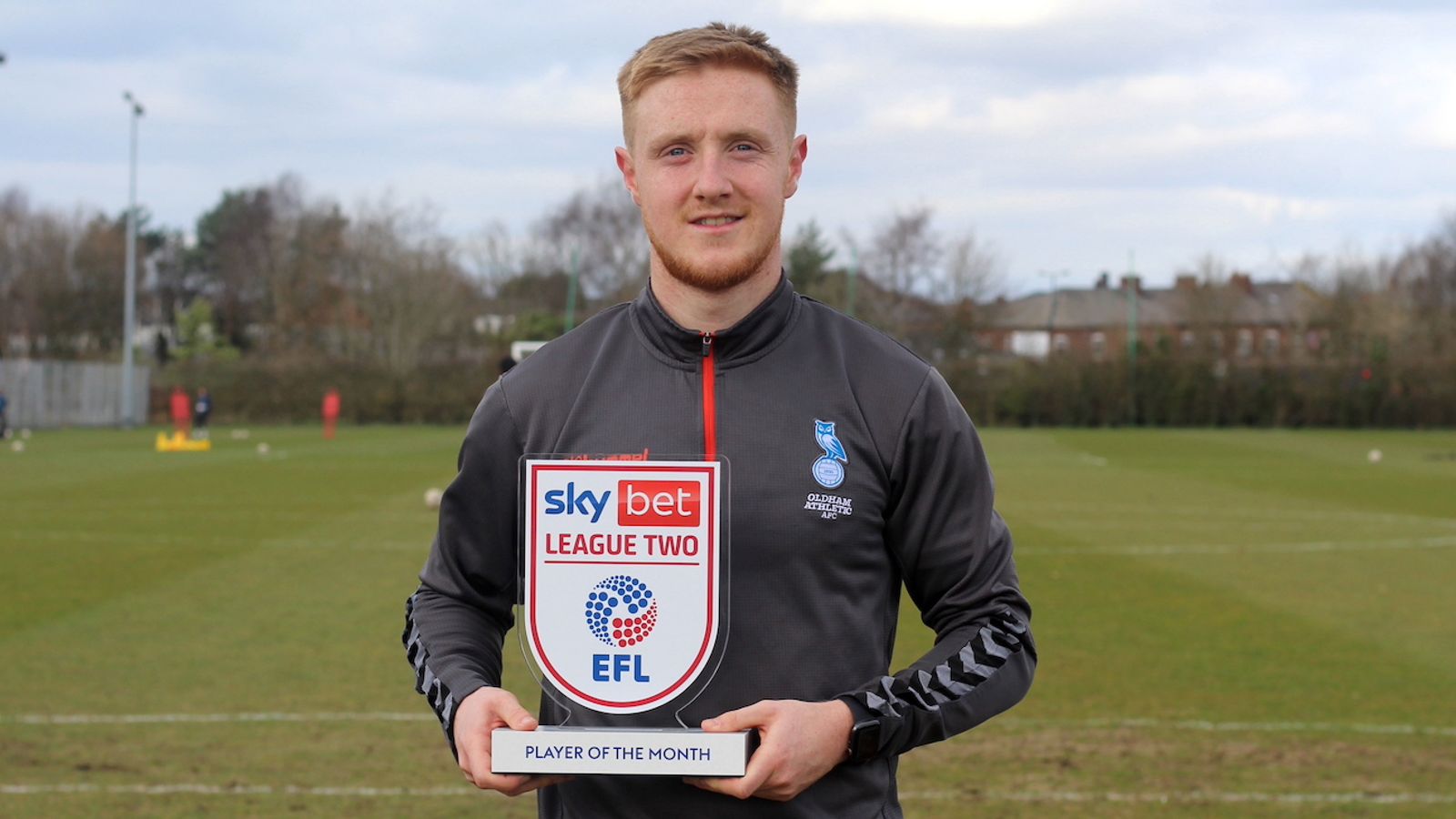 It is safe to say that there has not been much for Oldham fans to celebrate so far this season.

From ongoing protests against chairman Abdallah Lemsagam’s ownership of the club, to a humiliating 7-0 Carabao Cup exit against Brentford and a season-long battle to retain status as an EFL club they gained 115 years ago, it has been grueling at times.

But even in struggling teams there is often a player who provides a shining light and, for the Latics this term, that has been Davis Keillor-Dunn. In 47 appearances in all competitions, the forward has scored 13 goals and assisted three more.

That return has, no doubt, been pivotal to keeping the club from being cut adrift at the bottom of the League Two table.

While the outlook has been bleak for long periods, for the 24-year-old, it is another part of the steep learning curve he has been on during the five seasons since he turned professional.

When his scholarship came to an end at Chesterfield, he headed to Scotland to sign for Ross County and experienced relegation from the Scottish Premiership in 2017/18 – his breakout season. “I matured into a man there,” he tells Sky Sports.

That statement is understandable given the fact he subsequently fell out of favor at Victoria Park, spent time on loan at Falkirk and then left by mutual consent in September 2019.

Four months later he dropped into the National League to sign for Wrexham and then joined Oldham on a one-year deal in October 2020 after Covid brought the 2019/20 campaign to a premature conclusion.

He announced his arrival in the EFL with 20 goal involvements in 50 games to really put his name on the map.

“I do not want to sound big-headed, but I always believed in my ability,” Sunderland-born Keillor-Dunn explains.

“I knew I was getting to an age where wasn’t a young kid anymore and my numbers and my return needed to be great, otherwise I might have fallen by the wayside.

“I was putting a lot of pressure on myself to get those numbers and that’s what I pride myself on: my goals, my assists, my all-round performance. I always knew that if I was settled somewhere and enjoying my football, I would score and create goals wherever I was playing. “

But Keillor-Dunn knows that experiencing such hardship will benefit his versatility and the all-round ability he craves later down the line in his career.

“I’d rather be cruising and flying at the top of the league, but sometimes it happens where you’ve got to dig deep.

“Being a forward player, it’s down to me to create and score goals. I’ve done well up to now and hopefully I can carry it on. It’s not easy, but you have just got to keep knuckling down, giving your all and seeing where it takes you at the end of the season.

“Experiencing this now, I’ll have more of a heads-up when the going gets tough. I think you need to go through the tough times in football – and in life – to benefit and experience the good times.

“It’s not a good position to be in, but it’s good to learn from it and, when we get out of it, we can sit back and say ‘Let’s not let that happen again’.”

Admittedly, another shining light has emerged at Boundary Park in the last few months.

When Keith Curle was sacked on November 24, Oldham were managerless for two days short of two months – until club legend John Sheridan arrived for his sixth spell in charge.

He had an immediate impact, guiding the Latics to three wins and four draws in his first seven games in charge, which led to them breaking free of the clutches of the relegation zone for an all too fleeting moment.

Results have not quite gone their way since, with five straight defeats preceding Saturday’s visit of Mansfield, but those early results mean safety is still very much within touching distance in the final month or so of the season.

Keillor-Dunn has welcomed the calmness, stability and co-operation his appointment has brought.

“He has not tried to complicate things. He has just said we need to take the game to teams and try and score as many goals as we can. He has not come in and changed everything like some other managers might have done and dropped lads and things like that, he has just given us confidence.

“He tries to get smiles on faces and give the lads as much confidence as he can. He gives us the free rein in games to take it to teams, especially at home and against the top teams where we’ve got to go on and on. put in a performance.

“Knowing that the gaffer is here until the end of the season and we know it is not going to change means we can pull in the same direction and knuckle down. It’s good to have that bit of stability and know-how.”

He knows there is a sizeable fight ahead, too, but feels that, with the fans onside and the target in sight, the brief could not be clearer.

“The fans have been tremendous and Boundary Park has been a great place to play recently. Our home form wasn’t great at the start of the season, but we’ve picked up a few more wins at home and it’s massive for them to be on side. 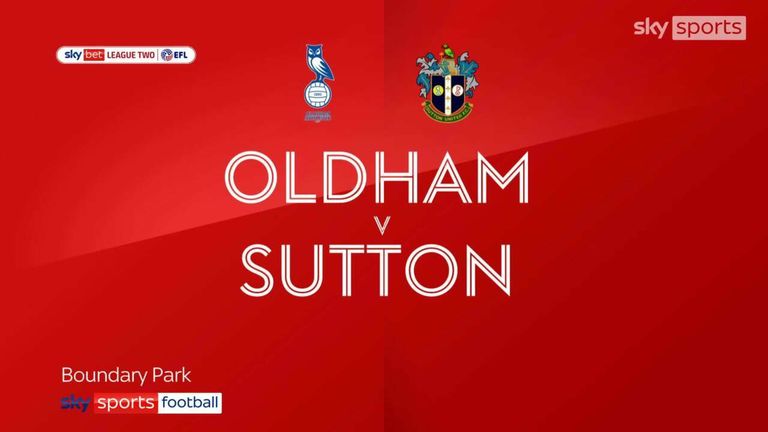 Highlights of the Sky Bet League Two clash between Oldham and Sutton.

“There’s not a stadium like it when we are doing well. Everybody understands that the club should not be at the level it is at.

“If you looked at the table a couple of weeks ago, you’d be a little bit more negative towards it, but now there’s something to play for and get our teeth right into. All the boys are relishing the challenge, to be honest .

“Just because we are down there, does not mean our attitude and morale is down. We have got to stay positive as there are a lot of games to play and a lot of points to play for. We just need the fans to stick with us and give it a right good go. “

With nine games left to go, Oldham’s fight to preserve their status as an EFL club is on.