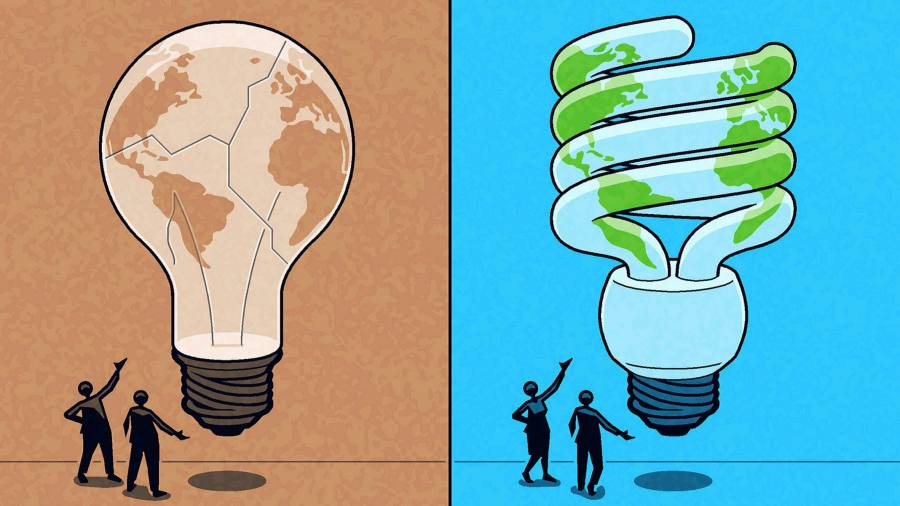 This week, the global elite will convene once again in Davos, Switzerland, after a two-year pandemic break, for the World Economic Forum. The conversation will revolve around deglobalisation and its discontents. I expect the headlines will be that decoupling between China and the US is untenable, free trade always works just as David Ricardo thought it would, and unless we return to the mid-1990s status quo of neoliberalism, doom awaits.

Readers of this column will know I do not agree. Yes, our most recent round of globalization produced more wealth than the world has ever known. Unfortunately, as the economist Dani Rodrik has pointed out, for every $ 1 of efficiency gain from trade, there is typically $ 50 worth of redistribution towards the rich. The economic and political consequences of that are the key reason that we are now in a period of deglobalisation.

Even as supply chains are fast becoming more regional and local, academics and policymakers continue to debate whether decoupling is possible. They should get out of the ivory tower and speak to more executives and labor leaders. As economists debate the “possible”, business is simply getting on with the new reality of a post-neoliberal world and adapting in creative and, in some cases, even growth-enhancing ways.

Emerging markets in Latin America, Africa and Asia, for example, are building regional production networks for crucial goods. Ultimately, this could create more resilient trade pathways and new development models that aren’t entirely pinned to exporting cheap goods to a handful of rich nations across long transport routes that are becoming more expensive and politically contentious.

Nearly everywhere, decentralized technologies and big data are allowing more “local for local” production, something that may also end up being good for the planet. Additive manufacturing is another big topic on the Davos agenda. 3D printed homes, for example, are springing up not only as a quick housing solution in disaster zones, but in rich countries like the US as a possible solution to rent inflation.

In short, the post-neoliberal world isn’t all bad or all good – it’s just different. And crucially, it’s more of a reflection of realities on the ground. One of the great myths of laissez-faire trade is that politics and cultural values ​​did not matter – if two countries could trade together, both would always be richer and better off, full stop. That’s the classic Ricardian trope, but even Ricardo himself did not fully believe it.

Not only did he not imagine the technology that would allow for the outsourcing of entire production chains (rather than raw goods for finished products, which was the norm in 1817), he believed that “most men of property [will be] satisfied with a low rate of profits in their own country, rather than seek[ing] a more advantageous employment for their wealth in foreign nations. ” Clearly, he’d never been to Davos.

Nationalism is not to be encouraged. But questioning the conventional economic wisdom is. Consider the debate around manufacturing, another WEF topic. Many economists point to the fact that manufacturing represents a small and declining proportion of jobs in rich countries and in many poor ones, too. Countries should cast off factory work as they move up the food chain to services. But as anyone in the business world knows, these sectors have always been more intermingled than jobs data would indicate, and they are becoming much more so in our era.

Research shows that knowledge-intensive businesses of all sorts tend to spring up more frequently in manufacturing hubs, spurring higher levels of growth in countries that create them. The continuing shift to our next stage of digital development, from the consumer internet to the “internet of things”, will put this trend on steroids. As data lives in manufactured products, there really is no line between factory work and knowledge work any more.

Consider something as simple as an automobile tire. As vehicles become autonomous, the tire becomes the key information gathering node between the road and the car, monitoring conditions, tracking movement and so on. Companies such as Bridgestone, Pirelli, Michelin and others are incorporating sensors in products to collect this valuable data, which will be analyzed by any number of other companies and industries, creating entirely new businesses and jobs we can not even imagine yet. Who owns this data? Most likely, the companies and countries making the products.

This is not an argument for tariffs or import substitution or even for industrial policy (though I’m not against the latter). Rather it is a plea for a bit more inductive reasoning when thinking about our emerging economic order. Too often, we tend to fall back on the old thinking because there is not yet a unified field theory for our new world. That does not make outdated models work any better.

Globalization is not inevitable, despite what we were told by politicians in the 1990s. In order for any political economy to work, it has to serve domestic needs. The shifts that we are going through today come with both challenges and opportunities. In that sense, deglobalisation is not so very different than what came before.