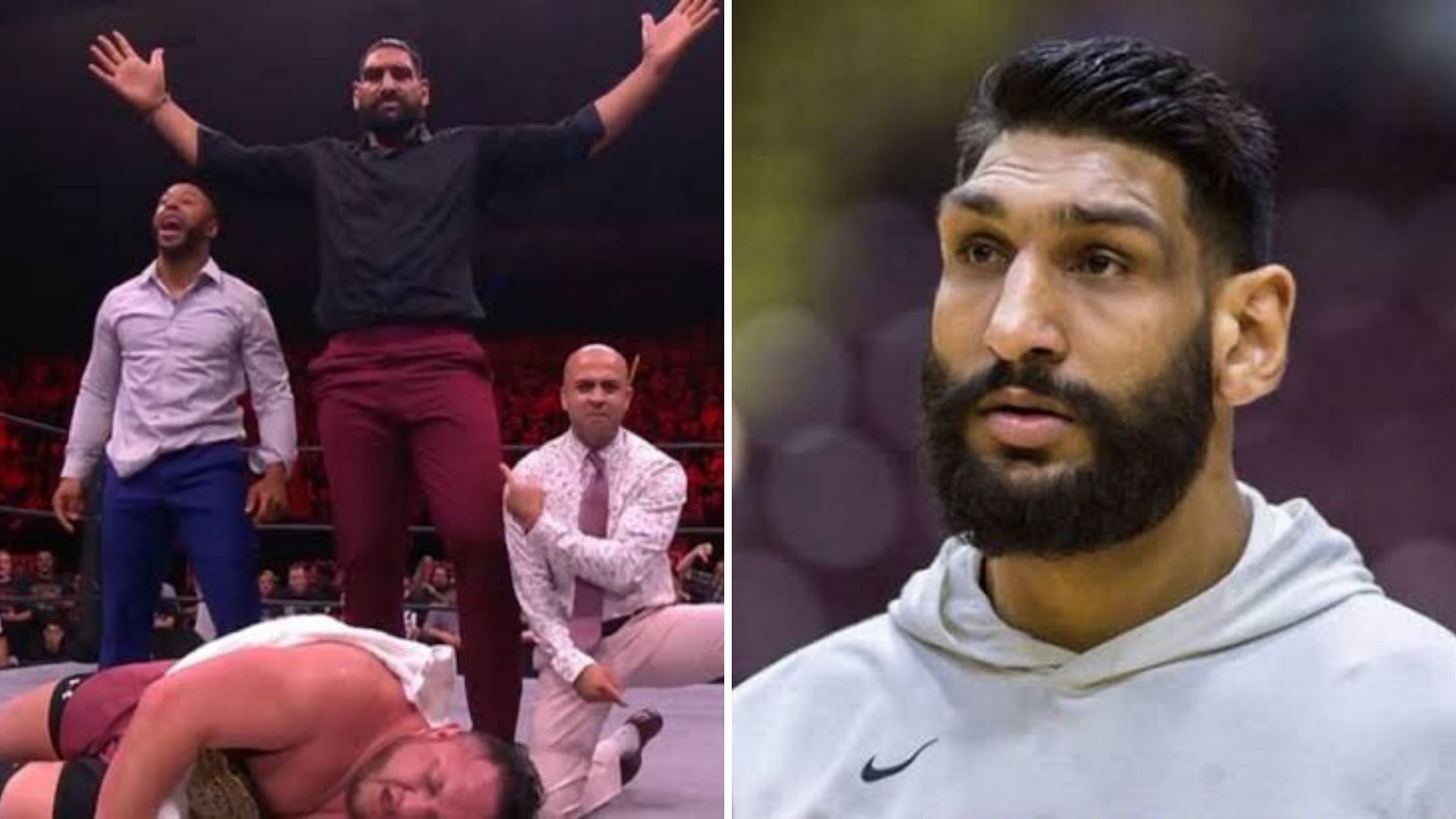 The 7-foot-tall giant was the “present” Jay Lethal and Sonjay Dutt had promised to introduce Samoa Joe to on last week’s episode. Once the latter captured the ROH TV Title from Minoru Suzuki, the lights went out. Satnam Singh emerged and laid down Joe, with Dutt and Lethal on his side.

The show-closing segment was less than well-received by fans, as many expected a surprise debutant or a returnee to appear. Speaking on the latest episode of Sportskeeda Wrestling’s The Bro Show, DDP pointed out that Satnam Singh was not just another guy, as he had been training for nearly a year.

The WWE Hall of Famer added that while Singh hadn’t competed in pro wrestling before, the time was right to put him in front of viewers.

Check out the video below:

Soon after the 26-year-old showed up in All Elite Wrestling, a report about the possible reason behind his debut emerged. Satnam’s debut was allegedly a part of AEW’s strategy to make in-roads into the Indian market, where it airs on EuroSports of the Discovery network.

It’s worth noting that AEW airs on TNT and TBS in the USA, both parts of WarnerMedia, which recently merged with Discovery. With India being a lucrative market for WWE, it’s no surprise that Tony Khan also wants to expand his promotion in the country.

It’ll be interesting to see if Singh becomes a prominent player on AEW’s weekly programming, even though fans aren’t very pleased with how his debut went down.

What did you make of Satnam Singh’s All Elite Wrestling debut? Do you see him becoming a main event player in Tony Khan’s promotion? Sound off in the comments section below.

If you take any quotes from this article, please credit Sportskeeda Wrestling and embed the Instagram video.