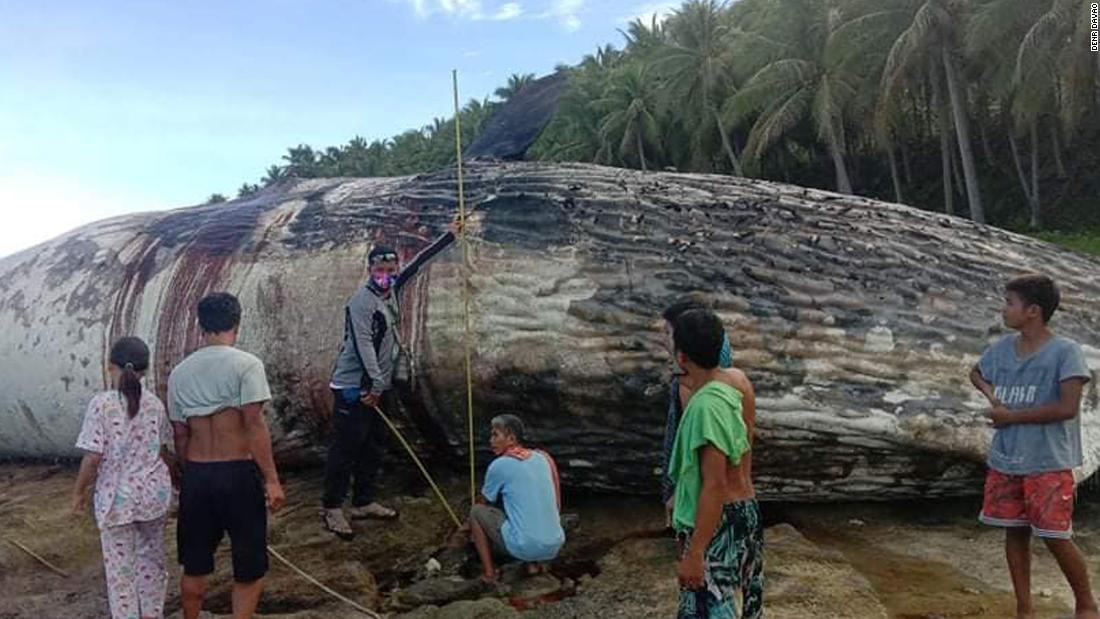 Two fishermen spotted the 60-foot (18-meter) carcass on a beach in the Davao region early on Saturday, the Department of Environment and Natural Resources (DENR) said. It had “multiple wounds” and was “most likely, already lifeless” when it reached the shore, the DENR added.

It’s the second dead sperm whale found in the Philippines this year and the discovery came just a day after a juvenile female washed ashore in Tel Aviv, Israel. Earlier this month, an adult male and a newborn calf were found dead in the Florida Keys.

The IUCN Red List of Threatened Species lists sperm whales as “vulnerable” and at a “high risk of extinction in the wild”. In the United States, they are listed as endangered under the Endangered Species Act.

Experts are investigating the cause of death of the whale found in Davao and the necropsy is expected to take at least 36 hours.

Earlier this year, another dead sperm whale, measuring more than 42 feet (about 13 meters), washed ashore on Mindanao, the second-largest island in the Philippines – stunning residents and baffling Philippine marine biologists who said they could not ascertain the cause of death despite collecting tissue samples and dissecting the whale’s stomach for clues.

Five other sperm whales were discovered dead in areas around Davao in 2019. Some had eaten marine trash and toxic microplastics.

A post-mortem of a dehydrated and emancipated young whale showed pieces of nylon rope and single-use plastic cups – commonly used by local food vendors – in its stomach. Its stomach and intestines were otherwise empty.

Disposing of dead whales is a mammoth task due to their size. Letting nature take its course is an option but noxious gases that naturally build up can prove dangerous.

In Davao, DENR regional executive director Bagani Fidel A. Evasco ordered the area to be cordoned off.

“The carcass should be disposed of immediately because its smell can be toxic and hazardous to the community,” he said.