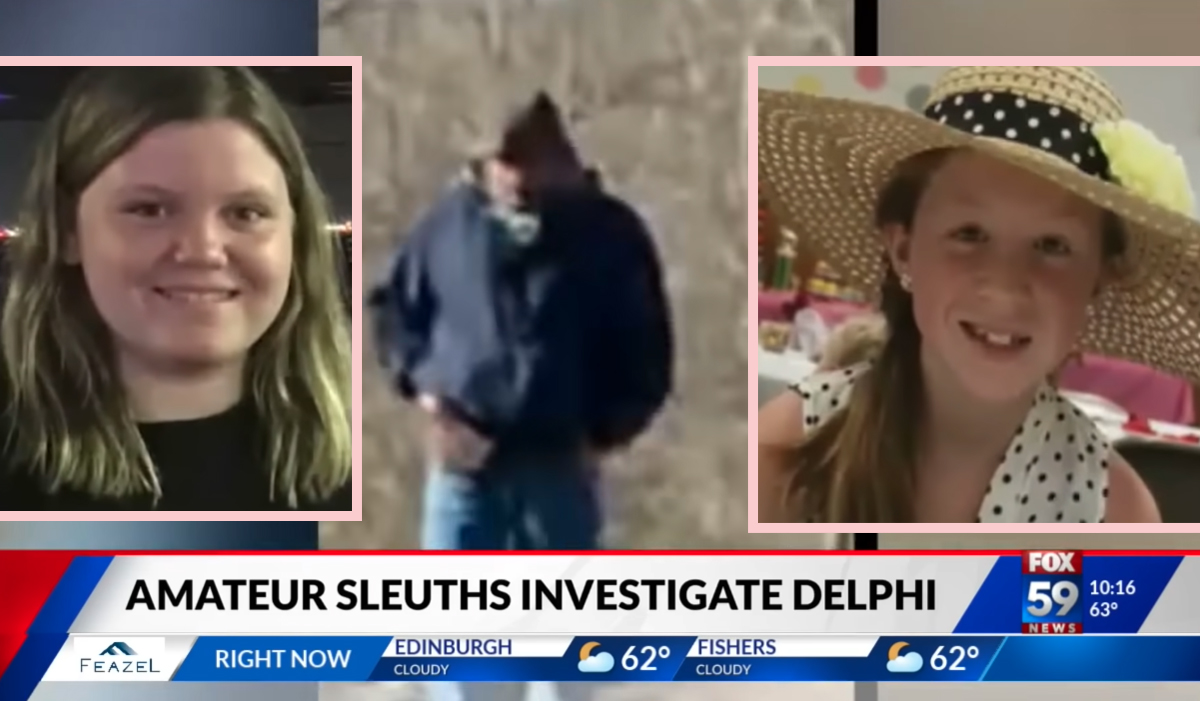 Wow, this cold case has really got some heat on it now!

In case you were not familiar, the shocking Delphi murders have gone unsolved for over 5 years. On February 13, 2017, 14-year-old Liberty “Libby” German and 13-year-old Abigail “Abby” Williams were dropped off at Indiana’s Delphi Historic Trails by Libby’s sister, possibly to meet someone. The two girls were hiking on the Monon High Bridge Trail when they vanished, never to be seen alive again. Later, their bodies were found about half a mile away on the bank of Deer Creek.

Police have a couple of big clues thanks mainly to Libby, who had the presence of mind to turn on her phone and record a man’s voice saying “down the hill,” as well as a grainy video of someone coming towards them. The vid, uploaded to Snapchat, showed a white male wearing faded jeans, a blue jacket, and a hoodie. He had his hands in his pockets as he approached.

Earlier this year, a possible break in the case came when the interrogation of a man named Kegan Kline was dug up. The Murder Sheet podcast showed he had actually admitted to having contacted Libby while she was at a sleepover the night before her disappearance. Kline was catfishing with photos of a young model, using them to solicit nudes from underage girls. He’s actually in prison already, awaiting trial on child pornography charges. You can read more about that lead HERE.

But there’s another possible suspect to discuss as well.

See, according to an FBI affidavit released by the Murder Sheet podcast, 15 separate tipsters called into the police identifying the man in Libby’s photo as Ron Logan. You can see the resemblance to the photo. And FBI investigators determined his voice was “not inconsistent” with that of the recording. Apparently Logan had even been arrested in 2017!

The Delphi local was questioned by police and reportedly told them a friend had driven him to the store to buy tropical fish 20 miles away that day between 2 and 2:30. He asked a relative to tell the cops he got home between 5 and 5:30; however, a later search warrant shows that the police believed he had asked the family member to lie – they said he made statements that were “intentionally designed to deceive.”

Logan also owned the property where the girls’ bodies were found. He told Inside Edition back in 2017:

“You just can not believe this terrible thing that happened to the community and the families actually happened here on my property, in my backyard.”

Logan even spoke to the outlet about the photograph, saying:

“The picture is of such poor quality. It does not look like anyone I’ve ever seen. ”

Logan was arrested but still never formally identified as a suspect, despite the circumstantial evidence. There just was not enough to be sure. If he was involved, it’s too late to ask him any more questions. He died in 2020.

For more on this and other leads, watch the latest update from the local news station (below):

Anyone with new information on the case should contact the Indiana State Police at [email protected] or call 765-822-3535.