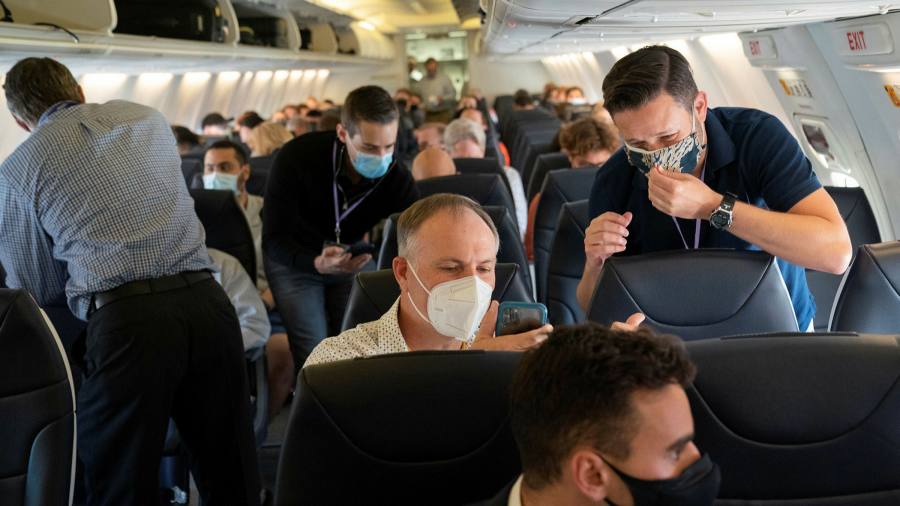 Delta Air Lines and United Airlines will allow customers previously barred from flying for failing to wear masks to board flights again, the carriers said on Wednesday evening, after US authorities abruptly stopped enforcing face covering requirements following a court ruling this week.

“With masks now optional, Delta will restore flight privileges for customers on the mask non-compliance no-fly list,” the Atlanta-based carrier said in a statement. This would apply to roughly 2,000 banned travelers.

Delta said the bans would lift “only after each case is reviewed and each customer demonstrates an understanding of their expected behavior when flying with us”. Those on the company’s permanent no-fly list “remain barred from flying with Delta”, the company added.

United said some customers will be allowed to fly again “on a case-by-case basis” after “ensuring their commitment to follow all crew member instructions on board”, a spokesperson said.

There have been 1,233 reports of unruly passenger incidents so far this year, 65 per cent of which were related to face masks, according to the US Federal Aviation Administration. Ed Bastian, Delta chief executive, called for a national no-fly list of unruly passengers as recently as February.

Airline chief executives had called for the federal government to rescind its mask mandate for public transportation, including air travel, citing the safety of airline staff who had to enforce the rule. The mandate was instead struck down on Monday by a federal judge who ruled that the Centers for Disease Control and Prevention had exceeded its authority in issuing the rules to protect against the spread of Covid-19.

After the decision, the Biden administration said the Transportation Security Administration, which is charged with airport security, would not enforce the mask mandate.

The US’s leading airlines then quickly dropped their mask mandates for employees, crew members, and customers onboard aircraft, with some international carriers following suit for US-bound flights. Various opinion polls this month found that a majority of people in the US still support wearing masks on airplanes. 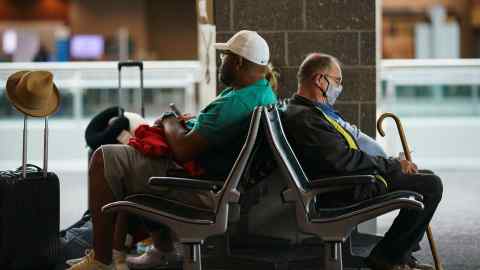 The justice department said on Wednesday it would, at the request of the CDC, push ahead with an appeal against the judgment from Kathryn Kimball Mizelle, which experts said threatened to undermine the organization’s authority to tackle this pandemic and future ones.

A successful appeal could give the Biden administration the authority to reimpose the mask mandate if it wishes. But it is also a risky move – if the appeal fails it could set a legal precedent that might make it harder to issue similar rules in the future.

The CDC said in a statement: “To protect CDC’s public health authority beyond the ongoing assessment announced last week, CDC has asked [the Department of Justice] to proceed with an appeal. ”

It added: “When people wear a well-fitting mask or respirator over their nose and mouth in indoor travel or public transportation settings, they protect themselves, and those around them, including those who are immunocompromised or not yet vaccine-eligible, and help keep travel and public transportation safer for everyone. ”