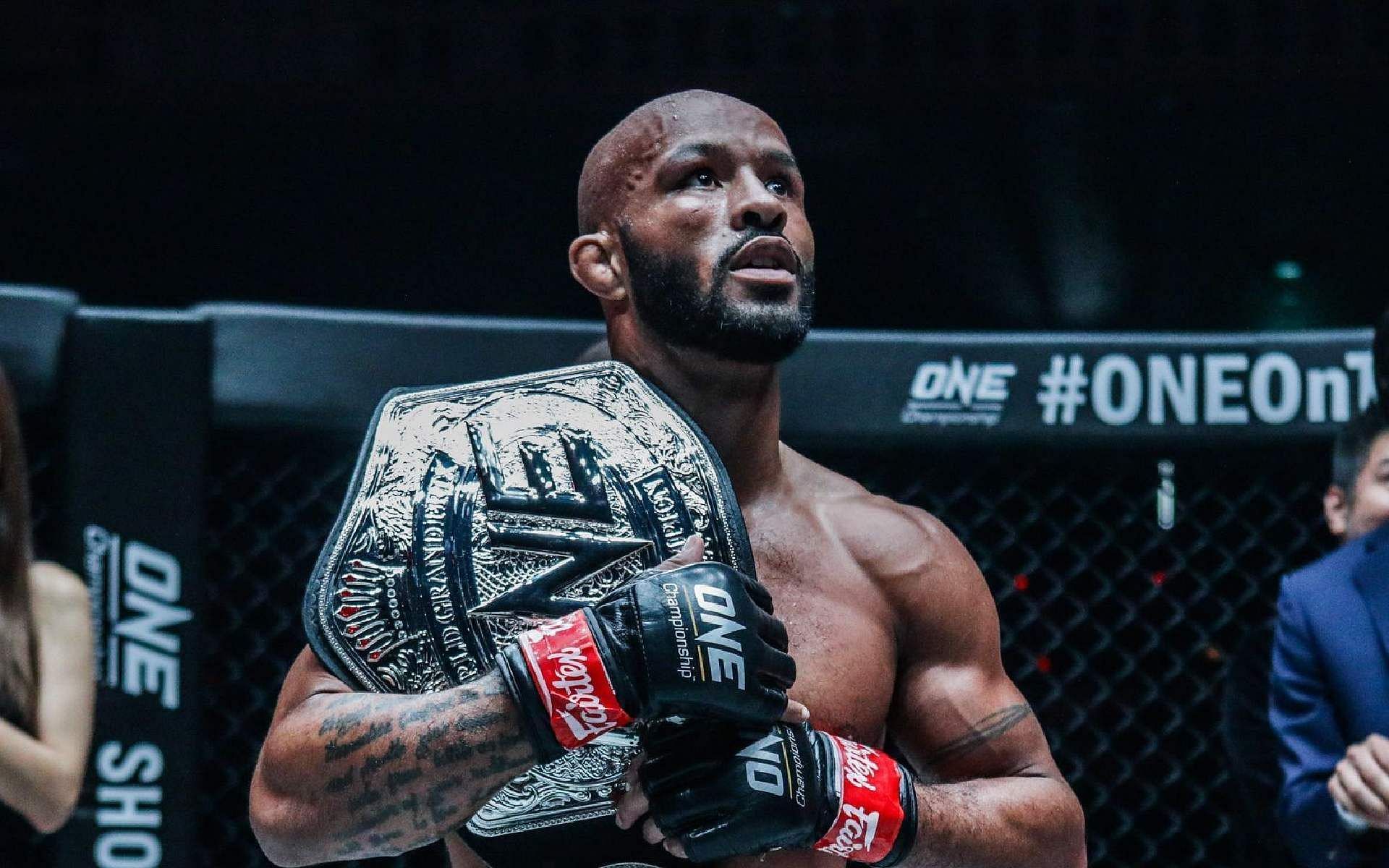 Nothing from Demetrious Johnson’s past would’ve suggested that he could become an all-conquering force in the world of mixed martial arts.

‘Mighty Mouse’ was not born into a fighting family nor was he living in the gym to train solely as a professional fighter. The man who many consider to be the GOAT in the flyweight division was still working as a forklift operator well into his MMA career. It was not until after his 16th fight that he dedicated his life to the sport.

During a recent ONE X virtual media day, Demetrious Johnson said that it was after his title challenge against UFC bantamweight champion Dominick Cruz that made him focus on MMA and eventually leave his day job.

“Probably after I fought for the world title against Dominick Cruz. You know, I made some good money from that fight. And I was able to quit my day job to supplement not working, you know, 40 hours a week. ”

“But if I have to put a stake in it, it’ll probably be after that fight against Dominick Cruz.”

A career that began in 2007 is still going strong and Johnson will feature at ONE Championship’s 10-year anniversary show, ONE X. He will face ONE flyweight Muay Thai world champion Rodtang Jitmuangnon in a special-rules fight on March 26 at the Singapore Indoor Stadium.

Demetrious Johnson has admitted that his decision at the time was a big leap for him. That’s because MMA was not seen as the most stable of careers during the 2010s.

On that, Johnson told the media:

“But even then, you still do not know if your career would be in mixed martial arts because all it takes is two fights back in a day and then you’ll be out. You know, you get your pink papers, get your walking papers. So, for me, it was just, you know, grinding every day and training, and winning my fights. ”

Nevertheless, the sporting icon has amassed an enviable resume. Since that life-changing decision, Johnson has become one of the best fighters in MMA history, capturing the UFC flyweight world championship in September 2012 and defending the strap 11 times.

He then moved to ONE Championship in 2018, where he became the ONE Flyweight World Grand Prix winner and is the promotion’s No.1 contender, below ONE flyweight world champion Adriano Moraes.