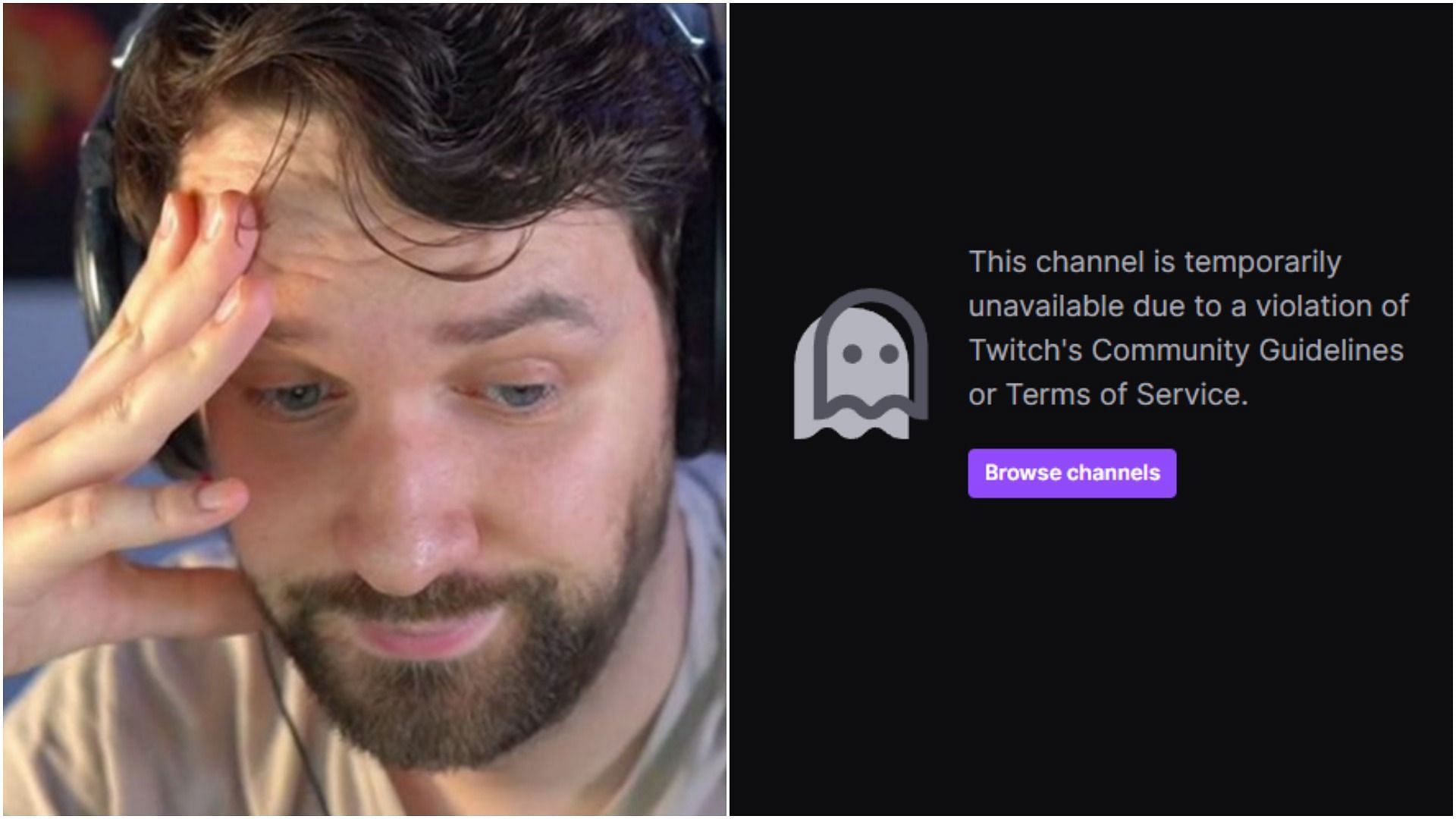 The contentious political streamer Destiny was banned from Twitch, leaving fans to scramble for the reason.

The streamer is known for his controversial takes on current events, along with being very unfiltered in his choice of words. These aspects of his personality are usually what gets him into trouble with many communities online, making him a negative figure in the eyes of many.

Destiny is no stranger to getting banned, as he has been handed 6 bans since 2018 for a variety of reasons. While this ban would not normally be shocking to fans, there is a lot of speculation around the specific reason as to why, since the streamer has done 3 things in the last week that could warrant a ban.

Destiny banned from Twitch, but what did he do?

The first and most likely reason for his ban would be his debate with the far-right political figure Nick Fuentes, who is widely known as a white nationalist. While having a political debate does not go against Twitch’s terms of service, having someone like Nick Fuentes, who is banned from Twitch, appear on a stream certainly does.

He streamed the debate for around 10 minutes on both YouTube and Twitch, afterwards switching to YouTube only to try and avoid being banned. If this is the reason for the ban, that would make this the second day in a row where a streamer was banned for featuring a banned streamer.

The next reason many believe is related to the Twitter account ‘TheOmniLiberal’, which is associated with him, pointing to two recent posts that the internet found distasteful. It started when a Twitter user shared a screenshot of the account saying the N-word in an old, now deleted, tweet.

The account then responded by repeating the word and sharing a photoshopped image of the streamer that changed his appearance to that of a black male.

This upset plenty of people on the internet. However, there is another series of tweets that many are pointing to as a possible reason to upset plenty more Twitter users. In a now deleted rant on the topic of trans people in sports, Destiny shared his opinions, which were against having them participate. This upset the LGBTQA + community on Twitter.

One Twitter user who was being harassed by Destiny’s fans posted a tweet claiming that they were responsible for the ban.

While these two series of tweets could be related to the ban, it’s certainly more likely that he was banned for featuring a banned streamer on his stream. However, we can not say for certain whether this is the reason or not, as neither Twitch nor Destiny have made statements about the situation, which leaves us waiting until either party speaks about the situation.