The Justice Department on Wednesday appealed a ruling by a federal judge that struck down the mask mandate for mass transportation, following a recommendation by the U.S. Centers for Disease Control and Prevention.

Earlier Wednesday, White House press secretary Jen Psaki said Americans have a “choice” as to whether they will wear a mask on an airplane following a court ruling banning the federal mask mandate on planes, trains and other public transportation.

“People are not legally bound to wear masks. So, it is a point in time where it is up to people, it is their choice, ”Psaki told reporters, later adding that the administration continues to recommend“ everyone wear masks on a plane ”per guidance from the US Centers for Disease Control and Prevention.

When asked about President Joe Biden’s comments Tuesday that people should decide for themselves whether to wear masks on an airplane, Psaki said that Biden “was answering the question quite literally,” reiterating that the White House disagrees with the judge’s decision and that Biden and others traveling with him would continue to wear a mask in flight.

“We are not implementing the mask mandate because of the court order, which we disagree with, while he is still abiding by CDC guidance. So, we recommend Americans do that across the country. They’re still recommending people wear masks on airplanes, ”Psaki said, noting that travelers aboard Air Force One Tuesday on a trip to New Hampshire all wore masks.

Psaki said that public polling “does not actually show that there is a universal view of people getting rid of masks,” but that that “does not matter” to the White House as it makes its decisions based on public health and data. ”

The Biden Justice Department said on Tuesday it would appeal the court ruling that struck down the federal mask mandate for travelers – but only if the CDC determined the mandate is still necessary to protect public health.

Before the Florida judge’s ruling, the Biden administration had extended the requirement for masks on planes, trains, and inside airports through May 3. The CDC was set to assess whether the mandate was still needed, and Psaki later suggested that assessment could be finished before May 3.

“I would expect you’ll hear from the CDC very soon. And I do not think it’s at the end of 15 days, in terms of their expectation and ask for an appeal, ”Psaki said.

Pressed on why the Justice Department did not immediately appeal the ruling or seeking an emergency stay, Psaki pointed to the CDC’s need to gather more data on the BA.2 subvariant of Covid-19, the original reason for the extension of the mandate last week.

“The CDC obviously, as you noted, called for this extension because they wanted to look at more data. So I think we can all expect they’re going to continue to want it. The Department of Justice is just waiting for that kind of final comment to take action and appeal. They said they would appeal. In terms of when they will appeal, I’ll leave that to them to speak to, ”she said, noting that the objective was both to appeal the lifting of the 15-day extension“ but also to preserve the CDC authority over the long term. ”

This story has been updated with additional developments on Wednesday.

The Dyson Airwrap is one of the most sought-after beauty tools, often out-of-stock despite its $ 600 price tag. Now, a new generation of the Airwrap is available - and it comes with some major upgrades. Producing awe-inducing results without...

Most want to avoid payday loans, which offer quick cash against future paychecks without a credit check and come with an interest rate above 500%. But the rapidly increasing prices of food, fuel and rent gives them few options.To predatory... 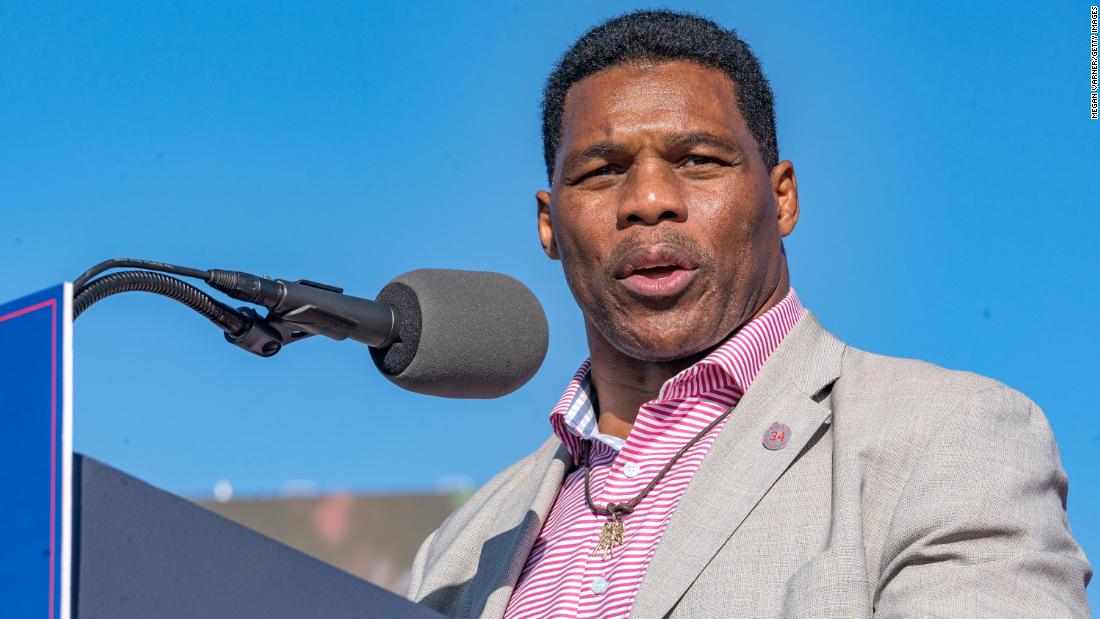 Analysis: Herschel Walker is having a very bad week

The events of the last few days illustrate just how problematic Walker is as a candidate.First came a report from the Atlanta Journal-Constitution that carried this headline: "Herschel Walker claimed to be in law enforcement when he was not." Here's...