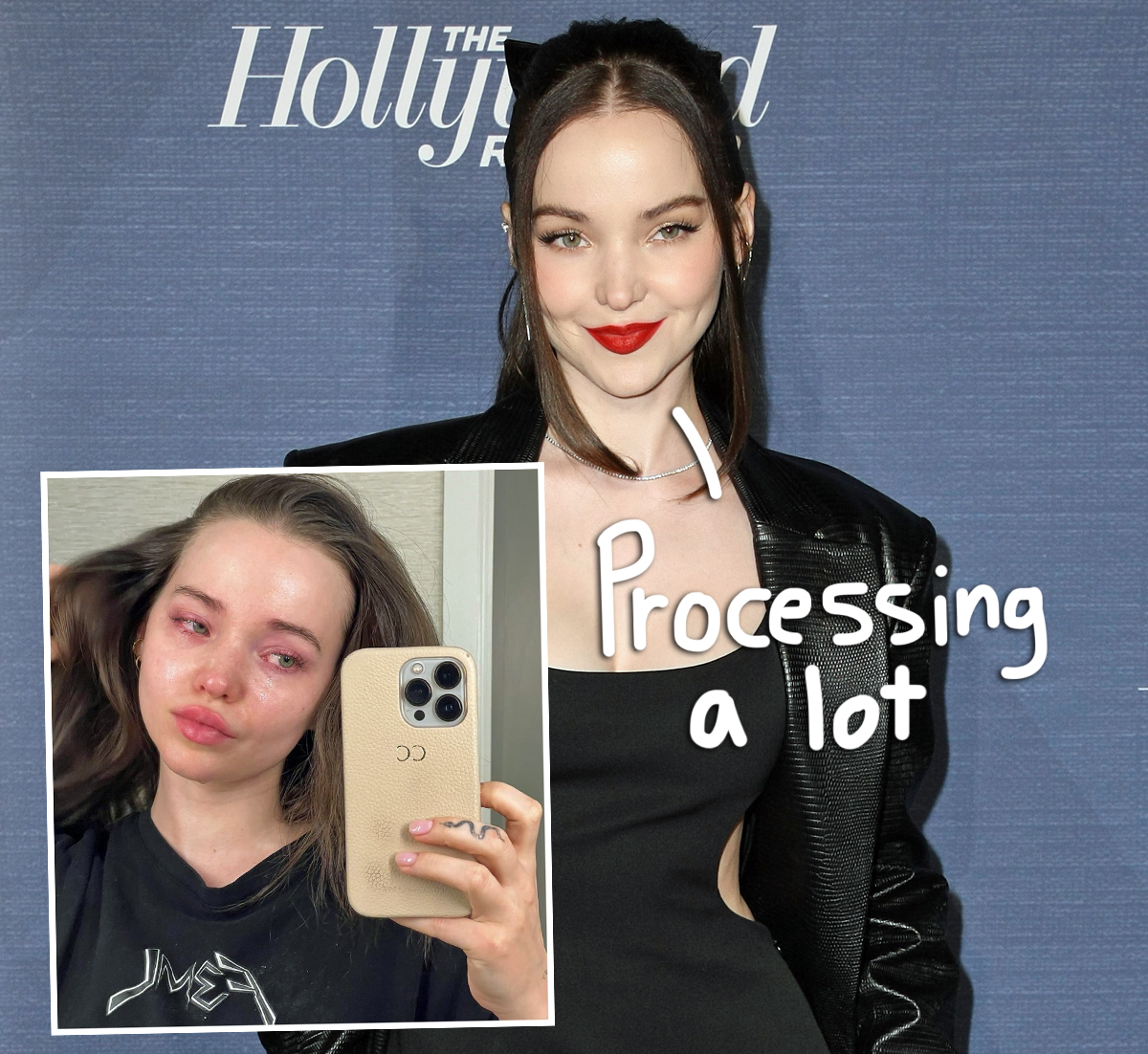 Dove Cameron returned to her social media with a bit of positive news following an emotional post detailing a struggle with her identity.

On Thursday, the Boyfriend singer shared a glimpse into her time in the studio via TikTok. In the clip, she starts off singing into a microphone while wearing headphones. She then cuts to a friend who teases her for using an “NPR voice. ” LOLz! She captioned the video:

Just what she needs these days…

Related: Ariel Winter Explains Why She Vanished From LA After Modern Family Ended !!

Check out a peek into Dove’s music-making process (below):

It’s been a truly emotional week for the Descendants actress after she attended The Cameron Boyce Foundation‘s Inaugural Cam for a Cause Gala on Wednesday in honor of her late co-star and friend. Cameron was just 20 years old when he died in his sleep after suffering a seizure due to epilepsy in July 2019. Speaking to People at the event, the Disney Channel alum expressed:

“And I think that’s one of his legacies, he touched people in that way. In a way that I do not know anybody else has. And also of course, wielding peace for all of the world. ”

She also added that it was “highly emotional” for her to attend. We can understand that! After the event, Dove took to her Instagram with another very candid reflection on her mental health lately, revealing that she has been struggling with her sense of identity. While posting a series of mirror selfies in which her eyes were puffy with tears, she explained:

Growing up can be such a challenge, we’re sure she’s not alone in feeling this way…

The Liv and Maddie alum, who identifies as queer, also noted that “sexuality and performative gender norms, societal rewards and identity” were really “throwing [her] for a loop, ”adding:

“What I am choosing to say is I am in process, im investigating, I’m struggling more than half of the time and I’m trying to maintain a quiet non judgmental curiosity rather than punishing myself for not knowing what I’m feeling or where I’m going. ”

Perhaps inspired by the way Cameron lived his life, she concluded on a positive note, musing:

“I am beginning to have a hope that the public platform that has been difficult for me to learn to take up space as myself in, can actually be the conduit for change / mutual support / exploration / safety. there is room for us to talk about the things that terrify us / can not be commoditized on a large scale, that can not be commercialized and easily sound-bitten. maybe the spaces that are the least human can become the most human, if we want that, and we can all let each other take up a little more space. i love you. ”

You can check out her full reflection (below).

Such a difficult but important topic to discuss, especially with her young fans! Thank goodness she’s finding some moments of levity and “healing” in these tough days!