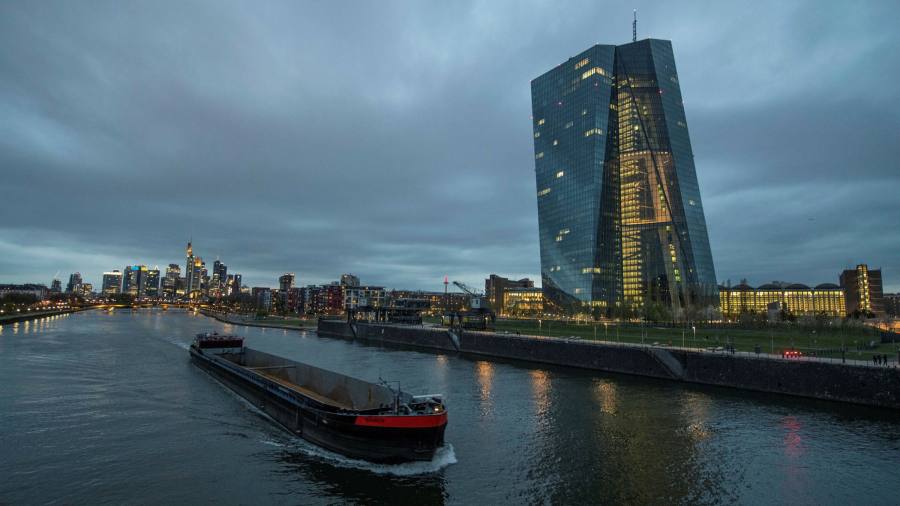 The war in Ukraine is driving inflation higher and hitting the economy harder in the eurozone than most other regions, European Central Bank President Christine Lagarde said on Thursday, as it stuck to its gradual timetable for removing monetary stimulus.

Some investors had expected the ECB to go further by bringing forward its plan for ending net bond purchases and raising interest rates. When it announced a continuation of its plans, the euro fell to its lowest level against the dollar since May 2020.

Policymakers on the central bank’s governing council, who met this week in Frankfurt, are grappling with how drastically to tighten monetary policy to tackle record inflation while assessing the risk of a sharp economic downturn caused by Russia’s invasion of Ukraine.

“The upside risks surrounding the inflation outlook have also intensified, especially in the near term,” said Lagarde, who joined the meeting by video link after testing positive last week for Covid-19.

Lagarde pointed out that after eurozone inflation hit a new record of 7.5 per cent in March, some financial market analysts and experts had revised their longer-term price growth expectations above the ECB’s 2 per cent target. “The last thing we want to see is the risk of a de-anchoring of inflation expectations [from the target]”She added.

She also said the “downside risks to the growth outlook have increased substantially as a result of the war in Ukraine”. The “euro area is probably going to be more exposed and will suffer more consequences from the war in Ukraine” than the US or other regions, she said.

Athanasios Vamvakidis, head of foreign exchange strategy at Bank of America, said investors had hoped for “something more specific” on when the ECB would stop buying more bonds and start raising rates. “On both counts there was nothing new,” he said. “It’s not that Lagarde was dovish exactly, she just wasn’t as hawkish as the market – particularly the forex market – was expecting.”

Analysts trimmed their bets on the chances of a July rate rise when the ECB president declined to be drawn on timing. The single currency fell more than 1 per cent to $ 1,076 against the US dollar, the lowest for two years.

“With the ECB more concerned with the inflation outlook than growth, it will continue to use the current window of opportunity to normalize monetary policy,” said Konstantin Veit, portfolio manager at asset manager Pimco, predicting it would stop net asset purchases in July and raise rates by 0.25 per cent in September.

“We’ll deal with interest rates when we get there,” Lagarde said, emphasizing that increasing price pressures had “reinforced” the council’s expectation that net bond buying would stop in the third quarter.

Her comments set up the ECB’s next meeting in June as being a key moment when it will decide exactly when to stop adding to its € 4.9tn portfolio of bonds and issue new forecasts showing how it expects the fallout from the war in Ukraine to impact inflation and growth.

Katharine Neiss, chief European economist at PGIM Fixed Income, said the announcement “suggests the door is now wide open to rate rises later this year” but, given the risk to growth from the Ukraine war, “the debate among the governing council will likely shift away from when to start raising rates, to when to stop ”.

Markets are pricing in an increase in the ECB’s deposit rate back above zero by the end of the year and to almost 1.5 per cent by the end of next year. But the central bank said any rate rise would be “gradual” and would only take place “some time” after it stops net bond purchases.

Lagarde was asked whether the ECB was working on a “new instrument” to counter a potential sell-off in the bonds of certain countries. But she only stressed the importance of flexibility and said it had shown the ability to build new tools “in short order”, such as in response to the pandemic. 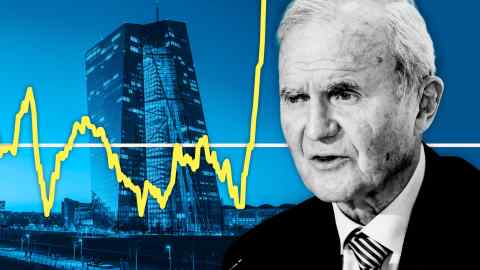 Many other central banks have stopped buying bonds and started raising rates. This week, the Reserve Bank of New Zealand and the Bank of Canada both raised rates by half a percentage point, while monetary authorities in South Korea and Singapore also tightened policy.

The US Federal Reserve is expected to raise rates by as much as half a percentage point at its May policy meeting, while the Bank of England has increased its main rate three times since December and is expected to do so again at its meeting next month .