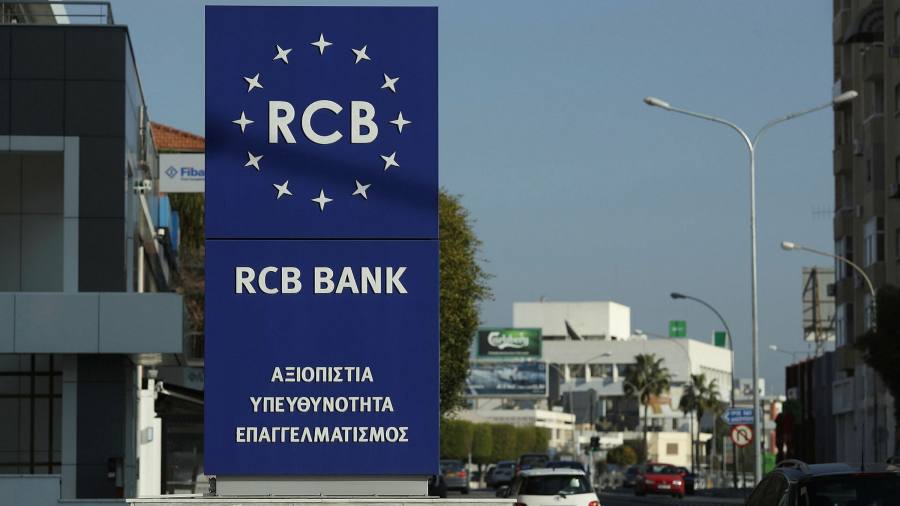 The European Central Bank has taken the unusual move of appointing a temporary administrator to oversee the wind-down of RCB Bank, a Cypriot lender with strong Russian ties, which has been barred from agreeing new loans, deposits or investments.

The move was announced on Thursday and means RCB, which was created as a subsidiary of Russia’s state-owned VTB Bank in 1995, will repay its € 2.8bn of customer deposits or transfer them to another bank, as first reported by the Financial Times.

RCB said in a statement on Thursday: “Although RCB has been, and remains abundant in liquidity and capital, the ongoing and extremely volatile geopolitical situation requires it to transform and adopt a new strategy – phasing out banking operations, while at the same time ensuring that the best interests of its clients are secured. ”

The lender, which agreed the transfer of VTB’s controlling stake to its management on the day Russia invaded Ukraine, said it planned to transform itself into “a regulated asset management company, given the substantial assets on its balance sheet”.

Formerly called Russian Commercial Bank, the lender is in effect winding itself up before customers’ concerns over the war in Ukraine lead to it suffering the same fate as the Austria-based subsidiary of Russia’s Sberbank, which was placed into administration this month after being hit by a run on its deposits.

Banks with Russian clients have been particularly badly hit by western sanctions that limit the size of new deposits Russian nationals can make.

“The ECB decided to appoint a temporary administrator to closely monitor RCB Bank’s liquidity position and capital position and to oversee the orderly repayment of its depositors,” the ECB said in a statement on Thursday.

“The temporary administrator will not replace the current management body, but instead work with it and support the orderly implementation of the bank’s voluntary phasing-out plan,” it added.