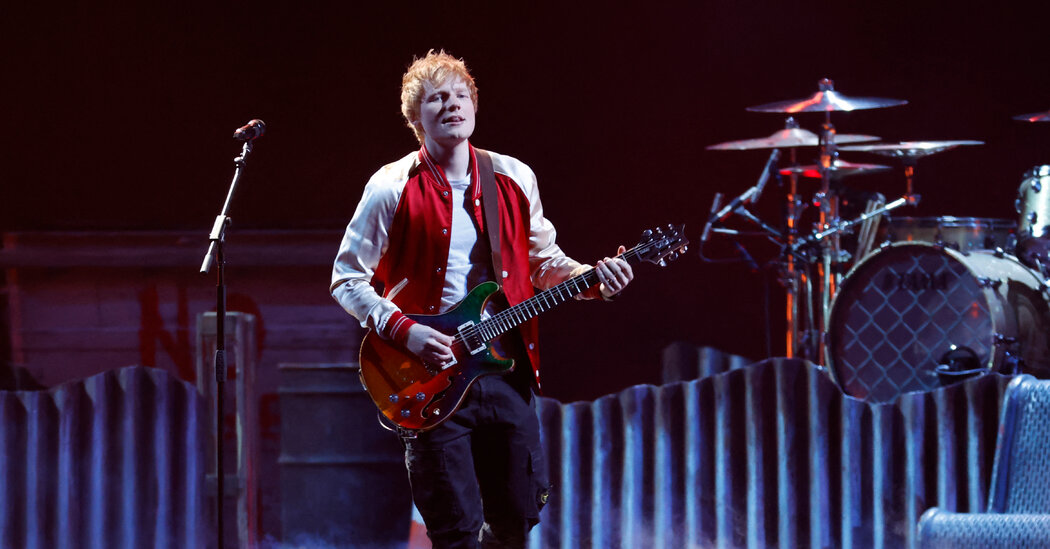 LONDON – Ed Sheeran did not steal from another songwriter when he wrote his 2017 megahit “Shape of You,” according to a highly anticipated court ruling here on Wednesday.

There was “no more than speculative” evidence that Mr. Sheeran had even ever heard “Oh Why,” Justice Zacaroli added, dismissing Mr. Chokri’s claim of copyright infringement.

The plagiarism case was only the latest involving a prominent songwriter, but recording industry executives have been watching the case closely, because of its potential to bolster other claims.

At the case’s heart was a tiny portion of “Shape of You,” which topped charts worldwide and is one of the most streamed songs on Spotify with over three billion plays. In the track, Mr. Sheeran repeatedly sings the hook “Oh, I,” which Mr. Chokri claims was based on a section of “Oh Why,” a 2015 track by the little-known British singer who performs under the name Sami Switch.

Justice Zacaroli’s ruling came after an 11-day trial at the High Court in London in March, which was the subject of intense news media attention. Mr. Sheeran was in court throughout, and sang from the witness stand while giving evidence. At one point in the trial, Mr. Sheeran’s legal team accidentally played one of his unreleased songs prompting Mr. Sheeran, shocked, to ask his legal team, “How did you get that?” according to a BBC News report.

The case dates to May 2018, when Mr. Sheeran and his “Shape of You” co-authors, who include Johnny McDaid of the band Snow Patrol, asked the High Court in London to declare that they had not copied Mr. Chokri’s work. Their claim arose after Mr. Chokri and a co-author notified Britain’s Performing Rights Society, a body that pays song royalties, that they should be credited as songwriters on “Shape of You.” The society then suspended all payments to Mr. Sheeran and his co-writers.

During the hearing, Mr. Chorki’s legal team tried to portray Mr. Sheeran as a habitual plagiarist. Mr. Andrew Sutcliffe QC said Mr. Sheeran was “undoubtedly very talented,” according to a report in The Times of London, but added: “He is also a magpie. He borrows ideas and throws them into his songs. ” Mr. Sutcliffe claimed that Mr. Sheeran only sometimes credited the songwriters that he borrowed from.

A lawyer for Mr. Sheeran told the court that Mr. Chokri’s song had received only 12,914 plays on YouTube in the two years following its release, and had been played only twice on British radio, meaning few people had a chance to hear it.

But Mr. Chokri, giving evidence, claimed that he knew Mr. Sheeran personally and that he had once met him at a branch of Nando’s, a chicken restaurant. Mr. Sheeran must have heard the song “through the many points of access that me and my team have shared,” Mr. Chorki said, according to the Times of London.

In his ruling, Justice Zacaroli wrote that while Mr. Chokri’s shock at hearing “Shape of You” was understandable, given the similarities between the two songs, such coincidences “are not uncommon.” Even if Mr. Sheeran had been looking for inspiration for the track, he added, Mr. Chokri’s track was “far from an obvious source.”