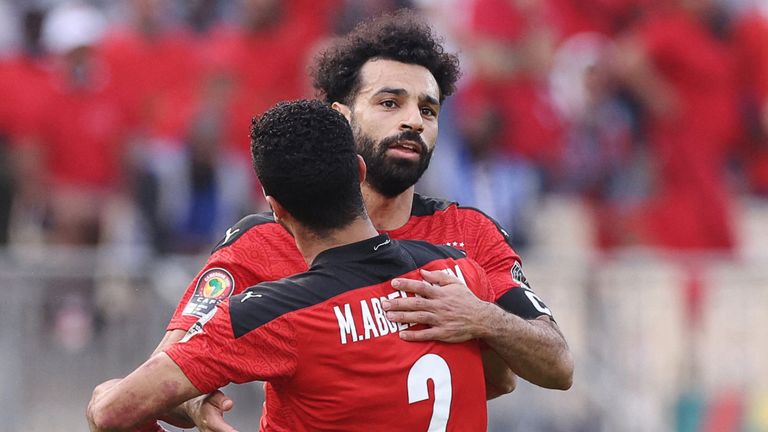 Mohamed Salah scored the equalizer and created the winner to inspire Egypt’s comeback on Sunday to beat Morocco 2-1 after extra-time and reach the Africa Cup of Nations semi-finals.

Egypt fell behind to an early penalty won by Achraf Hakimi and converted by Sofiane Boufal in the seventh minute.

However, Salah reacted to knock in a rebound to make it 1-1 in the 53rd minute and then sent in a perfect low cross for Aston Villa winger Trezeguet to tap in near the end of the first half of extra-time.

Egypt was left to rely on third-choice goalkeeper Mohamed Sobhy for most of extra time after an injury to Mohamed Abou Gabal, who was already in the team in place of No 1 Mohamed el-Shenawy.

Egypt held on though to make it through to face hosts Cameroon in the semi-finals, which is a repeat of the 2017 final that was won by Cameroon.

Egypt have not won the Africa Cup of Nations since its record-extending seventh title in 2010, with Salah making his debut for the national team the year after that triumph, although the Liverpool forward is still searching for a first major title with his country.

The Africa Cup of Nations tournament will be broadcast live on Sky Sports in January and February.

The tournament, originally scheduled to be played in June and July 2021, will be played in Cameroon between January 9 and February 6, 2022, with Sky Sports showing all 52 games live.

Twenty-four teams will take part, kicking off on January 9 as hosts Cameroon host Burkina Faso in Yaounde, before culminating in the final on February 6 in the capital.