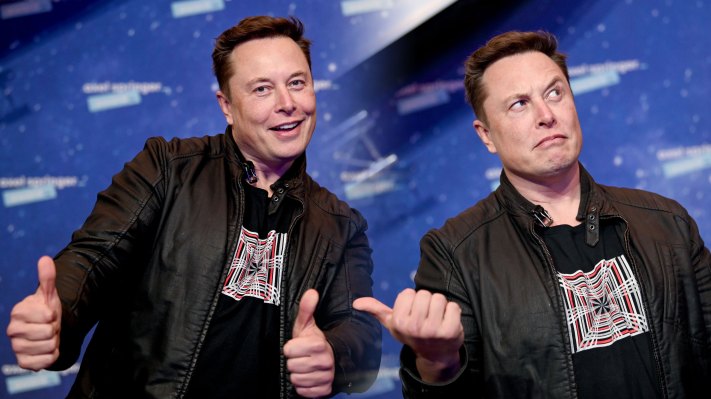 The same story has played out for decades.

A startup blossoms and thrives under the leadership of a larger-than-life personality. A plateau soon follows. The company’s focus moves from introducing an endless string of new products to making sure what it is building meets the demands of customers. The honeymoon period ends and a new era begins that is focused on the banal daily tasks required to consistently deliver quality products at a mass scale.

At some point, every company needs a Tim Cook. Today, that company is Tesla.

Right now, there is no heir apparent within the Tesla hierarchy. No one is poised to take over if CEO (and Technoking of Tesla) Elon Musk decides to call it quits and focus on some of his other companies or his music career. Tesla is Musk. His hands are in everything.

He dismantled the PR department and is disseminating company news via Twitter. Adding the Falcon Wing doors to the Model X was his last-minute idea. He was adamant that the company could build a car factory that was almost entirely automated. He also implemented the ability to pay with cryptocurrency, then took the option away, and then reintroduced it for Tesla vehicles and services.

Musk admits that he drives most new programs at the company, “not because I want to, but because I have to. ” That deep level of involvement early on in a company’s history is helpful. But if the future of the company relies on building quality products, one person ruling over everything can be disastrous.

Dave, I know you’re a fan, but this is a silly question. I do not run programs because I want to, but because I have to.

For example, the decision to build the machine that builds the machine delayed Model 3 production for months and created what the CEO said was a “production hell.” Musk eventually admitted creating a nearly completely automated factory was a mistake. The production of the Model 3 was delayed because of that decision.

It’s true that today Tesla is riding high, posting quarterly profits and record vehicle deliveries. That good news comes with its own set of problems. A single person micromanaging a growing organization can possibly keep up with the issues that arise as production grows. At some point, trusted individuals need to be given the opportunity to do their jobs and rein in issues – and be able to push back on whatever random idea the CEO comes up with without fear of reprisal.

Right now, Tesla is dealing with multiple recalls issued in the past few months, and the automaker is still dogged by reports of vehicles suffering from manufacturing issues. Plus, new vehicles (including the Cybertruck) have been delayed until at least next year. These are problems a CEO needs to tackle with the help of a team that can work independently.

And then there are the tweets. So many tweets.

Musk’s Twitter presence is… polarizing. It’s also likely detrimental to the brand. There is no press department within Tesla. All information flows from either the Tesla official account or Musk. That would be fine if the CEO’s personal account stayed on target and only evoked the many benefits of owning a Tesla. Instead, it’s a mix of memes, bad jokes, insults, replies to sycophants, politically charged takes, and the occasional piece of Tesla news.

You can not as a CEO compare someone to Hitler on Twitter and not think that it’s going to reflect badly on your company.

For the sake of the company, Tesla needs to look toward a future beyond the next whim of its CEO. A time where Musk isn’t at the helm. The best situation would be what happened at Apple.

For years, Apple’s business was deeply intertwined with its CEO, Steve Jobs. He pulled the company from the brink of bankruptcy and, with his team, built a lasting company that helped launch the smartphone revolution. It’s safe to say there would be no Apple without Jobs. But a company can not be one person forever.

Tim Cook joined Apple in 1998 as the senior vice president for worldwide operations – essentially day-to-day management of the entire company. In 2011, he was named CEO ahead of Steve Jobs’ death. Under his leadership, Cook has more than doubled revenue and profit. Cook does not have the bravado or vision of Jobs. Instead, Cook hires smart people to do their job and makes sure that Apple continues to be profitable and deliver quality products.

Tesla needs a Tim Cook. The automaker needs a leader (or leader in training) that can continue to deliver fun features like fart noises and video games and is also laser-focused on making sure vehicles are delivered on time to customers without issues. Tesla needs to make sure that for years to come, its customers have readily accessible service centers and can replace their vehicle in a timely fashion. Like it or not, other automakers are catching up and are happy to woo Model 3 owners with their own EV.

The automaker may be riding high on profits, but without proper nurturing, Tesla’s EV dominance could be usurped by one of its rivals. Musk isn’t really the nurturing type. Under his rule, vehicle deliveries are at an all-time high, but they’re still being met with continued reports of issues with vehicle build quality. That’s a problem that should have been solved years ago.

Recent reports show that Tesla has been delivering vehicles without a redundant steering controller – and failing to inform customers of this missing item. That controller is needed if the vehicles are to be FSD-ready. That type of decision erodes customer loyalty and turns away others looking to enter the brand.

If a current customer has an issue with their Tesla, getting it serviced is still fraught with miscommunication, long wait times and frustration. Customers tired of trying to have repairs done have taken to Twitter to share their experiences, only to be attacked by Musk’s sycophantic followers, a group that Musk himself has failed to even attempt to reign in.

Then there are the recalls. In the past few years, Tesla has issued recalls at the behest of the US National Highway Traffic Safety Administration for software issues with FSD that could cause the brakes to engage without warning, faulty seat belt chimes, suspension issues with the Model 3 and Y, and corroded power steering bolts on the Model S and X, just to name a few. More recently, features that Tesla added to vehicles now have to be removed. These recalls are the most troubling.

Every automaker has to deal with recalls, but not every automaker has to reverse features because they are deemed unsafe. Under Musk, Tesla pushed the ability for its cars to play whatever sound the driver wanted from the external speakers while driving down the road, potentially obscuring pedestrian warning sounds. It also pushed an update that allowed vehicles to roll through stop signs instead of stopping. Plus, it had to be told to remove the ability for video games to be played on the main infotainment screen while someone is driving the vehicle.

In response to the recalls, Musk tweeted that NHTSA is the “Fun police.” Actually, the agency is the safety police, and it’s in Tesla and the public’s best interest for the automaker to work with them to keep our roads safe for everyone, not just Tesla drivers wanting to play the Humpty Dance as they roll through a neighborhood.

To help Musk, Tesla and its customers, the best case scenario is someone who works with the CEO for a few years and can build up trust within the company, with the board, and, more importantly, with customers. The cult of personality around Musk requires that he wholeheartedly embrace this person as a leader so when Musk leaves or steps back from the CEO position, the masses are appeased.

Musk ceding complete control of one of his companies is without precedence. He may be the CEO of SpaceX, but he shares leadership responsibility with the president and COO, Gwynne Shotwell. Musk might tweet about SpaceX, but it’s Shotwell who runs the show. She is not just the public face of the company, although she is the executive who most frequently represents SpaceX at conferences and events and seems best able to articulate the vision and strategy behind its Starlink product. As president and COO, it’s Shotwell who runs day-to-day operations. If Musk ever decides to step down as CEO, Shotwell is ready to take over.

For SpaceX, its board, the US government, and partner companies, that has to be a source of relief. Betting space travel on a single person is a horrible wager because eventually, that person will be gone.

Unfortunately, Tesla and Musk are one. As far as the public knows, there is no plan B right now, except maybe having Andrew Baglino, the senior VP of powertrain and energy engineering, take over if something happens to the CEO. It’s possible that there is a succession plan in place. But without transparency, enacting that scheme could result in confusion, which could be devastating to the stock price.

Musk is running Tesla for now, and as far as we know, far into the future. But he will not be forever – and even if he is, there’s no guarantee his accumulated missteps won’t finally catch up to the company. For the good of its employees, stockholders and customers, there needs to be a plan – and immediate action.