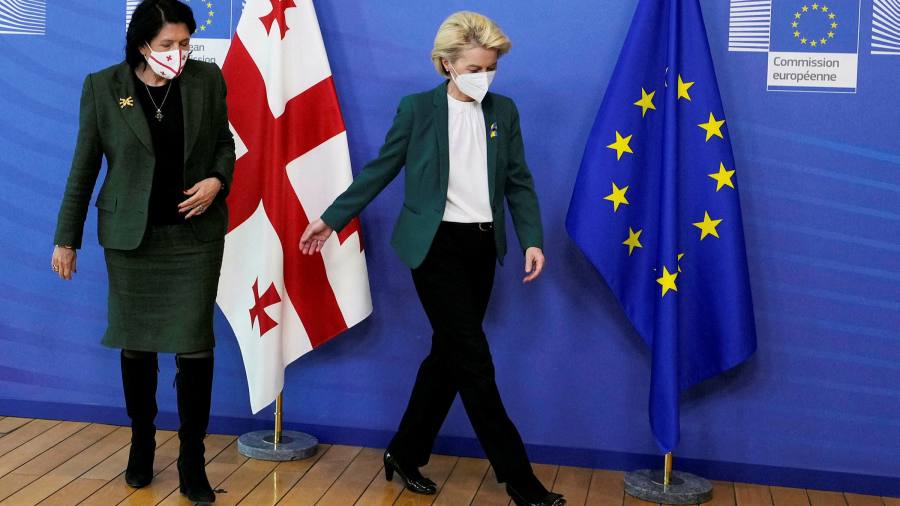 The EU must accelerate steps to admit Georgia into the bloc to protect it from Russia, the country’s president has said, suggesting Brussels had left it too late with Ukraine.

Salome Zourabichvili said that Russia’s invasion of Ukraine had created “a window of opportunity” for the EU to embrace nations in its neighborhood who aspire to be a part of the union.

“We do not need to give [Russia] the idea that there are soft spots defended by no one, ”she told the Financial Times.

Former Soviet states Georgia, Moldova and Ukraine have all declared their intention to become members of the EU, are members of the bloc’s Eastern Partnership initiative and have association agreements with it, covering trade ties and integration issues.

In his declaration of war last week, President Vladimir Putin of Russia said that military force was required to prevent a “western. . . empire of lies ”from expanding into Ukraine.

“Leaving these countries outside, without any form of defense or solidarity, has certainly encouraged Russia to think that the chance to recover those countries was not closed forever,” Zourabichvili said.

Russia’s invasion of Ukraine came 14 years after it fought a brief war with Georgia. Pro-Moscow separatists backed by the Russian military seized about a fifth of Georgia’s territory.

“Ukraine is fighting the fight for all of us,” Zourabichvili said, adding that Kyiv’s long wait for possible EU membership partly facilitated Putin’s attack.

“In a way the Ukrainian situation [has arisen] because this perspective was so far off, because [membership] was not materializing. ”

The EU has strict criteria for potential future members and certain standards that must be met before an application can advance through dozens of stages. Georgia is not yet an official applicant, while the most recent country to join, Croatia, took 10 years to go from application to membership.

Once seen as a model EU applicant country for its vibrant democracy and strong western perspective, Georgia’s star has waned in recent years amid allegations of breaches of the rule of law, disputed elections and a crackdown on the opposition by its governing party. Georgia said last year it would be ready to apply in 2024. 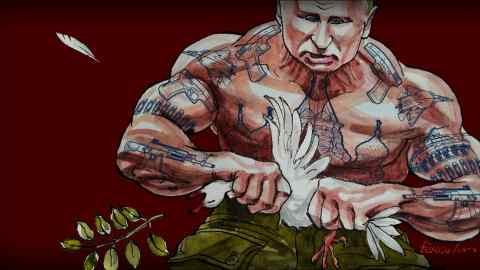 Zourabichvili said she welcomed the emergence of a “strong Europe” in the wake of Putin’s invasion, with the EU adopting severe sanctions against Moscow and agreeing to supply arms to Kyiv and with Germany pledging to bolster its defense spending.

She noted that the EU failed to show the same resolve after the 2008 war with Georgia or the 2014 annexation of Crimea. “Probably the lack of these reactions made Putin what he has become,” she said.

“There was always this idea before that if you were trying to comfort the Russian leadership, not confront them, try to find with them some form of accommodation, that would win them around. . . And it has never worked, ”she said. “And now we have the realization.”

Zourabichvili met Ursula von der Leyen, the European Commission president, and Charles Michel, the European Council president, on Tuesday. Following their talks Michel said that the EU understood “very well that it is important to make concrete progress to make sure that the strong ties between Georgia and the EU are very visible and tangible for the people in Georgia”.

“We have been waiting as long as Ukraine,” Zourabichvili said. “We are on the same path, we must be counted. . . We should not be forgotten. ”